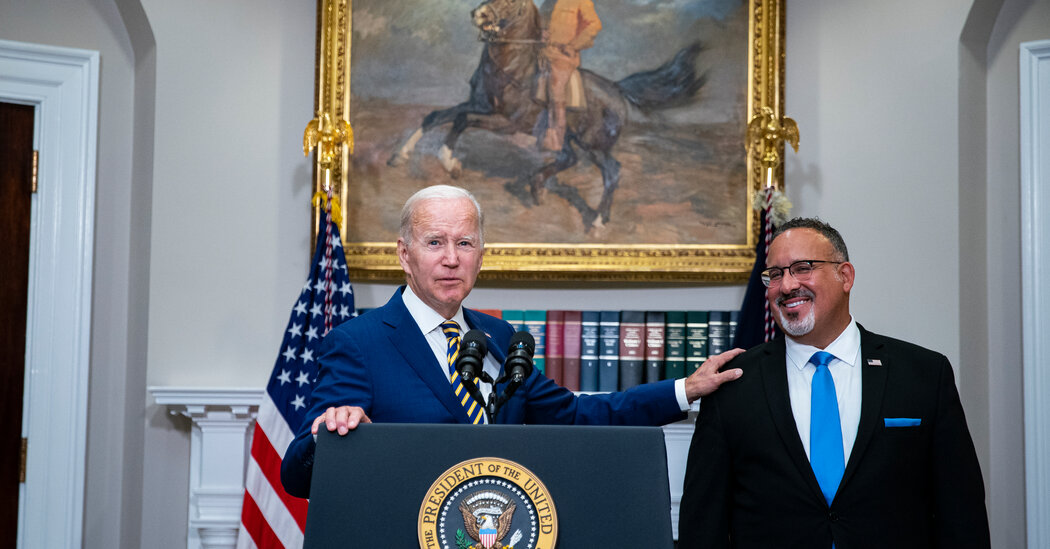 Federal student loans totaling $1.5 billion will automatically be canceled for nearly 80,000 borrowers who went to Westwood College, a for-profit trade school that shut down in 2016, the Education Department said on Tuesday.

“Westwood operated on a culture of false promises, lies and manipulation in order to profit off student debt that burdened borrowers long after Westwood closed,” said James Kvaal, the department’s under secretary. From 2002 until it closed, Westwood misled prospective students about its training programs and its graduates’ earnings and career prospects, according to the agency.

As it recently did for former students of Corinthian Colleges, the Education Department intends to wipe out the outstanding federal loans of those who attended from 2002 until the school closed without requiring borrowers to apply. The move significantly expands the $130 million in debt cancellation that the agency previously gave to 4,000 Westwood borrowers who applied through the “borrower defense to repayment” relief system, a program for those who attended schools that broke consumer protection laws.

Consumer advocates have been seeking that kind of automatic relief for all borrowers who attended schools that committed fraud. Agency officials said the decision to grant it for Westwood borrowers was “part of the Biden-Harris administration’s broader efforts to tackle the growing cost of college,” citing the sweeping plan for student debt cancellation and loan changes that the president announced last week.

They also said they would focus on preventing scammers from re-entering the industry, a common maneuver in the for-profit education market, to ensure “that executives who commit such harm never work at institutions that receive federal financial aid again,” Mr. Kvaal said.

Maharashtra: 19-year-old boy hangs self in Beed after mother switches off TV

Malaika Arora enjoys dip in a pool & cooking for beau Arjun Kapoor on...

How to Live in California in a Disaster Era