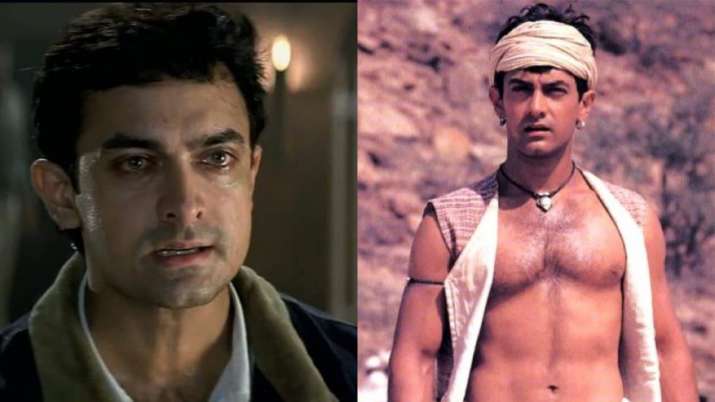 Bollywood megastar Aamir Khan has been one of the greatest gifts of showbiz. The actor is known to bring alive his characters on the big screen. Called Mr. Perfectionist, he never leaves a stone unturned when it comes to stepping into the shoes of his roles which is the reason he is loved by the masses. From his debut film Qayamat se qayamat tak in 1988 to Dangal and Ghajini, the actor has only turned better like wine throughout the years. Now, he is gearing up for his Christmas release Laal Singh Chaddha in which he will be seen playing a sardar.

Aamir Khan made his first appearance in Bollywood at the age of eight in his uncle Nasir Hussains film Yaadon Ki Baaraat in 1973 but rose to fame by proving his acting ability in 1988 with highly successful tragic romance Qayamat Se Qayamat Tak.

On his 56th birthday today, let’s recall some of his best roles on the big screen that made us laugh, cry, excited and emotional. Here are some of the best performances of Aamir Khan.

Qayamat Se Qayamat Tak was Aamir Khan’s debut film in 1988. It is a Romeo Juliet tragic drama in which he played the role of Raj. Despite knowing that their respective families are bitter enemies, Raj and Rashmi fall in love with each other and decide to elope. The film made Aamir Khan a star as viewers loved him in the film.

If you are a 90s kid, you must have watched Sarfarosh hundreds of times just like I have. The film featured Aamir as ACP Ajay Singh Rathore who saves the nation from a terrorist attack. The actor impressed the viewers in his tough cop avatar and his conviction was visible in his acting.

Ashutosh Gowariker’s film Lagaan: Once Upon a Time in India released in 2001. The film broke many records in India and also got a nomination at the Oscar. In the film, Aamir played the role of a rustic boy, who inspires clueless village folk to stand up to the tyranny of the British Empire.

Directed by Farhan Akhtar, Aamir Khan played the role of Akash in Dil Chahta Hai. He was this rich kid who dismissed love but eventually fell head over heels in love with Preity Zinta. The film also gives a strong message on friendship.

Aamir Khan played the role of fun-loving and high-spirited Daljeet aka DJ in Rang De Basanti. It was one of the most loved roles of the actor and the film was a cathartic experience. In the same film, Aamir also portrayed Chandrashekhar Azad and stood out from an eclectic ensemble cast.

In Taare Zameen Par, Aamir Khan pulled off the patient, restrained and quiet mentor’s role with aplomb. After the release of the film, every kid wanted a teacher like him in his school.

Aamir Khan’s drastic physical transformation was commendable in the film. He played the role of a wrestler as well as a father in Dangal. The actor’s performance left everyone speechless.