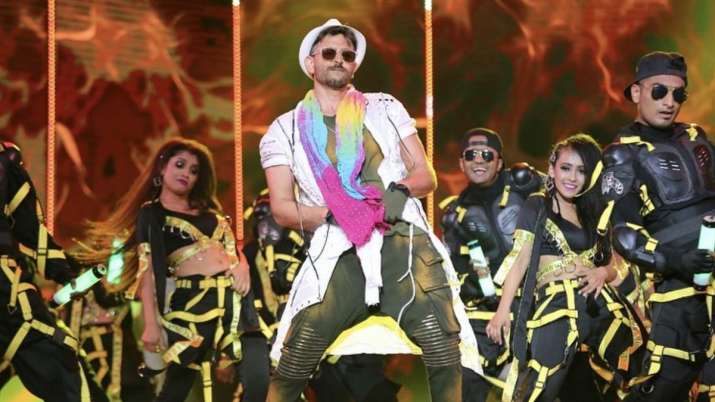 Bollywood’s Greek God, Hrithik Roshan celebrates his 47 birthday today. With killer looks, amazing dancing skills, and powerful acting, the handsome hunk is one of the most sought-after actors in the industry. Over a career spanning 21 years, Hrithik has showcased his versatility by portraying various challenging roles on screen. He is not just a remarkable actor but also a great dancer. Trust Hrithik to make a dance number look like a visual extravaganza. He is considered one of the finest dancers of the Bollywood industry. Hrithik Roshan made his Bollywood debut in the year 2000 with Kaho Na Pyaar Hai and ever since the actor has been able to deliver many blockbusters. On the occasion of Hrithik’s birthday let’s put on our dancing shoes and hit the dance floor on these ultimate dance numbers:

Ek Pal Ka Jeena is one of the classics featuring Hrithik Roshan. The song’s hook step became immensely popular during the time of the release of the film, Kaho Na Pyar Hai. And even today his fans try their best to ace the dance steps, just like Hrithik did in the music video.

You Are My Sonia

One of the most loved songs, You Are My Sonia from the movie Kabhi Khushi Kabhie Gham starring Hrithik Roshan with Kareena Kapoor Khan is an ultimate song that left Hrithik’s female fanbase in aww of his marvelous dancing moves and scintillating looks.

This superhit track from the movie Dhoom 2 was a sensation amongst the fans owing to Hrithik Roshan’s fluid dance moves and the upbeat energy of the song. Dhoom Again is considered to be one of the best dance numbers of the actor.

Hrithik unleashed his inner Micheal Jackson in some of the signature steps in the track. The hit dance number was crooned by Benny Dayal and Neeti Mohan. His steps in the song Bang Bang went on to even give birth to internet challenges where fans had to dance to the hook step of Bang Bang.

READ more...  UP Police team in Mumbai to probe case against 'Mirzapur' makers

This song made it to one of the most adored dance numbers of the year. Even today the song hits the top list of chartbusters. It’s upbeat music and energy gives a perfect vibe to hit the dance floor.

Hrithik Roshan was last seen in Siddharth Anand’s 2019 action blockbuster War. While Hrithik is yet to announce his next project, heres wishing him’a very happy birthday!