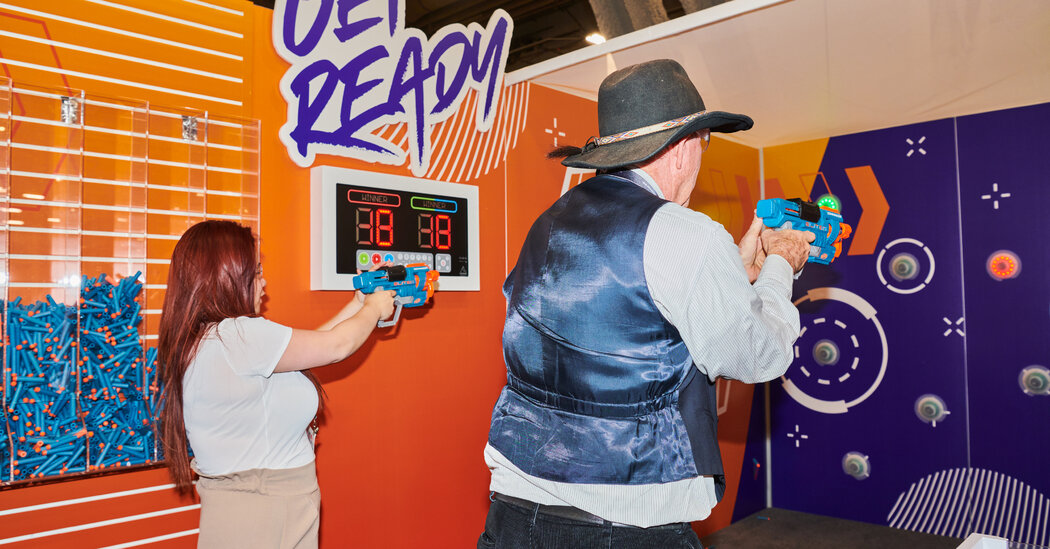 Hasbro said its revenue for the second quarter increased 1 percent from the same period a year ago, but profit grew by 10 percent, beating analyst expectations, as price increases and demand overcame higher costs and currency losses.

Hasbro’s earnings report is a promising sign for other companies that also sell discretionary products at a time when consumers are being squeezed by rising inflation and higher costs are eating into corporate profit margins. Many of those companies will report their quarterly results in the weeks to come.

Consumer prices in the United States jumped 9.1 percent in June, the fastest pace in 40 years. But that didn’t stop some shoppers from opening their wallets, with retail sales rising more than expected in June.

Hasbro raised prices in the second quarter, which helped the company make up for higher costs for materials like paper and plastic, Deborah Thomas, Hasbro’s chief financial officer, said on a call with analysts. The move could benefit its profit margin even more in the third and fourth quarters, she said.

Hasbro’s toys and games “tend to be small luxuries that consumers value pretty highly,” Chris Cocks, the company’s chief executive, said on the call. During economic downturns, fans of games like Magic the Gathering and Dungeons & Dragons in particular are “very resilient,” he said, “with a deep well of savings and a large amount of passion.”

The company’s business unit that includes Magic the Gathering and Dungeons & Dragons had its best quarter for sales ever, $420 million, up 3 percent from the second quarter of last year.

Hasbro recently teamed up with The New York Times to develop a board game based on Wordle.

In what is likely to be a theme at other multinational companies, Hasbro’s revenue was held back by a strong dollar, the company said, particularly for sales in Europe, where the euro recently fell to parity with the U.S. dollar for the first time in 20 years. Converting sales from other currencies into dollars cut nearly $33 million from revenue in the second quarter, Hasbro said.

The toymaker also said that Russia’s invasion of Ukraine would affect its results this year. Last year, $115 million of the company’s revenue came from Russia. “We will not have this revenue and associated operating profit in 2022,” Mr. Cocks said.

Hasbro’s shares jumped nearly 3 in early trading before settling at a gain of about 1 percent. Its rival toymaker Mattel will report its latest quarterly earnings on Thursday.