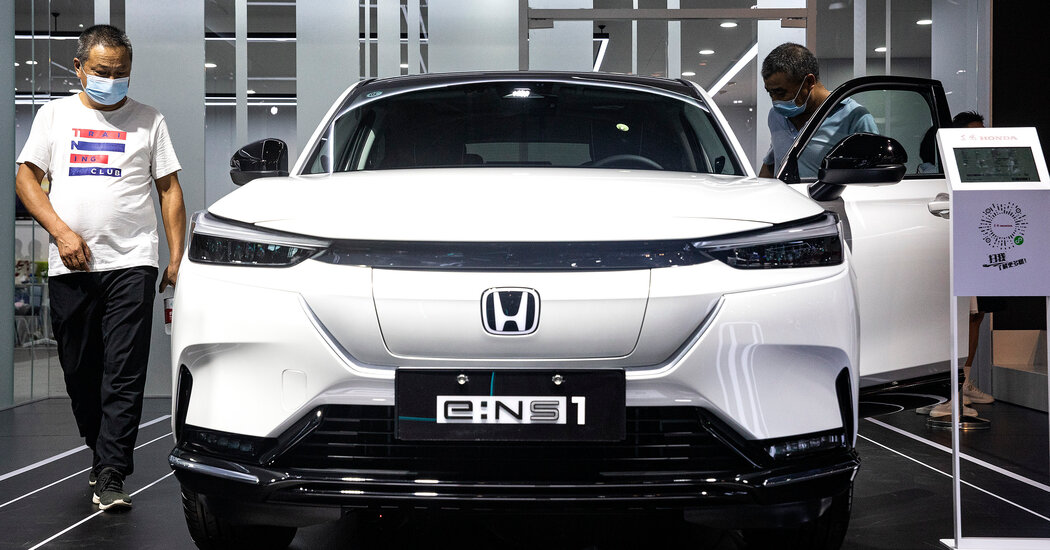 Honda and LG Energy Solution said on Monday they would jointly build a battery plant in the United States for a slate of new electric cars the automaker is working on.

The companies have not yet selected a site for the plant but hope to break ground by early next year. Honda has four U.S. assembly plants — two in Ohio, one each in Indiana and Alabama.

Honda and LG did not disclose how much they would invest in the factory.

The plant is one of about a dozen battery factories automakers and their partners are planning or have under construction as part of an enormous push to ramp up sales of electric cars and trucks. General Motors recently started production at a battery plant in Ohio and has others under construction in Michigan and Tennessee.

G.M. is also working with LG on its plants, and the automaker has a partnership with Honda to develop affordable electric cars.

The rush to build battery plants is part of one of the most profound shifts the auto industry has experienced in its century-long history. In an effort to cut greenhouse gas emissions, automakers are spending tens of billions of dollars to build new electric models and the factories to assemble them.

Last week, regulators in California said the state would ban the sale of new gasoline-powered vehicles by 2035. G.M. has said it hopes to phase out internal combustion vehicles by then, and other automakers have set similar goals.

Poster of Alia Bhatt as ‘Gangubai Kathiawadi’ out ahead teaser release