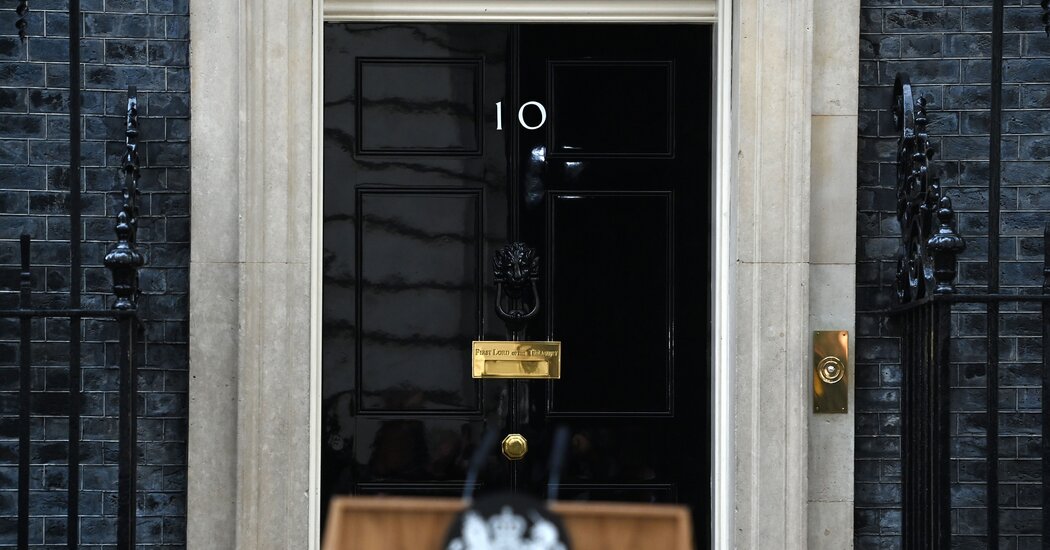 In the United States, too, the rise of inside-party primaries has empowered candidates at the extremes, and the result is likely to be a greater disconnect with the public.

The rise and fall of Liz Truss, Britain’s six-week prime minister, embodies a seismic and long-mounting change in British politics, though its cause and consequences may not always be obvious.

Ms. Truss was only the fourth British leader to win the job through a particularly American practice newly common in her country: a party primary.

As in most parliamentary democracies, British parties, for most of their history, chose their leaders, and therefore the prime minister, through a poll of party officials.

But in recent elections, Britain has shifted that power to party bases, which now select party leaders in elections somewhat like those held in the United States for party nominations.

This was intended to empower voters over back-room party bosses, elevating politicians who would be more representative and therefore more electable. But the consequences have been very different.

As in the United States, British primary voters tend to be more ideologically fervent and less inclined to moderation than are party bosses or even the median party supporter, surveys find.

This has, in both countries, tended to elevate candidates who are more extreme, with research suggesting that the effect has been to make politics more polarized and dysfunctional. Ms. Truss, and the policies that seemingly ended her brief tenure, have become prime examples.

Britain’s Conservative Party selects leaders first by winnowing down candidates in the traditional way: voting among party lawmakers. In four out of five such rounds, Ms. Truss was only the third-most selected candidate. In the fifth round, she came in second to Rishi Sunak, who is seen as more moderate.

But, since 2001, the party has put its final two leadership candidates to a vote among dues-paying members. Ms. Truss’s libertarian ideas were seen as risky and extreme among party officials. But they were embraced by primary voters, who chose her over Mr. Sunak.

More on the Situation in Britain

Those voters — about 172,000 of them — bear little resemblance to the average Briton. Roughly two in three are male. Two in five are 65 or older, double the proportion in the general population. Three in four voted to leave the European Union in the 2016 Brexit referendum, compared with only 52 percent of Britons, and 58 percent of all Conservative supporters.

Ms. Truss’s economic ideas may have wooed those primary voters, but her policies, and the economic shudder that followed them, alienated much of the rest of the country. Even many Conservative supporters, most of whom do not qualify to vote in primaries, told pollsters that they intended to vote for other parties.

In this case, the political shift brought about by primary voters’ pull toward an extreme was stark and, with Ms. Truss having resigned under party pressure, ultimately brief.

But it is of a piece with what a growing body of political science research suggests are deeper and longer-term changes brought about by the rise of party primaries in a few democracies.

Britain’s first leadership primary open to party members was held by Labour in 1994, part of an effort by that party to emphasize a connection to everyday citizens.

The Conservatives followed in 2001, responding to deep election losses, said Agnès Alexandre-Collier, who studies British party politics at the University of Burgundy in France. Conservatives also began holding primaries for some individual seats in Parliament.

This was intended to elevate Conservative politicians, Dr. Alexandre-Collier said, who would be “more modern, closer to the people, more in touch with the population, because the Conservatives were seen to be disconnected, out-of-touch elites.”

Primaries were a relatively untested concept in Europe. The United States had only begun inviting voters into the process of selecting party nominees in the 1970s and ’80s.

American party officials had long used control over nominations to block candidates who did not embrace party orthodoxy — and, often, to bar racial and religious minorities. Many Americans objected to this as undemocratic and divisive, pressuring parties to open up.

In Britain, it was David Cameron, then the Conservative leader, who in 2009 deepened his party’s commitment to primaries, surrendering party control over nominations in dozens of races.

“This will have a transformative effect on our politics, taking power from the party elites and the old boy networks,” he said at the time. A year later, he became prime minister.

But in both the United States and Britain, primaries brought other changes, too.

Party officials tend to overwhelmingly prefer moderate candidates over ideological ones, research has found. This holds true even in uncontested districts, suggesting that the preference runs deeper than electability considerations.

To activists looking to push their parties further left or right, this can look like a conspiracy to block change. To parties, it is often intended to enforce internal unity and cohesion, as well as what is known in European politics as the “cordon sanitaire,” or an informal ban on extremists and demagogues.

As primaries have shifted power from parties to the rank-and-file, these barriers have fallen away.

This has also granted individual lawmakers greater independence, allowing them to more freely buck party positions — but binding them to primary voters’ desires instead.

Mr. Cameron quickly saw his party fill with rebellious lawmakers who had won primaries by championing a position that party insiders had opposed: leaving the European Union.

At the same time, Mr. Cameron faced the prospect that, in any future leadership contest, his fate would be up to primary voters who also favored this policy. In 2016, partly as an effort to stave off these threats, Mr. Cameron held the referendum that ultimately resulted in Britain’s departure from the union.

This is why some political scientists now argue that a straight line can be drawn from the Conservatives’ use of primaries, and the power it handed to a small and ideologically committed faction of voters, to Brexit.

Jeremy Corbyn, a left-wing lawmaker long at odds with his party’s leadership, won a leadership vote in 2015 thanks to heavy support from primary voters.

But Mr. Corbyn took a soft line on Brexit, which saw his party’s support drop in polls and angered party officials who wanted Labour to champion a policy of remaining in Europe.

Still, even as Labour officials tried to eject Mr. Corbyn, primary voters kept him in power. During his five-year leadership, Labour failed to win a majority although Conservatives struggled through leadership crises and economic turmoil.

Those who have not subsequently fallen in line, like Representative Liz Cheney, who called Mr. Trump a threat to democracy, have often seen their careers ended by primary challenges.

“Democracy requires institutional forces of coordination to enforce collective action,” Dr. Victor said. “It comes in many forms. All of them can be called leadership.”

Still, in countries where voters now expect to select their party’s leaders, reverting that authority back to party insiders, even if their choices were sometimes more representative of the electorate, would surely feel to citizens like an unacceptable loss of democratic rights.

One exception was, briefly, France, whose two traditionally dominant parties held primaries for nominations to the 2017 presidential contest.

Voters in France’s right-wing party, which had been expected to win, chose a scandal-plagued candidate who was friendly with President Vladimir V. Putin of Russia, and who lost. The winner of the left-wing party’s primary went on to take only 6 percent of the national vote.

“This experiment was seen as an absolute failure,” Dr. Alexandre-Collier said. “It gave priority to the most populist leaders,” she added, as primaries have tended to do across countries.

Olympic-bound Indian shooters for vaccinated on Thursday before Croatia tour

NEET 2021: When will the medical entrance exam be held? Here’s what Education Minister...