For more than a century, the telephone has helped shape how people communicate. But it had a less profound impact on American Sign Language, which relies on both hand movements and facial expressions to convey meaning.

Until, that is, phones started to come with video screens.

Over the past decade or so, smartphones and social media have allowed ASL users to connect with one another as never before. Face-to-face interaction, once a prerequisite for most sign language conversations, is no longer required.

Video has also given users the opportunity to teach more people the language — there are thriving ASL communities on YouTube and TikTok — and the ability to quickly invent and spread new signs, to reflect either the demands of the technology or new ways of thinking.

“These innovations are popping up far more frequently than they were before,” said Emily Shaw, who studies the evolution of ASL at Gallaudet University in Washington, D.C., the leading college for the deaf in America.

The pace of innovation, while thrilling for some, has also begun to drive a wedge between generations of Deaf culture.

Perhaps the most dramatic example: To accommodate the tight space of video screens, signs are shrinking.

“My two daughters sign in such a small space, and I’m like, can you please stretch it out a little?” said E. Lynn Jacobowitz, 69, a former president of the American Sign Language Teachers Association. “We chat on FaceTime sometimes, and their hands are so crunched up to fit on the tiny phone screen, and I’m like, ‘What are you saying?’”

The problem is familiar to Dr. Shaw, 44, and her wife, who is Deaf. (Just as there can be different signs for the same thing, Deaf is capitalized by some people in references to a distinct cultural identity.) They have four children, ranging in age from 7 to 19, who often use the language differently — signing with one hand, for instance, for words that she and her wife might typically make with both.

“When they’re talking with each other, and with their peers,” she said, “I have a very hard time following the conversation.”

This is one well-known older sign for “dog,” which evokes the act of calling a pet to your side. It takes up more space and isn’t easy to see on small screens. 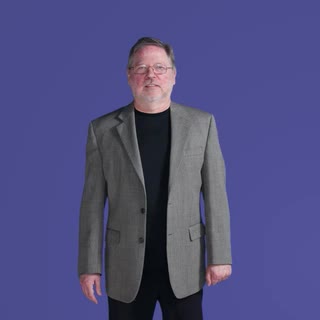 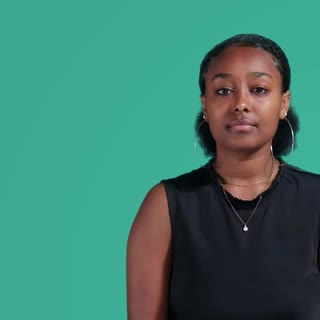 A newer, tighter version of the sign is based on the finger spelling of the word. The letters “D” and “G” are repeated twice, making the sign also look like a person snapping for a dog’s attention.

Even the oldest signs in ASL are still relatively young, by language standards.

American Sign Language was heavily influenced by French Sign Language, but it wasn’t standardized or formalized until the American School for the Deaf was founded in 1817. The number of people who use it is difficult to quantify (ASL isn’t an option on Census forms), but in 2006, researchers estimated that it was probably around 500,000.

From the beginning, signs that were more complex or crossed more zones of the body have tended to fall out of favor, experts said. But small screens appear to be accelerating that trend, both by encouraging tighter gestures and giving the new versions a way to spread quickly — just like a new dance move on TikTok.

“If a person sees someone they like on social media using a new sign, they might think it’s better and adopt it,” said Ted Supalla, a Deaf linguist who has researched the evolution of sign languages. “That’s a challenge for the community, because it’s a different kind of language transmission.”

Unlike spoken languages, American Sign Language is not typically passed down through generations of a family. More than 90 percent of deaf children are born to hearing parents, so they have tended to learn from institutions or their peers rather than parents.

That creates a higher degree of variation between different generations of deaf people than is typical with spoken languages, said Julie A. Hochgesang, a Deaf linguist at Gallaudet University who maintains an ASL sign bank that documents variations in ASL.

For a portion of the 20th century, many schools for the deaf were more inclined to try to teach their students spoken English, rather than ASL, based on harmful beliefs that signing was inferior to spoken language.

Today, with ASL on the upswing, young people might be learning it from Chrissy Marshall, 22, a deaf TikTok influencer living in the Los Angeles area. ASL has its own rules of grammar, but in her videos, she sometimes adapts her signs to more closely follow the English rules that her viewers might know better.

Those kinds of changes don’t sit well with everyone. MJ Bienvenu, 69, of Austin, Texas, quit an 87,000-member ASL Facebook group because she said too many people were using newly invented signs that didn’t fit the language’s existing guidelines.

“Many people were inventing signs that didn’t make sense,” said Dr. Bienvenu, who is a retired Deaf studies professor. “I feel like many people don’t realize that they bastardize ASL, and it harms more than it helps.” 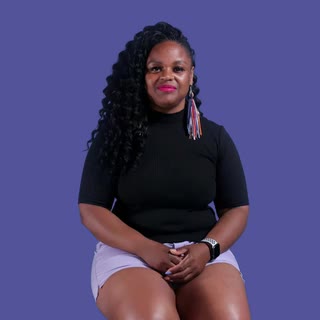 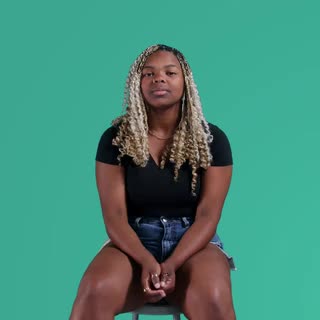 But most of the time, Ms. Jackson-Woodard and her family (including her daughter) sign “ice cream” as if they are licking it off a cone, which is the common sign in ASL.

Black American Sign Language developed separately from ASL because of segregation in deaf schools. Its evolution has been studied less than that of ASL, and the two can differ considerably, with variations based on regional and cultural norms.

BASL scholars say it is more similar to early American Sign Language than it is to the latest iteration. For example, BASL users tend to use more two-handed signs and a larger space.

Ms. Jackson-Woodard, 37, is a Deaf interpreter living in the Washington, D.C., area. She can observe some of the differences between ASL and forms of BASL in her own family, which includes multiple Deaf generations.

“He signs ‘ice cream’ the way he does,” she said of her grandfather, “because back then, he couldn’t afford a cone, so he ate ice cream in a bowl. He’d combine ice cream and milk in a bowl to make creamy ice cream.”

Ms. Jackson-Woodard switches among different BASL signs depending on whether she is chatting with her grandfather, her parents or her children, and does the same in ASL or BASL, depending on the audience she is interpreting for.

“I think it’s important to keep the old signs,” she said, “because maybe one day you’ll use it again.” 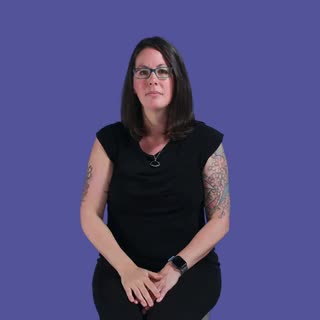 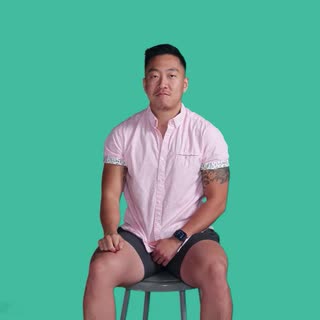 One newer version of “parents” is done in the middle of the face, in an attempt to avoid gendered signs for parents who are nonbinary.

Though some people hold onto the older signs, a growing number of younger ASL users are adopting new ones that reflect shifting cultural norms.

Many L.G.B.T.Q. people who are deaf have used a gender-neutral sign for parents for years, alongside versions of the word “parent” that involve signing “mom” or “dad” twice. Leslye Kang, 30, of Washington, said that when he sees someone incorrectly using the old sign for parents, he’ll speak up.

“If the word is not culturally appropriate, I’ll correct the sign,” said Mr. Kang, a graduate student and assistant basketball coach at Gallaudet. “With other older signs, I’ll leave people alone because I respect their heritage and recognize that their signs have been passed down through generations.”

Many signs are metaphorical, linking visual objects or gestures to concepts. So when cultural shifts change the very concept of a word, a sign may no longer make sense.

One example, according to linguists like Dr. Shaw, is the word “privilege,” which is increasingly used in discussions about which groups have more social advantage, such as white privilege or male privilege.

One older sign for “privilege” could also mean “benefit,” “gain,” “credit” or “profit.” It looks like putting a dollar into a shirt pocket. 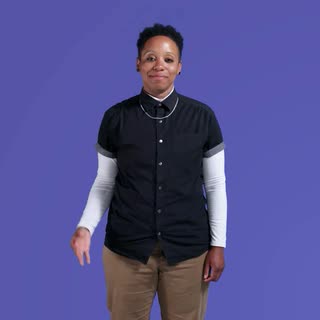 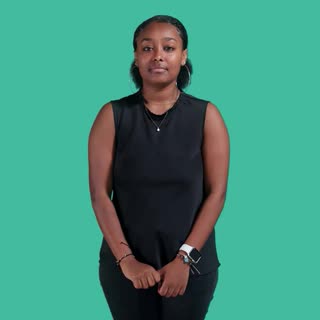 A newer sign visually represents someone being raised up, or put ahead, and is reminiscent of the ASL sign for “inequality.”

While that particular older sign for “privilege” worked well when expressing wealth advantages, it doesn’t fit as well when discussing social privilege, said Benjamin Bahan, an ASL and Deaf studies professor at Gallaudet.

“You want to really emphasize the point that when someone has ‘privilege,’ they’re in a position where they have more rights and more access to things in an unequal way,” he said of the newer sign.

Although the differences can sometimes lead to tension, ASL linguists emphasize that there is no right or wrong choice for a sign — because language is shaped by those who use it.

The longer and more widely a sign is used, the more standardized it becomes, and ASL is still a fairly young, dynamic language that has overcome decades of stigma. The best way to figure out which words to use, Dr. Hochgesang said, is to connect with deaf communities.

“Signs themselves are nothing without the people using them,” she said.

Signers in order of appearance:

The videos for this article were filmed in Washington, D.C. Several of the subjects are associated with Gallaudet University, home to many prominent ASL scholars. Robert Weinstock, a spokesman, provided assistance.

Design and development by Eden Weingart. Produced by Heather Casey.

After rally and roadshow, Shah enjoys dinner at ‘dhaba’ in Tamil Nadu

AAP will contest elections in six states, including UP, Himachal Pradesh, Gujarat: Kejriwal

Manipur govt approves reopening of schools for class 6 to 8 students from March...

Here’s what Indian Railways has to say on fixed date for resumption of all...