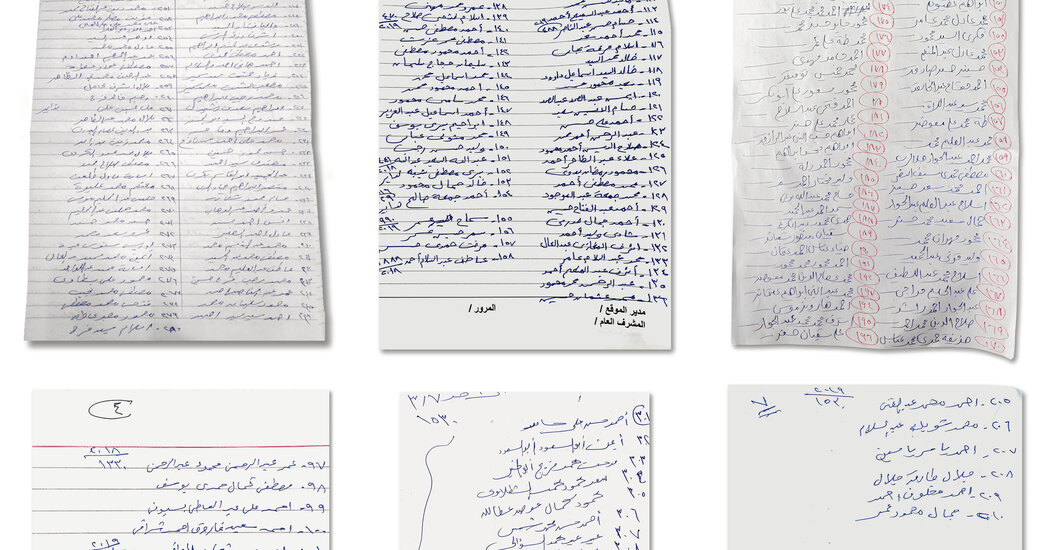 There was no public accounting of the prisoners in the black hole of Egypt’s indefinite pretrial detention. Until now.

A New York Times investigation found that Egypt is holding thousands of people in a system of pretrial detention that can be extended indefinitely, stretching Egyptian laws limiting such detention and allowing the government to imprison people without having to prove its case in a trial.

No public accounting exists of how many people are held in this system. Our analysis put a number on the detainees trapped in this system for the first time.

From September 2020 to February 2021, at least 4,500 people were being held in pretrial detention who had been there for at least five months.

That number is not a full reckoning.

It leaves out Egyptians who were arrested and released before the five-month mark, the first time a court appearance is required. It only includes detainees in the Cairo court system, not those prosecuted outside the capital. And it does not include prisoners held in police stations or military camps, or others who have simply disappeared.

We spent the better part of a year digging into the system to report on how it is used, the conditions of the prisons and how many people are trapped inside them.

We found that a group of volunteer defense lawyers had been keeping handwritten logs of all the cases passing through Egypt’s special terrorism courts. Detainees generally have a hearing in the court after five months of detention.

As each case was announced, the lawyers recorded the names of the detainees, their case numbers and the dates they appeared in court. On some days, court officials allowed them to photograph the dockets.

An Egyptian rights group, the Egyptian Front for Human Rights, had been collecting copies of the lawyers’ notes and provided them to The Times.

We focused on a six-month period, which gave us enough data to track the ins and outs of a revolving-door system in which detainees appeared in court every 45 days.

Our first task was to try to match the names and case numbers. That was not as straightforward as it sounds.

We transcribed every handwritten name on the lists into a database, transliterating them from Arabic to English.

Some of the handwriting was difficult to make out. In other cases, the lawyers had omitted some of the multiple family names that Egyptians traditionally have, writing down one surname some days, two or three on others.

Because detainees reappear in court periodically, we had to make sure we were counting the number of people, not the total number of court appearances.

We wrote custom software that matched similar names with the same case number across different dates that they appeared in pretrial detention. By comparing the phonetic sound of each name, we could match individuals even when alternate spellings were used for different hearings. After manually checking each match, we had a set of data that could track each person’s path through the system.

Our other reporting — including interviews with families of detainees, experts, defense lawyers, prisoners and ex-prisoners — made it clear that there would be gaps in our data.

Families spoke of loved ones who had been arrested by security officials and then disappeared, never coming before prosecutors or judges. Some former prisoners said they had met other detainees in police stations or security service offices who had been held for months without having their detentions formally extended.

None of those people would be on our list.

Even if we had the full number of those held in pretrial detention, they represent only a fraction of Egypt’s political prisoners, many of whom have been tried and sentenced. Rights groups and researchers estimate that Egypt currently holds at least 60,000 political prisoners, people whose only crime was criticizing the government as well as those accused of terrorist activity.

We may never have a full reckoning of the number of people detained on political grounds in Egypt. But now a piece of the picture that had existed in the shadows has come to light.

Naomi Osaka Withdraws From your France Open up Right after Getting Fined on her...