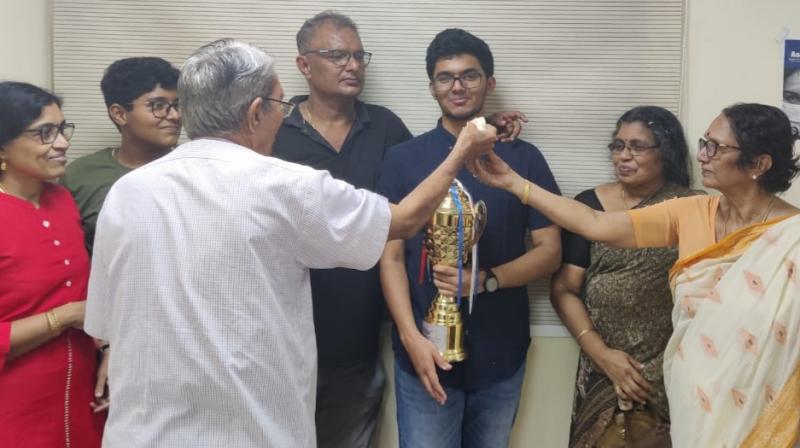 Hyderabad: Mrinal Kutteri from Hyderabad, Telangana has been stated as the nationwide topper, in addition to 2 others, in the medical entryway exam, the National Eligibility orgasm Entrance Test. Numerous others from the state, along with from Andhra Pradesh, have actually discovered a place in the top 20 lists of students who succeeded in NEET, the outcomes of which were declared on Monday evening.

Sharing the leading area with Mrinal, was Delhi’s Tanmay Gupta and Maharashtra’s Karthika G Nair, according to the National Testing Firm that performs NEET. Mrinal, is a resident of Radha Krishna Nagar in Malkajgiri in the city.

The exam was held on September 12 with more than 16 lakh trainees from throughout the nation taking it, and all admissions for undergraduate medical and dental education seats are to be done based on NEET outcomes.

From Andhra Pradesh, the topper in the state was Chandam Vishnu Vivek, who was stated as securing all-India fifth rank with couple of other trainees.

However, in the leading 20 prospects, Telangana and Andhra Pradesh had one trainee each, Khandavally Shashank, and Gorripati Rushil respectively, in addition to Mrinal, who is the national topper.

In the individuals with specials needs classification among male students, Adireddi Srinivas found a place in the national top 10 trainees.

The NTA stated amongst the financially weaker section category students, one trainee each from Telangana and Andhra Pradesh, Ch Vaishnavi and kandi Sunanda Reddy, found a location in the leading 10. In the SC, and ST classifications, Mesa Rohin Prabhu from Telangana, and Vadithya Jayanth Naik, Kolakulam Manvitha from Andhra Pradesh, and Kethavath Vijay Chander from Telangana discovered a location in the top 10 students lists, the NTA stated. And in the OBC Non-Creamy Layer category, two trainees from Andhra Pradesh– Chandam Vishnu Vivek, and Thentu Satya Keshav, are among the leading ten list, according to the National Screening Agency.

IPL 2021: RR skipper Sanju Samson says he had lost hopes of win against...