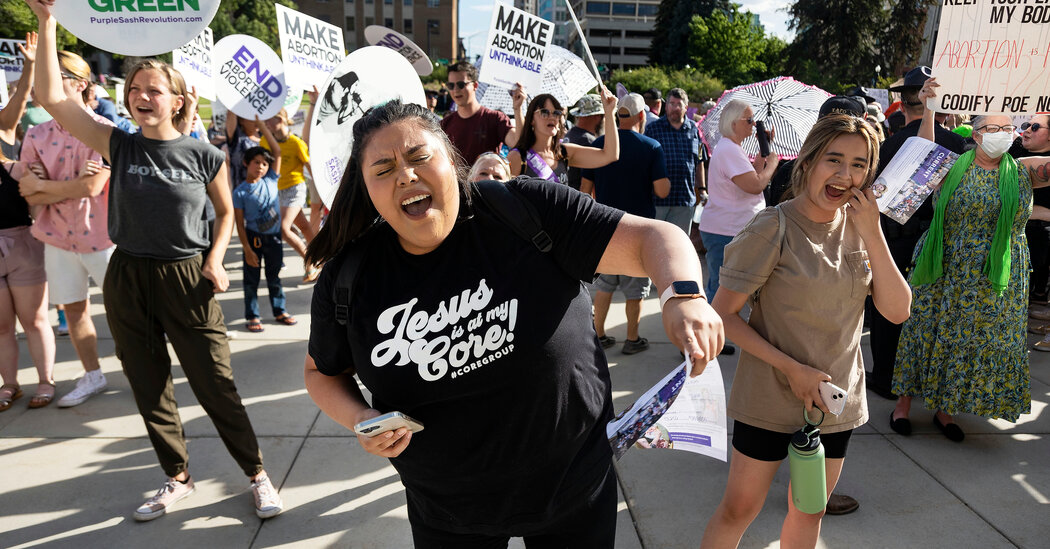 In a late Friday ruling, the state’s highest court said that a ban could begin at the end of the month while legal challenges are reviewed.

Idaho’s near-total ban on abortion can go into effect at the end of August while legal challenges to the restrictions are reviewed, the Idaho Supreme Court said in a ruling late Friday.

As a result of the decision, the ban is scheduled to begin on Aug. 25.

The Court issued the decision based on three lawsuits filed by a Planned Parenthood chapter and a local doctor this year to block three Idaho laws that were to take effect if the U.S. Supreme Court were to overturn Roe v. Wade, which it did in June. The petitioners had asked the court not enforce the abortion restrictions until the suits were settled.

The first lawsuit was aimed at halting a law that would make it a felony to perform an abortion, though it allows doctors to cite rape, incest or an effort to save the life of a pregnant woman as a defense in a trial. Another suit sought to curb a law that criminalizes abortions after six weeks of a pregnancy. The chapter had also filed a suit against a law that allows relatives of a fetus or embryo to sue the abortion provider, and establishes a reward of at least $20,000, plus legal fees, within four years of an abortion.

Though other states have banned abortion at conception and instituted harsh penalties for abortion providers, the federal government says that the Idaho law runs afoul of federal guidelines in providing health care when a pregnant woman’s health is at risk. The Department of Justice took the rare step of filing its own suit against the state in federal court and has asked for the law to be put on hold. That lawsuit, the first federal suit filed to try to protect abortion rights, is scheduled to be heard on Aug. 22.

“What petitioners are asking this Court to ultimately do is to declare a right to abortion under the Idaho Constitution when — on its face — there is none,” wrote Justice Robin Brody for the majority, along with Chief Justice Richard Bevan and Justice Gregory Moeller. “In fact, before Roe announced a federal constitutional right to abortion in 1973, abortion had been a longstanding criminal offense in Idaho.”

Two dissenting justices — Justices John Stegner and Colleen Zahn — said that the laws should not be enforced until there was legal clarity.

“It’s been a little over a month since the U.S. Supreme Court disregarded 50 years of precedent and threw patients across the country into a world of chaos, fear and confusion,” Rebecca Gibron, the acting chief executive of the Planned Parenthood chapter that had filed the suit, said in a statement. “The Idaho state legislature has made it abundantly clear that this is the future they want for their constituents, and today, the court allowed their vision to become a reality.”

Kartik Aaryan took on role most actors would shy from: Janhvi Kapoor on Dostana...