In spite of gazette, all tasks on Krishna and Godavari now under TS control 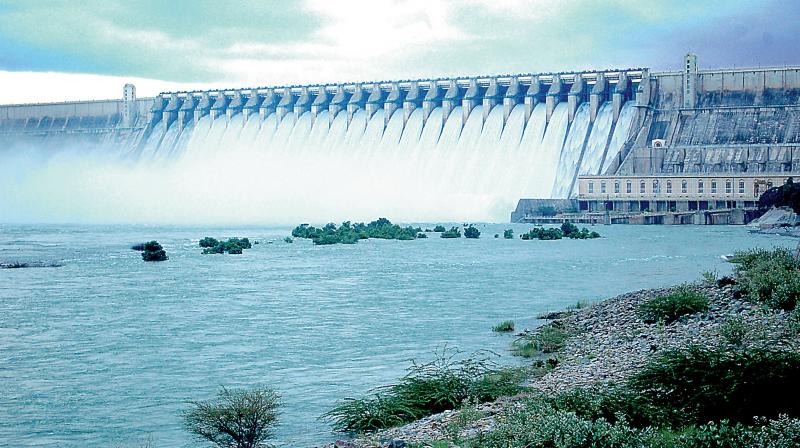 Hyderabad: The Centre’s much-hyped gazette on irrigation projects entered into force on Thursday but all the tasks on Krishna and Godavari now remain under the control of the Telangana government.

While AP government provided orders on Thursday handing over jobs on Krishna to KRMB, the TS government did not release such orders.

The Centre provided the gazette on July 16 bringing all projects on Krishna and Godavari under the jurisdiction of the particular river boards– KRMB and GRMB — with result from October 14.

The Centre too appears not keen on a takeover of the jobs anytime soon as no clear instructions were offered to the TS government to turn over the tasks within a prescribed duration.

This being so, the TS federal government rushed off a letter to KRMB on Thursday stating that it will not hand over its hydel power stations at Srisailam and Nagarjunasagar. Besides, it also sought several modifications in the minutes of the KRMB meetings held because July demanding that AP must not divert more than 34tmc from Srisailam tank.

The Centre had determined 49 projects with all their outlets in Krishna to be taken control of when the gazette was issued in July.

This number came down to 29 by August, even more to 21 in the October 10 meeting and to 15 in the October 11 conference. However, the Centre could not take over even these 15 projects.

In the Godavari, an arrangement was reached only to turn over the Peddavagu, a joint project of TS and AP.

As if this was not enough, the TS federal government designated a committee to examine which tasks might be handed over to the Centre and submit its report in 15 days.