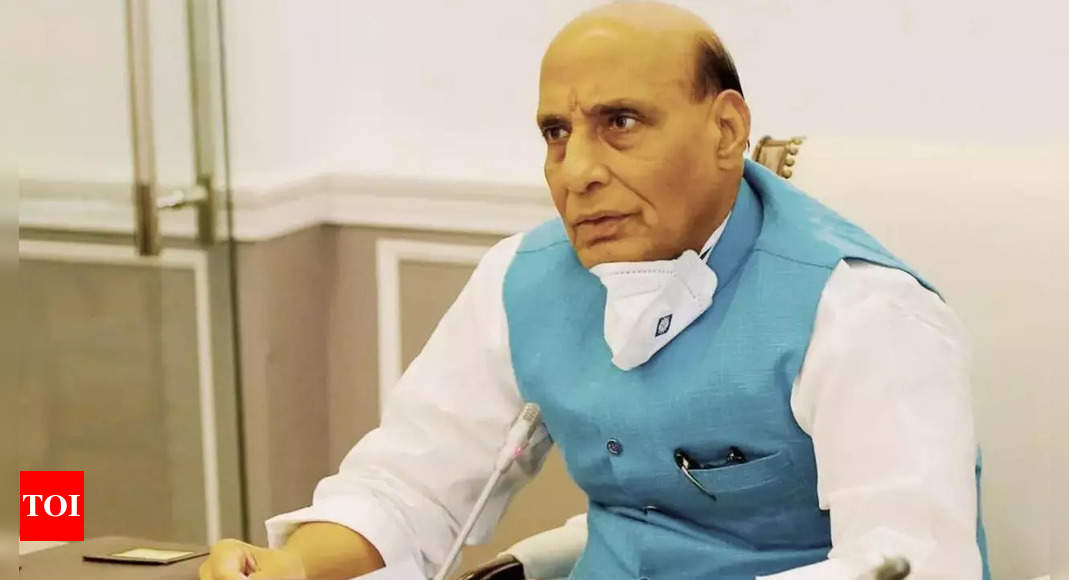 NEW DELHI: India was not taken seriously when it spoke at international forums till a couple of years earlier, defence minister Rajnath Singh stated on Friday.
Addressing an NCC occasion, he stated the Covid-19 pandemic not struck, India’s economy would have grown to $5 trillion by 2024.
Singh, however, worried that India will probably take a year more to reach the target of a $5 trillion economy.
“India’s power has increased today. Its worldwide reputation and trustworthiness have actually increased, whether it remains in the IT sector, education sector, trade, defence or economy. India is growing in all of these sectors,” Singh said.
“We are continuing in economy. India is the third-largest nation in terms of acquiring power parity,” he stated, adding, “We will also accomplish a 100 percent literacy rate in the next few years.”
While observing that India “utilized to import whatever, even small arms, from abroad” earlier, the defence minister stated the country is amongst the top 25 defence exporters of the world.
Singh stated, “Till simply a couple of years ago, the situation was such that nobody used to take India seriously when the country spoke at international forums.”
India is the only nation that has actually offered a message of ‘Vasudhaiva Kutumbakam’, the whole world is one family, he stated.
“India’s culture is the best. You will say that every country needs to be stating the very same. But I can offer you 20-25 examples to prove that India’s culture is the best culture,” Singh kept in mind.
The minister congratulated the NCC cadets for their vibrant dance performance throughout the ‘Vijay Shrinkhala’ occasion commemorating the 50th anniversary of India’s success over Pakistan in the 1971 war and India’s 75th year of Self-reliance.