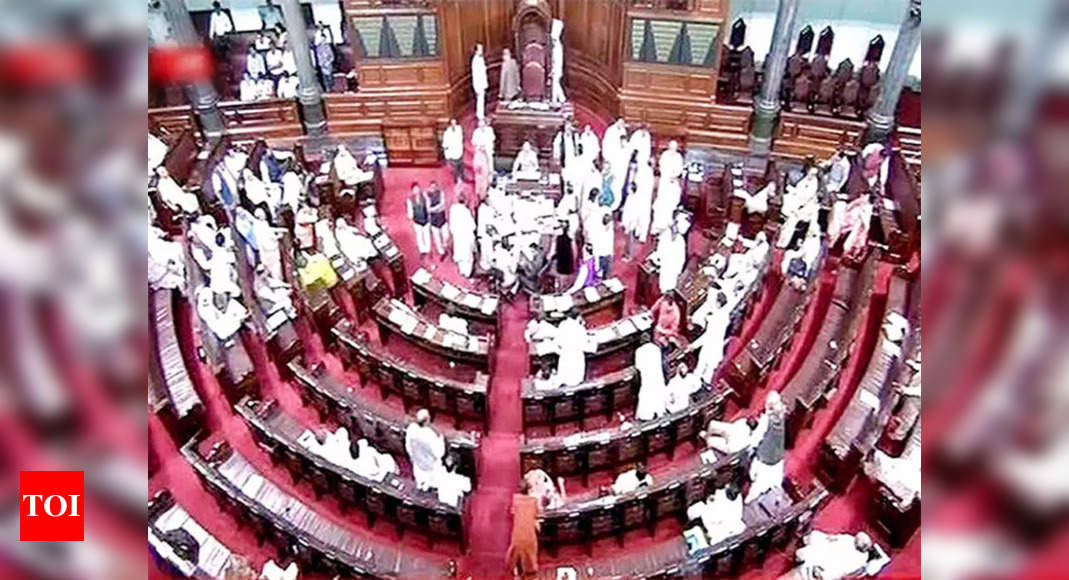 BRAND-NEW DELHI: Within hours of the Election Laws (Change) Bill 2021 being passed amid protests in Lok Sabha on Monday, opposition celebrations decided to oppose it in Rajya Sabha and boycott business Advisory Committee meeting “contacted a hurry” to slot time for it on Tuesday in the Upper Home.
When marshals was available in around 5pm to inform flooring leaders in the Upper House that a BAC meeting has actually been called by the Chair at 5.30 pm on Monday, TMC MPs decided to oppose the costs and not participate in the conference at such a brief notice. They went out of Home in protest and Congress members led by Leader of Opposition Malikarjun Kharge followed and so did CPI, CPM, RJD, AAP, SP, NCP, Shiv Sena, IUML, DMK, MDMK among others.
Most opposition celebrations have decided to oppose the legislation and demand the bill to be sent to a Joint Select Committee. TMC chief whip in Rajya Sabha Sukhendu Sekhar Ray informed TOI, “Now it appears 12 opposition members were expelled from the Home with a clear intention– to pass this Expense in the last leg of the winter session.”
CPM responded stating, “This bill has the risk of violating both secrecy of the vote undermining the principle of secret ballot and the fundamental right to privacy.” Congress Lok Sabha MP Manickam Tagore said, “The government presented the bill at 12.15 pm and passed it 2.45 pm, without conversation. MPs were offered no time to move amendments.”
Alleging that “everything has been done in a hush-hush manner and in extreme rush,” Ray stated, “initially, no scrutiny of the costs by Standing Committee was done. Second, there was an effort to affect the Election Commission as PMO asked its functionaries to sign up with a conference which is extraordinary. Third, all of a sudden the BAC conference was called today for allowance of time for this Costs,” on why TMC and other parties protest the bill.