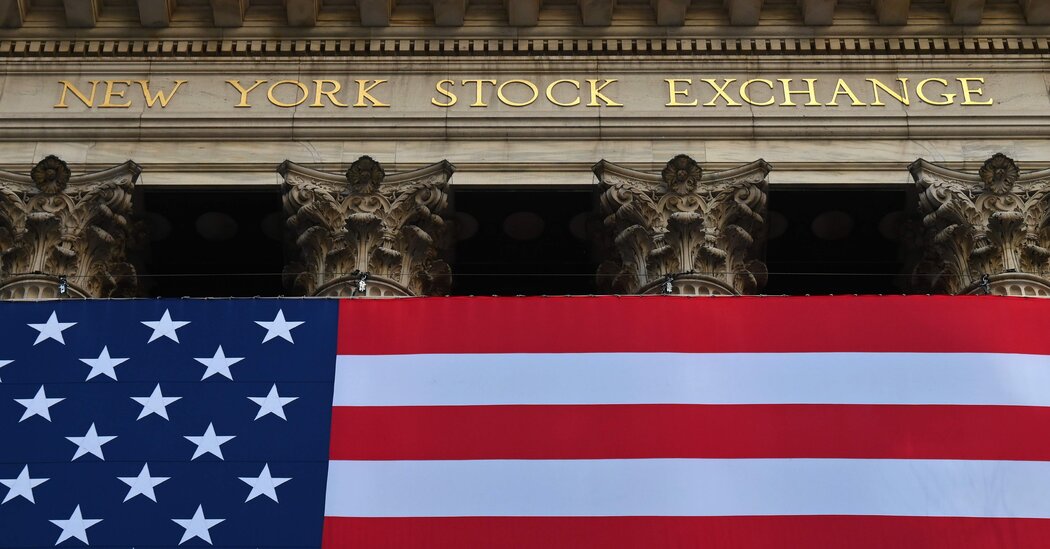 Stocks were steady on Tuesday morning as voters in the United States headed to the polls and investors bet on Republicans flipping at least one chamber of Congress in the midterm elections.

Futures on the S&P 500 stock index rose slightly on Tuesday morning in premarket trading. On Monday, the index recorded a 1 percent gain.

Many analysts and investors expect the midterms to provide a tailwind for the stock market if the result is gridlocked government, in part because it implies a lower likelihood of major legislative changes that could affect company valuations.

Analysts at Morgan Stanley said on Monday that Republicans taking control of the House or Senate could restrict the spending plans of President Biden and Democrats, potentially lowering Treasury yields and raising stock prices.

“The markets prefer a more divided government,” said Eric P. Beiley, the executive managing director of Steward Partners, a wealth management firm. “If the Democrats hold I think you could see markets decline,” he added.

But the data on past market performance around the midterms isn’t always so clear.

According to Sam Stovall, the chief investment strategist at CFRA, a research firm, the S&P 500 has risen by an average of 0.6 percent the day after midterm results are announced, for data going back to 1970. The largest recent jump came in 2018, when the index rose more than 2 percent after Democrats flipped the House during President Donald J. Trump’s term.

However, analysts at the research and indexing firm MSCI looked at the performance of U.S. stocks in the three months before and after midterms since 1978, and found that investors seemed to prefer the status quo — whatever it was at the time — versus a change in control.

“The status quo generally translates into continued stability of the policy and economic road map with the reigning political party maintaining similar levels of control in terms of achieving its mandate,” the MSCI analysts wrote.

Taking a longer view, Megan Horneman, the chief investment officer at Verdence Capital Advisors, noted that of the potential outcomes after the midterms — Democrats retain control, Republicans sweep or control of the House and Senate is split — the average annual return of the S&P 500 in each case was over 10 percent, going back to 1929.

“The main thing to remember is that the markets tend to rally postelection only because markets don’t like uncertainty,” said Patrick Fruzzetti, a managing director at Rose Advisors. For many investors, it could be that the clarity they are seeking is simply the result, whatever it is. Beyond the potential shifts in the political balance of power, investors are grappling with the effects of high inflation, rising interest rates and recession worries.

And there is another potential outcome in the 2022 midterms that officials are increasingly worried about; that some of the results could be contested. But in 2020 when the Trump campaign made false claims of corrupted elections and filed lawsuits, the S&P 500 rose more than 11 percent from when the results were announced through the end of the year.

Vaccine hesitancy levels down to 23%