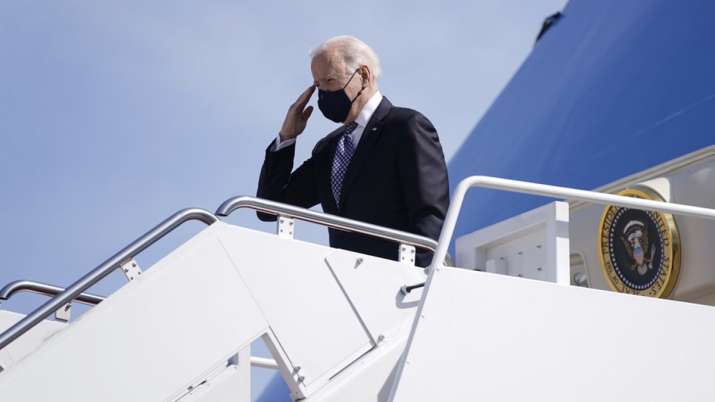 US President Joe Biden lost his footing and tripped multiple times as he walked up the steps to Air Force One. Video shows Biden, 78, had proceeded swiftly about halfway up the 25-step staircase to board the aircraft when he stumbled.

Holding on to the railing with his right hand, he attempted a quick recovery. But he tripped again, this time to his knee. Biden then stood up, paused for a while and brushed his left pant leg. The President then headed up to the top of the airstairs and then entered the aircraft.

Biden tumbled while boarding the presidential plane to depart for Atlanta from Joint Base Andrews in Maryland.

White House spokeswoman Karine Jean-Pierre told reporters onboard Air Force One that the President did not suffer any injuries. He was checked by a traveling physician and suggested that he was victim of the windy weather.

The President headed to Atlanta for a meeting with local Asian-Americans following this week’s shootings in the Georgia city. The killing spree at three spas in the city left eight people dead, including six Asian-American women.

Joe Biden is the oldest President ever to take office.