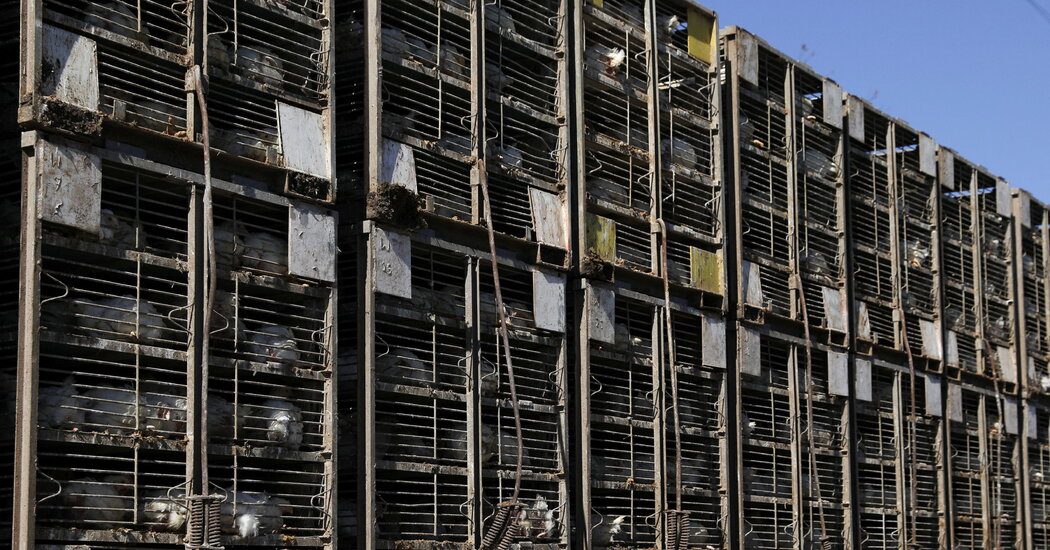 WASHINGTON — The Justice Department filed a lawsuit on Monday against three large poultry processors along with a proposed deal meant to end what it described as a decades-long scheme to deceive workers and suppress wages.

The moves are part of the department’s broader investigation into the poultry industry’s anticompetitive practices. The filings come just weeks after the department lost a criminal price-fixing lawsuit against chicken company executives.

For at least 20 years, the processors Cargill, Sanderson Farms and Wayne Farms and a data company called Webber, Meng, Sahl unlawfully shared information about employee compensation to suppress wages and stifle competition, according to the civil antitrust lawsuit, which was filed in a Federal District Court for the District of Maryland. The data shared was so detailed that processors assembled a nationwide map showing company budgets and wages at individual plants.

The three processors, along with 18 others listed in the lawsuit as unnamed co-conspirators, employ more than 90 percent of poultry processing workers in the country, according to the lawsuit.

The Justice Department also filed a consent decree that, if approved by a federal court, would bar the companies from sharing such information and require them to pay $84.8 million to workers harmed by the scheme. Under the decree, a court-appointed monitor would also assure compliance for a decade, and the Justice Department would have the authority to inspect processing facilities.

Cargill and Continental Grain, of which Wayne Farms is a subsidiary, announced last week that they had completed an acquisition of Sanderson Farms. In a statement on Monday, Cargill said the consent decree was not an admission of guilt and denied any wrongdoing.

Slaughterhouses are among the most dangerous workplaces nationwide, with some of the highest rates of occupational injuries and illness, according to Human Rights Watch. Workers at meatpacking facilities often work long hours for low pay, among blood and viscera and standing elbow to elbow — conditions that contributed to a wave of plant closures in the early days of the coronavirus pandemic.

Prosecutors also accused Sanderson Farms and Wayne Farms, two of the 10 largest chicken processors in the country, of further abuses against poultry farmers.

Growers contracted with the two companies are paid based on performance relative to others under what is called a poultry “tournament” system. This method leads to wide variation in income, and chicken farmers and labor rights advocates have criticized it as abusive and opaque.

The lawsuit accused Sanderson and Wayne of failing to disclose crucial information to farmers — such as the number of chicks a farmer could expect to receive and the chicks’ breed and age — that would allow them to assess financial risk. This omission violated a century-old law regulating the meatpacking industry.

Under the consent decree, the two companies cannot reduce the base pay of chicken growers because of their performance compared with other growers, but they can offer bonuses and other incentives.

The consent decrees are open for a 60-day comment period, and then subject to approval by a District Court in Maryland.

IPL 2021: Shubman would be among highest-scoring batsmen by-end of IPL, states David Hussey

How to Pass Time in the house