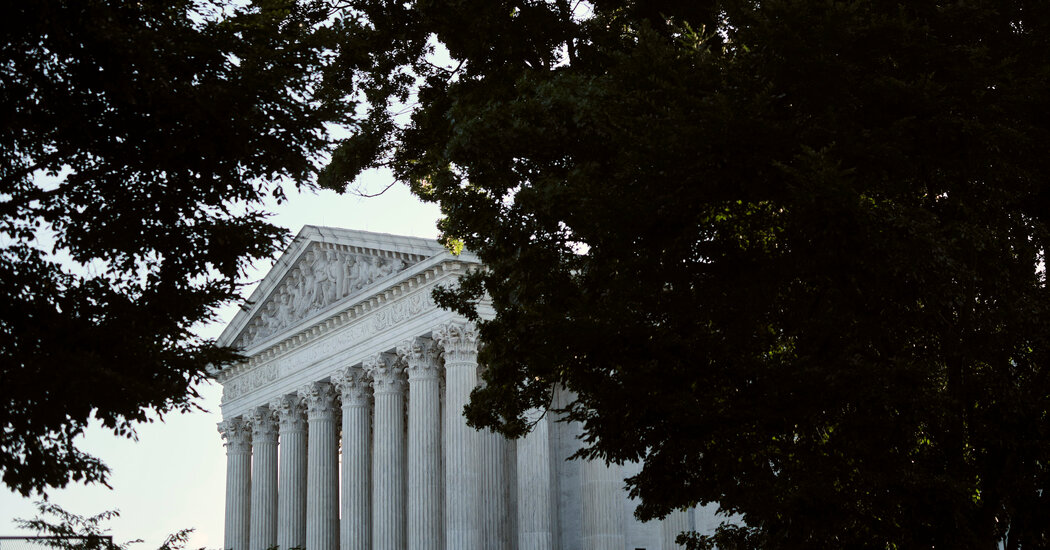 In an appearance recorded 10 days after the draft opinion overturning Roe v. Wade was leaked in May, both maintained that relations on the court were warm and respectful.

WASHINGTON — Two members of the Supreme Court, one liberal and the other conservative, insisted during a joint interview made public on Thursday that relations among the justices remained warm and respectful.

“Fundamentally, I understand they’re good people,” Justice Sonia Sotomayor, who was appointed by President Barack Obama, said of her colleagues.

Justice Amy Coney Barrett, who was appointed by President Donald J. Trump, likened the court to an arranged marriage. “We have life tenure, so we get along,” she said. “You’re not going to rupture relationships with people you’re going to be spending your career with.”

The interview, presented at a conference on education sponsored by the Ronald Reagan Presidential Foundation and Institute, was recorded on May 12, 10 days after Politico published a leaked draft of the majority opinion overturning Roe v. Wade and about six weeks before the court actually did away with the constitutional right to abortion that had been guaranteed by Roe.

By the time the two justices spoke, they also knew that the court, in a series of 6-to-3 decisions divided along ideological lines, would expand gun rights, limit the Environmental Protection Agency’s ability to address climate change and expand the role of religion in public life.

“They knew more than we knew at the time,” Janet Tran, an institute official who helped organize the conversation, said in an interview this week.

The justices, sitting side by side at the Supreme Court, were interviewed virtually by Akhil Reed Amar, a law professor at Yale. The interview took place on the day of the justices’ first scheduled private conference following the publication of the leaked draft opinion.

Professor Amar did not ask about the leak or about pending cases, and most of the discussion concerned various aspects of education, notably civics. But the justices repeatedly took pains to say that relations among the justices were friendly.

“One of the wonders of being on the Supreme Court is my knowing that every single one of my colleagues is equally passionate about the Constitution, our system of government and getting it right as I am,” Justice Sotomayor said. “We may disagree on how to get there, and we often do, but that doesn’t mean I look at them and say you’re bad people.”

In the term that ended in June, Justices Sotomayor and Barrett voted together 29 percent of the time in divided cases argued before a nine-member court.

Disagreements aside, Justice Barrett said, “one of the important things about the court is that it is a collegial institution.”

“I have genuine affection for all of my colleagues,” she added.

Justice Clarence Thomas, speaking at a conference in Dallas the day after the conversation with his two colleagues was recorded, gave a less sanguine account of relations at the court, likening the leak to infidelity and saying it had led to a loss of trust.

Justices Sotomayor and Barrett have made other public appearances recently, generally in academic settings or before audiences sympathetic to their jurisprudential views.

In June, for instance, Justice Sotomayor spoke at the annual convention of the American Constitution Society, a liberal group. She said then that she hoped “to regain the public’s confidence that we — as a court, as an institution — have not lost our way.”

Last year, Justice Barrett told an audience in Kentucky that “my goal today is to convince you that this court is not comprised of a bunch of partisan hacks.”

She spoke at the University of Louisville’s McConnell Center, after an introduction by Senator Mitch McConnell, Republican of Kentucky and the minority leader, who helped found the center and was instrumental in ensuring her rushed confirmation.

On the bench and in her dissents, Justice Sotomayor sometimes adopts a sharper tone. When the abortion case was argued in December, she said she was worried about what overruling Roe would do to the court.

“Will this institution survive the stench that this creates in the public perception that the Constitution and its reading are just political acts?” she asked.

In a dissent in June, she criticized what she called “a restless and newly constituted court” prepared to reconsider even recent precedents.

In another video posted Thursday, Justice Samuel A. Alito Jr., the author of the majority opinion in last month’s abortion decision, addressed what he said were grave threats to religious freedom in a keynote address in Rome, at a dinner for the University of Notre Dame’s Religious Liberty Initiative.

“We can’t lightly assume that the religious liberty enjoyed today in the United States, in Europe and in many other places will always endure,” he said last week. “Religious liberty is fragile, and religious intolerance and persecution have been recurring features of human history.”

In an interview this week, Professor Amar of Yale said he had been struck by the two justices’ warmth when he spoke with them in May. “My sense is that these are two people who do not have bad blood,” he said.

Justice Barrett said the court’s traditions — including shaking hands before arguments, frequent lunches at which talking about cases is forbidden and birthday celebrations — foster good relations.

“We get together,” she said. “We sing ‘Happy Birthday.’ We do a toast. And, you know, we acknowledge each other as people marking the special celebrations in one’s life.”

Justice Sotomayor said that some of the court’s activities should remain shrouded in secrecy.

“No one wants a recording of our singing,” she said.