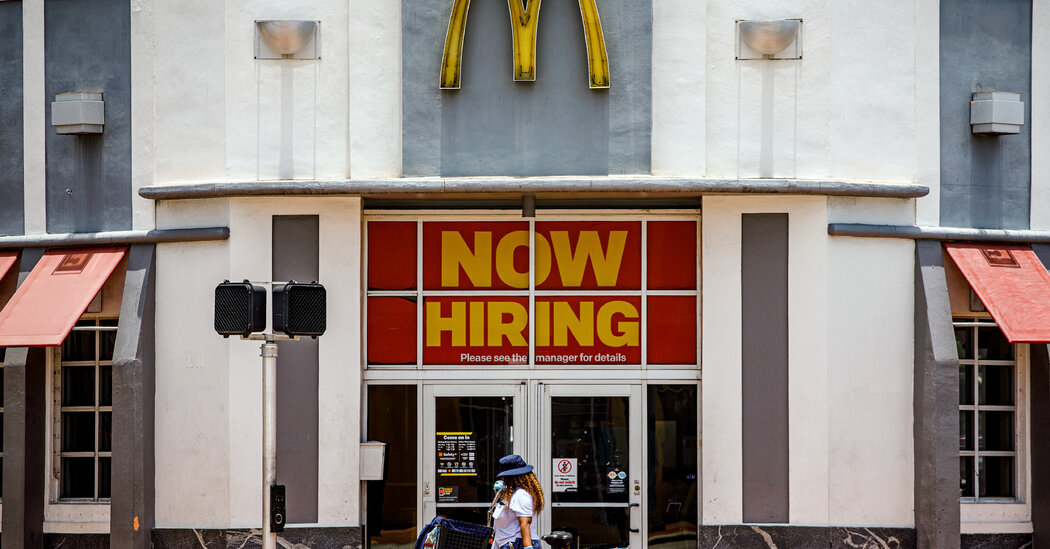 Federal labor regulators on Tuesday proposed a rule that would make more companies legally liable for labor law violations committed by their contractors or franchisees.

Under the proposal, which governs when a company is considered a so-called joint employer, the National Labor Relations Board could hold a company like McDonald’s liable if one of its franchisees fired workers who tried to unionize, even if the parent company exercised only indirect control over the workers. Indirect control can include requiring the franchisee to use software that locks in certain scheduling practices and setting limits on what the workers can be paid.

Under the current approach, adopted in 2020, when the board had a majority of Republican appointees, the parent company could be held liable for such labor law violations only if it exerted direct control over the franchisee’s employees — such as directly determining their schedules and pay.

The joint-employer rule also determines whether the parent company must bargain with employees of a contractor or franchisee if those employees unionize.

Employees and unions generally prefer to bargain with the parent company and to hold it accountable for labor law violations because the parent typically has more power than the contractor or franchisee to change workplace policies and make concessions.

“In an economy where employment relationships are increasingly complex, the board must ensure that its legal rules for deciding which employers should engage in collective bargaining serve the goals of the National Labor Relations Act,” Lauren McFerran, the chairwoman of the board, which has a Democratic majority, said in a statement.

The legal threshold for triggering a joint-employer relationship under labor law has changed frequently in recent years, depending on the political composition of the labor board. In 2015, a board led by Democrats changed the standard from “direct and immediate” control to indirect control.

As a result of that shift, parent companies could also be considered joint employers of workers hired by a contractor or franchisee if the parent had the right to control certain working conditions — like firing or disciplining workers — even if it didn’t act on that right.

Under President Donald J. Trump, the board moved to undo that change. The Republican-led board not only restored the standard of direct and immediate control, it also required that the control exercised by the parent be “substantial,” making it even more difficult to deem a parent company a joint employer.

The franchise business model has faced rising pressure. On Monday, Gov. Gavin Newsom of California said he had signed a bill creating a council to regulate labor practices in the fast food industry. The council has the power to raise the minimum wage for the industry in California to $22 an hour next year, compared with a statewide minimum of $15.50, and to issue health and safety standards to protect workers.

The fast food industry strongly opposed the measure, arguing that it would raise costs for employers and prices for consumers.

She Bought the House Her Mother Cleaned for 43 Years

IPL 2021 | Rohit Sharma smashes it out for the playground against Punjab Kings:...