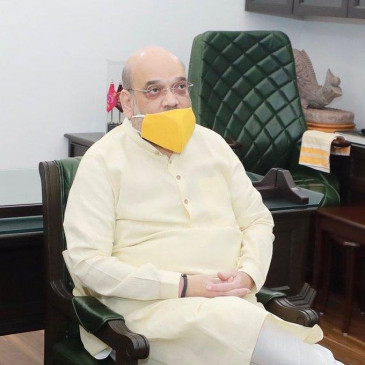 New Delhi, 27 October (IANS). Home Minister Amit Shah has expressed happiness over the BJP's landslide victory in the Leh Autonomous Hill Development Council elections in the Union Territory of Ladakh. He congratulated the people of Ladakh and party workers for the victory.

BJP has won 15 of the total 26 seats of the Council. In this way, Leh Autonomous Hill Development Council will be commanded once again by the BJP.

Home Minister Amit Shah said, "A landslide victory in the election of Leh Autonomous Hill Development Council clearly shows Ladakh's unwavering faith in the BJP and Prime Minister Modi." I thank the people of Ladakh for choosing development and prosperity. Congratulations to the workers too.

A total of 26 seats were contested for Leh Autonomous Hill Development Council on 22 October. In the results announced on Monday, BJP has got 15 seats, Congress nine and Independents two seats.

UP: Children had removed the flag of the pandal in sports and games, tension...