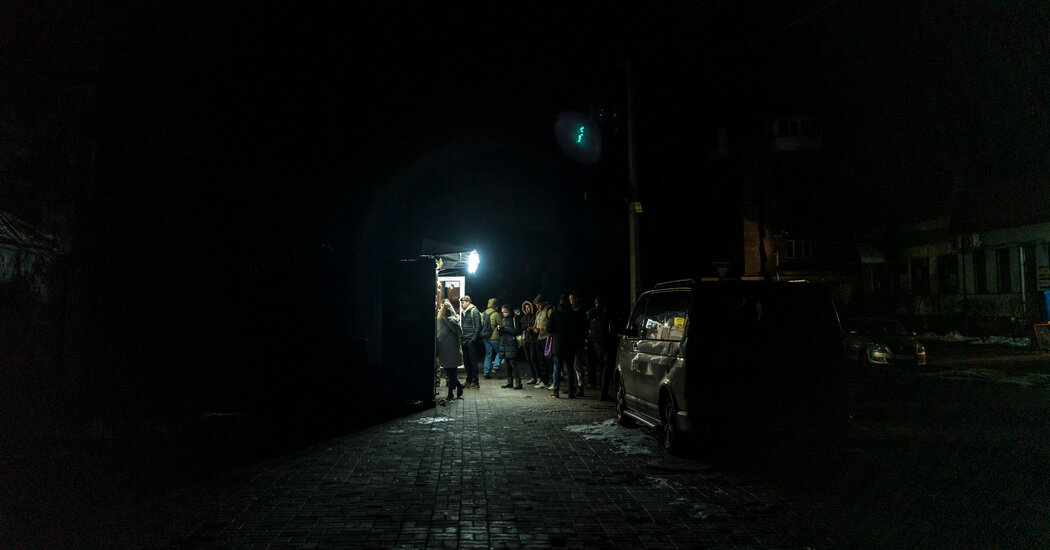 Russia’s foreign minister, Sergey V. Lavrov, on Thursday defended Moscow’s mass missile and drone strikes against Ukrainian civilian infrastructure, calling it a legitimate military target, despite warnings by the United Nations that the strikes could amount to war crimes.

Speaking at a news conference in Moscow, Mr. Lavrov said that the repeated strikes against Ukraine’s infrastructure — which have knocked out electricity and water for millions of people as winter looms — were justified because Russia is hitting targets that are used to replenish Ukrainian forces with weapons provided by Western nations.

He said that Russia used high-precision weapons against Ukrainian energy facilities that support Kyiv’s combat operations and are used “to pump up Ukraine with Western weapons for it to kill Russians.” He did not elaborate. Ukrainian officials have accused Russia of trying to make life miserable for people by striking residential areas, electrical transformers, power plants and other civilian targets.

Mr. Lavrov said the West had targeted energy facilities during the 1999 NATO bombing of Yugoslavia. He defended Russia’s strikes against Ukrainian areas that Moscow considers part of its own territory, such as the southern region of Kherson.

Mr. Lavrov repeated familiar Russian talking points, accusing the United States and Europe of being “directly involved” in the Ukraine conflict, which, he said, was sparked by NATO’s expansion in Eastern Europe and Western meddling in Ukraine’s affairs.

He also dismissed as “laughable” the idea that Moscow is trying to engage Kyiv in cease-fire negotiations as a way to buy time and replenish its forces amid setbacks on the battlefield. Ukraine’s foreign minister, Dmitry Kuleba, has warned that a cease-fire would allow Russia’s “depleted invasion forces to take a break before returning for further aggression.”

“We have never asked for any negotiations,” Mr. Lavrov said. “But we have always said that if someone is interested in finding a negotiated solution, we are ready to listen.”

Mr. Lavrov also accused NATO of stirring up tensions elsewhere in the world, including with China, and of trying to drag India into what he called “an anti-Russian and anti-Chinese alliance.”

Bengal polls LIVE: 17.95 per cent voter turnout recorded till 9 am