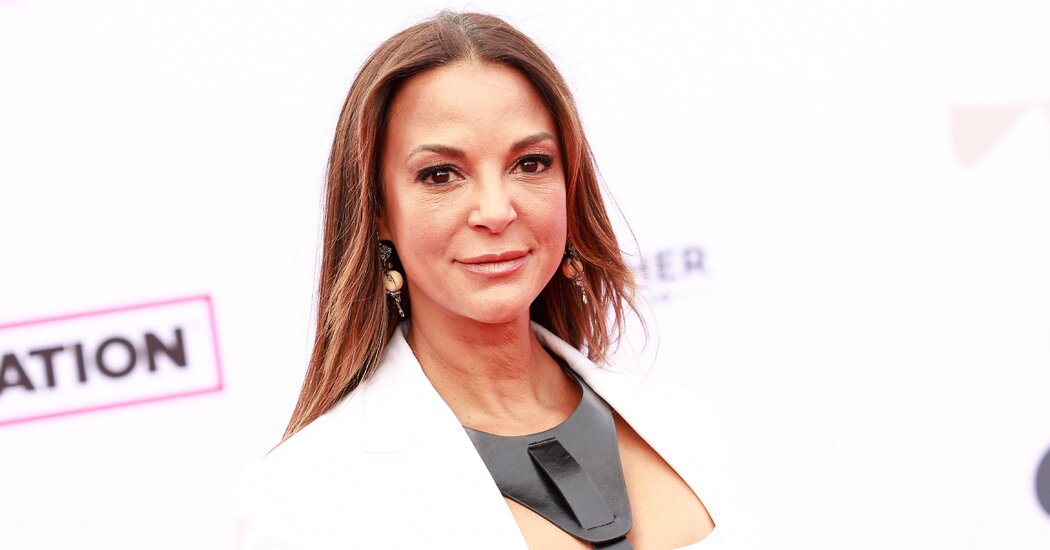 Eva LaRue, an actress known for her roles on “CSI: Miami” and “All My Children,” said her family lived in fear. James David Rogers, 58, was sentenced to just over three years.

A man in Ohio was sentenced to more than three years in prison after 12 years of harassing the actress Eva LaRue and her daughter. He had threatened via letters and phone calls to torture, kill and rape them, the authorities said.

Judge John A. Kronstadt of the United States District Court for the Central District of California sentenced the man, James David Rogers, to 40 months in prison on Thursday, for what prosecutors in a sentencing memorandum called a “campaign of torment” in which he “terrorized a mother and her daughter.”

Mr. Rogers, 58, had pleaded guilty on April 28 to “two counts of mailing threatening communications, one count of threats by interstate communications and two counts of stalking,” according to the U.S. Attorney’s Office for the Central District of California.

Ms. LaRue is known for her roles as the DNA analyst Natalia Boa Vista on the crime series “CSI: Miami” and Maria Santos on the soap opera “All My Children.” Her daughter, Kaya Callahan, was as young as 5 years old when the threats against her began, court documents said. She is now 20. Mr. Rogers wrote threats to Ms. LaRue’s partner at the time as well.

An apparent lawyer for Mr. Rogers did not respond to a request for comment.

In March 2007, he began to send menacing letters to the family, court documents show, and stalking behavior continued until his arrest in November 2019. Between March 2007 and June 2015, Mr. Rogers mailed about 37 handwritten and typed letters with threats. He signed many of the letters with the name Freddy Krueger, a fictional serial killer from the horror movie “A Nightmare on Elm Street.”

“I want to make your life so miserable that you can’t stand it,” he wrote in one letter, according to court documents. “You should be very scared,” another read.

The letters were first sent to Ms. LaRue’s publicist, then to her manager, she said. Finally, she received them at home and her husband’s office at the time.

“The letters were anywhere between three to six or seven pages long, detailing in the most heinous, evil, grotesque, depraved way, how he wanted to kidnap my then-5-year-old daughter and I,” she said.

The family moved several times in the hopes that Mr. Rogers wouldn’t find their address again, even deciding to sell a home during the 2008 financial recession, she said. They also avoided receiving mail and packages at their home address.

“They drove circuitous routes home, slept with weapons nearby and had discussions about how to seek help quickly if defendant found them and tried to harm them,” prosecutors said.

Ms. LaRue never knew where the person writing the letters lived. She operated as if he could have been around the corner at any point, she said in an interview.

During a “CSI: Miami” hiatus, Ms. LaRue said she fled the country. She and her daughter temporarily lived at a friend’s house in Europe because they were afraid he would come to her home.

In October and November 2019, Mr. Rogers called the school Ms. Callahan attended 18 times, often posing as her father and asking questions about her whereabouts, according to court documents. In another incident, he left a voice message at the school with vulgar threats, identifying himself under the serial killer pseudonym. She was a high school senior at the time, Ms. LaRue said.

Weeks later, when he was arrested, his call log had been cleared. But the phone was registered to the same number that he had called the school from, prosecutors said. It also had photos of Ms. LaRue and her daughter on it.

Until his arrest, Mr. Rogers had been working as a nurse’s assistant at a nursing home, according to court documents. He said he was the caretaker for his mother.

Mr. Rogers said in mitigation that he had grown up a social outcast with difficulties with his parents and struggles in school, according to court documents. He also said he had limited mobility, but prosecutors said the F.B.I. found that claim to be false. He said at his sentencing that he was receiving mental health treatment, Ms. LaRue said.

Before the sentencing, Ms. LaRue and her daughter had only seen a photo of Mr. Rogers. They did not want to see him in person but they decided to go into the courtroom when they learned that he would be joining via video conference. They were left unnerved.

“At one point, my brother was holding my hand because I was shaking,” she said. “And that’s not me. I’m not easily rattled by anybody or anything.”

Mr. Rogers, indicted in 2019, was identified using genetic genealogy, which uses databases to match DNA to a large network of people, said Stephen Busch, a former F.B.I. special agent who worked the case. The authorities used DNA left on a discarded straw to place him, leading to his arrest.

“Forensic genealogy is the greatest investigative technique since the fingerprint for law enforcement,” said Mr. Busch, who is now the CEO of a DNA investigations company. “And we’re just scratching the surface with it right now.”

Genetic genealogy has been used to solve many high-profile cases in recent years, including in 2018 to identify Joseph James DeAngelo as the Golden State Killer. On “CSI: Miami,” Ms. LaRue played a DNA analyst who conducted work similar to the one used to solve this case, she said, except the technology wasn’t as developed at the time.

“DNA, oddly enough, has just played such an interesting role in my life in so many ways,” she said.

Ms. LaRue is now writing a show that is partly autobiographical about her experiences over the past 12 years, and which will delve into some of the new DNA methods.

Mr. Rogers apologized to Ms. LaRue at the sentencing’s video conference on Thursday. But for Ms. La Rue and her daughter, the damage had been done. They both lived in fear and paranoia after more than a decade of threats, Ms. La Rue said.

Every school that Ms. Callahan attended had to be notified of the stalking, and she and her daughter were surrounded by security.

“This was her formative years,” Ms. LaRue said.

“I was afraid for my life,” her daughter said in court.

The F.B.I. investigated the case, and the violent and organized crime section of the U.S. Attorney’s Office prosecuted it.

How Arizona Became an Abyss of Election Conspiracy Theories

Most of the people evacuated from the building caught in the fire: Minister

JetBlue and Spirit Airlines announce a plan to merge.