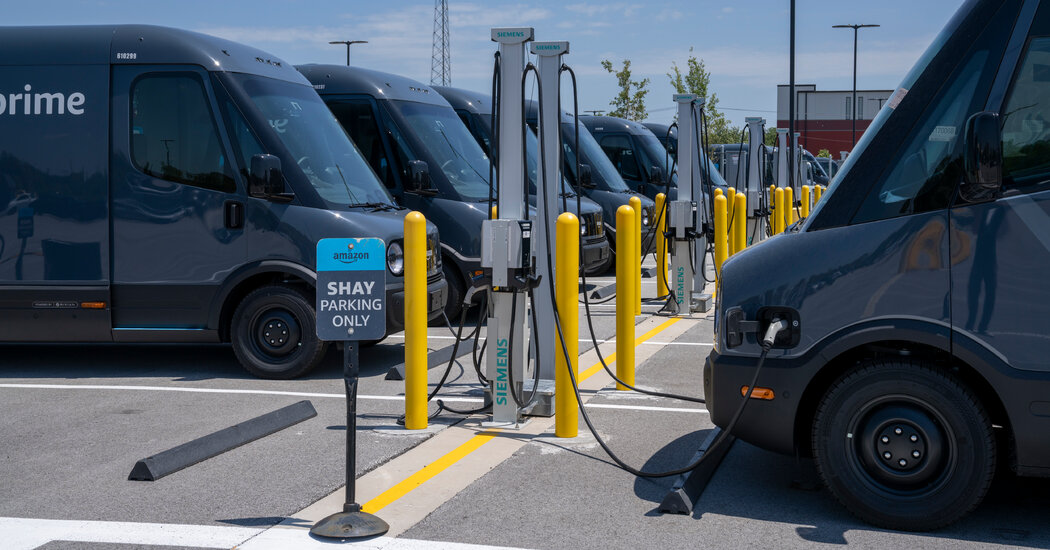 Mercedes-Benz and Rivian said Thursday that they would team up to build electric vans in Europe, a rare example of cooperation between a traditional carmaker and a new challenger.

Mercedes and Rivian will manufacture distinct products at the plant and market them separately, Mathias Geisen, head of Mercedes-Benz Vans, told reporters Thursday. The main goal of the 50-50 joint venture is to share manufacturing costs, he said. But Mr. Geisen did not rule out that the two companies would share expertise.

With its decades of experience in manufacturing, Mercedes can potentially help Rivian overcome problems it has had mass-producing vehicles. Rivian, a maker of electric pickup trucks, S.U.V.s and vans, may be able to offer Mercedes technology for batteries and software.

“If we see that there are good effects for both sides, that’s definitely an option, but that’s not a must,” Mr. Geisen said.

Established carmakers have been joining forces with battery makers as they try to compete with companies like Tesla and Rivian that make nothing but electric vehicles. Cooperation between an electric vehicle upstart and a traditional carmaker like Mercedes, which traces its origins to the 19th century, is unusual.

Amazon, an investor in Rivian, has ordered 100,000 electric vans from the company, but Rivian has struggled to produce them fast enough. Mercedes has said that it wants its van production to eventually be all electric, and that it won’t introduce any new designs with internal combustion engines after 2025.

Delivery vehicles are considered well suited to battery power, because they often travel limited distances during the day and can recharge at night.

The agreement announced Thursday is a memorandum of understanding, and the two companies still need to work out details and sign a contract, Mr. Geisen said. Production at the new facility will begin in several years, the companies said, without giving a more precise schedule.

The joint venture will be focused on Europe, but Mr. Geisen said cooperation in the United States was possible. “We can tell you more as soon as the contract negotiations have been finalized,” he said.

F1 Broadcasts Embrace Technology With Drones, Cameras and a Helicopter

He Gave Up Football for NASCAR. Then He Changed the Sport.

NLCS: How the Phillies Decided to Travel Home Early