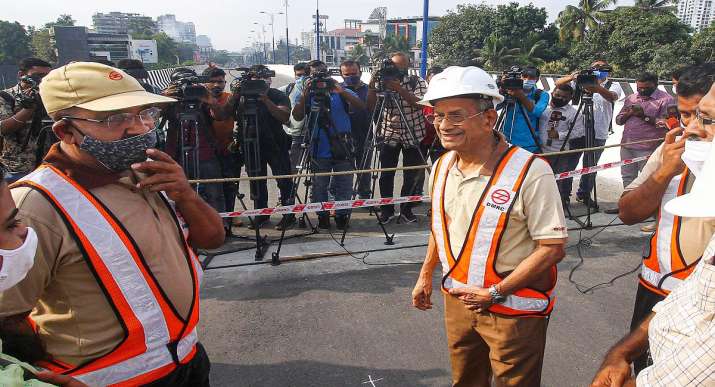 “BJP will fight Kerala polls with E Sreedharan Ji as its Chief Ministerial Candidate. We will defeat both @CPIMKerala and @INCKerala to provide a corruption-free, development-oriented Governance for the people of Kerala,” Muraleedharan said.

“BJP under the able leadership of PM Shri  Narendra Modi Ji will strive to take care of the needs of the People of Kerala. The New Kerala under E Sreedharan Ji will pave the way for an efficient & effective Govt in the state,” the Minister of State for External Affairs and  Parliamentary Affairs added.

Backing Sreedharan, Kerala BJP president K Surendran said that the man behind ‘Metro revolution’ in the country will help the state develop at a rapid pace.

“If the NDA, “under the leadership of ‘Metroman’, gets an opportunity to rule the state, “we are confident we will be able to implement development works under Prime Minister Narendra Modi with a ten-fold force in Kerala”, Surendran said.

“He completed the project (Palarivattom flyover) in five months without any corruption. That is why we requested Sreedharan and our party leadership that he should be projected as the (NDA’s) Chief Minister candidate”, he added.

Sreedharan has already been named in the 16-member state election committee formed by the BJP.

Sreedharan, the architect of the Delhi Metro, had formally joined the BJP on February 25 in the presence of Union Minister R K Singh at a function at Changaramkulam in Malappuram district when the ‘Vijay Yatra’ led by Surendran reached there.

The 88-year-old had recently made it clear that he will not be interested in governorship, however, was open to the chief ministership.

Assembly elections in Kerala will be held in a single phase on April 6. Results will be announced on May 2.