It’s not Covid, but there are good reasons to take precautions.

The viral disease monkeypox is spreading around the world. So far, there are more than 6,300 known cases in the U.S., almost entirely among gay and bisexual men. New York, California, Illinois and some cities have declared states of emergency, following the World Health Organization’s own declaration of a global emergency.

The headlines are grim enough that you might be worried that monkeypox is like SARS or Covid: another virus that could disrupt or even threaten your life. The good news is monkeypox is much less contagious and much less likely to be deadly than Covid. There are also vaccines and treatments originally developed for smallpox that work on monkeypox. 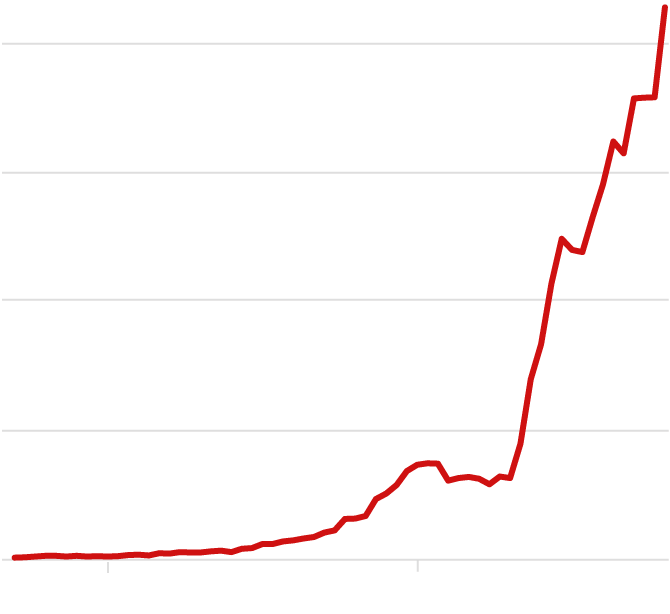 But while monkeypox probably will not kill you, it can be excruciating enough that you want to avoid it nonetheless: It can cause pain that some patients compare to glass shards scraping against the skin. And although the virus is afflicting mostly gay and bisexual men now, that could change if it continues to spread unchecked. Nothing about the virus limits its spread to only men who have sex with men (not all of whom identify as gay or bisexual).

Today’s newsletter explains what we know about monkeypox and what people can do to stay safe.

How bad is it?

Monkeypox produces symptoms that can range from unpleasant to painful, although they are rarely deadly. At least six deaths, out of 25,000 cases, have been reported in places where the virus was not known to exist before the current outbreak. The risk of death is higher for young children and people who are immunocompromised or pregnant.

The telltale symptom is sores, which can look like pimples or blisters. They can hurt, especially in sensitive areas like the genitals and anus.

“I was scared to use the bathroom,” a recent monkeypox patient, Gabriel Morales, told The Times. He described the sores as feeling like “broken glass” in his body.

How does it spread?

Monkeypox mostly spreads through close physical contact, typically skin-to-skin touch. Most infections in the current outbreak have occurred through close contact during sex. The virus also can spread through contaminated surfaces, including clothes and bedding. Brief contact, like a handshake, is not usually enough to spread monkeypox. Unlike Covid, it does not seem to spread much through the air.

Nearly half of known U.S. cases have occurred in the first three states to declare emergencies: New York, California and Illinois.

Public health officials have struggled with acknowledging some of these factors, fearing that they could stigmatize gay and bisexual men. But part of a proper public health response is targeting the people most at risk and the riskiest activities, and that requires an honest assessment of what is happening.

What can you do?

Most people are not currently at serious risk of catching monkeypox, with the virus concentrated among gay and bisexual men for now. “Your risk depends on who you are,” my colleague Apoorva Mandavilli, who has covered the current outbreak since the first U.S. case was identified, told me.

To lower their risk, gay and bisexual men can try to make sure their male sex partners do not have monkeypox, watching out for sores. They can use a condom, which can at least reduce the chances of getting sores in sensitive areas. They can temporarily reduce their number of sexual partners or avoid riskier activities, such as anonymous sex and sex parties. Practicing good hygiene, like frequent hand-washing, can help, too.

Vaccines and tests for monkeypox also exist, although they are not widely available right now because of supply shortages and strict government rules about access.

If someone is infected, the C.D.C. recommends isolating at home and staying away from others if possible. But that can be very difficult with a disease that can last four weeks — another reason to prioritize prevention and slow the spread.

What are officials doing?

But progress has been slow. As monkeypox spread in May and June, 300,000 vaccine doses owned by the U.S. sat in Denmark.

Officials are also trying to raise public awareness of monkeypox, given that it is a new virus to most Americans.

Their main goal now is to avoid a wider outbreak that makes monkeypox an endemic virus that spreads regularly across the U.S., like influenza. If monkeypox keeps spreading unchecked, it could eventually spill over to a broader population than gay and bisexual men, said Dr. Céline Gounder, a senior fellow at the Kaiser Family Foundation.

“It’s still containable,” she added. “But it is going to require more aggressive screening, testing and vaccination.”

Monkeypox is not typically fatal, but it still can cause painful disease and permanent scarring. The risk is not high for most people now, but that could change if the virus continues to spread. And the people who are at serious risk can take steps to stay safe and prevent the outbreak from getting worse.

Silent killer: A simple alarm can detect carbon monoxide. Why don’t more hotels have them?

A Times classic: Why “Euphoria” enthralls.

Advice from Wirecutter: How to clean your yoga mat.

Lives Lived: Vin Scully served as the announcer for Dodgers baseball games for 67 years, first in Brooklyn and later in Los Angeles. He died at 94.

A history-making M.L.B. trade: By last night, the news that 23-year-old superstar Juan Soto had been shipped from the Nationals to the Padres had barely sunk in. Even The Athletic’s seen-it-all squad was stunned by the deal. As for the return, it might be the biggest prospect haul ever.

Soto will probably debut with the Padres tonight. For more: Winners and losers of the trade deadline.

King of Queens: After 391 days, Mets ace Jacob deGrom looked like himself in his return to a big-league mound.

Sprinkle on some pickle

It’s the summer of the pickle. Not actual pickles — although they’re as popular as ever — but the flavor, which is everywhere, Christina Morales writes.

This skillet chicken recipe is inspired by ingredients used in Moroccan cuisine: orange and ground turmeric.

What to Listen to

In the film “Shalom Taiwan,” a Buenos Aires rabbi hits the road to raise money for his community center.

The hosts discussed the killing of al-Zawahri.

The pangram from yesterday’s Spelling Bee was picnicked. Here is today’s puzzle.

“The Daily” is about the primaries. On “Popcast,” Beyoncé’s robust return.

‘Those Who Wish Me Dead’ trailer: Angelina Jolie turns into life saver for traumatised...

The newest Coronavirus Originates from Canines