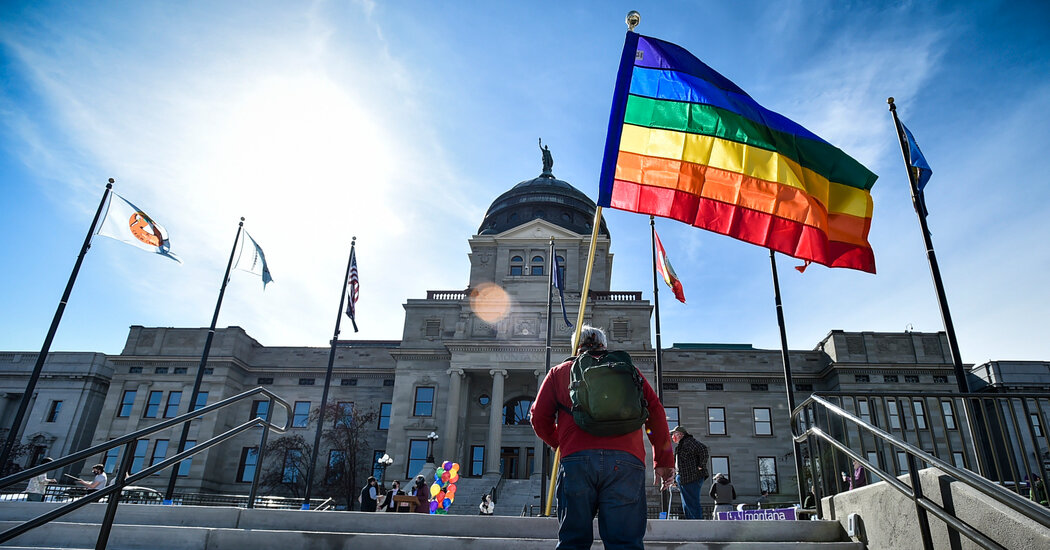 A new rule made it “virtually impossible” for transgender people born in Montana to amend the gender listed on their birth certificates, according to the American Civil Liberties Union of Montana.

Transgender people born in Montana will no longer be able to change the sex listed on their birth certificate to accurately reflect their identity under a new state rule that is among the most restrictive in the country, according to transgender rights groups.

Under the rule, which took effect on Saturday, transgender people may change the sex listed on their birth certificate only if it was recorded incorrectly as a result of a clerical error or if the person’s sex was “misidentified” on the original certificate and they can prove it through DNA or other scientific testing.

“This has made it virtually impossible for trans folks to amend the gender marker on their birth certificate,” said Alex Rate, legal director of the American Civil Liberties Union of Montana.

Tennessee, Oklahoma and West Virginia are the only other states that do not currently issue corrected birth certificates for transgender people, according to the National Center for Transgender Equality.

The new rule is even more restrictive than a state law that was signed last year by Gov. Greg Gianforte, a Republican. That law, which tightened the previous restrictions, still allowed transgender people to amend their birth certificates if they obtained a court order indicating that their sex had been “changed by surgical procedure.”

Before that law was adopted, transgender people had only to submit a signed document to the state affirming that they wanted to amend the gender on their birth certificate, according to the A.C.L.U. of Montana, which said that method was more efficient and easy.

In April, a state District Court judge, Michael G. Moses, granted a request by Amelia Marquez, a transgender woman in Montana, and a transgender man identified in court papers only as John Doe, for a preliminary injunction blocking the state from enforcing the law, which was adopted as Senate Bill 280. Judge Moses called the law “vague.”

Ms. Marquez and her fellow plaintiff had contended that the law violated their constitutional rights to privacy, equal protection and due process.

On Thursday, the A.C.L.U., which represents Ms. Marquez and the other plaintiff, plans to ask Judge Moses to clarify that the new rule violates the preliminary injunction he issued.

The A.C.L.U. contends that Montana’s only option in response to the order was to follow the rule that was in place before the law, which required only that residents submit a form affirming that they wanted to change the sex listed on their birth certificates.

Mr. Rate said that he had never seen a case in which a defendant “simply ignored a valid instruction from a judge.”

Montana, in issuing the new rule, contended that the judge’s order had left the Department of Public Health and Human Services, which has an obligation to maintain accurate birth records, “in an ambiguous and uncertain situation.”

“The department needs to correct this confusion and clearly set forth the standards, through ordinary rule-making, under which such applications will continue to be processed,” the department wrote in a regulatory filing.

The rule “obeys the preliminary injunction currently in place with respect to enforcement of S.B. 280, addresses a critical regulatory gap, and remains consistent with current law, as well as the science,” the department stated.

Senate Bill 280 was adopted amid a wave of measures pushed across the country that sought to chip away at transgender rights.

Mr. Gianforte also signed a law last year that barred transgender athletes from competing on school and university sports teams that corresponded to their gender identities.

“It’s readily apparent that the intentions behind these discriminatory laws are to harm transgender individuals, who already face sky-high levels of discrimination and harm,” said Akilah Lane, a lawyer with the A.C.L.U. of Montana.

The Montana Family Foundation, which supported the passage of Senate Bill 280, did not immediately respond to a request for comment on Tuesday.

Transgender people have said they could face discrimination when they submit a birth certificate that does not accurately reflect their identity, as part of the process of applying for jobs, enrolling in school or arranging for child care.

“Accurate documents like birth certificates are fundamental to being able to navigate life,” said Rodrigo Heng-Lehtinen, executive director of the National Center for Transgender Equality. “It’s really easy to take those documents for granted when you aren’t facing the barriers to them.”