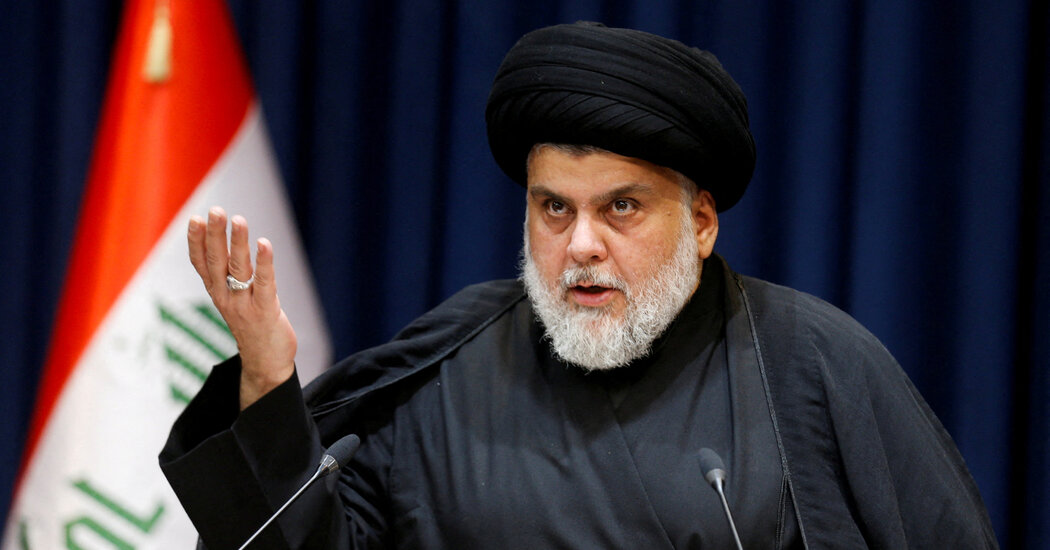 After throwing efforts to form a new government into turmoil, Muqtada al-Sadr thrust Iraqi politics even deeper into crisis with his latest move.

The influential Shiite cleric Muqtada al-Sadr said Monday that he was retiring from Iraqi politics and closing all of his movement’s political and social institutions, deepening the country’s political crisis and raising fears that his followers could increasingly turn to destabilizing street protests to achieve their aims.

Mr. Sadr, whose followers won the largest number of seats of any single political bloc in elections last year, threw the process of forming a new government into turmoil in June when he ordered members of Parliament loyal to him to resign.

The Sadr organization has a network of political and social institutions across Baghdad and the south of Iraq. Mr. Sadr has said before that he was leaving politics and even temporarily suspended his political activities and closed his movement’s offices, prompting questions about whether this could be a tactic to eventually strengthen his negotiating position in the now-paralyzed efforts to form a new government.

This is a developing story. Please check back for updates.

Vivek Agnihotri’s next titled ‘The Kashmir Files’ shoot wraps up

There will be ban on beggars in Delhi, rehabilitation scheme of beggars