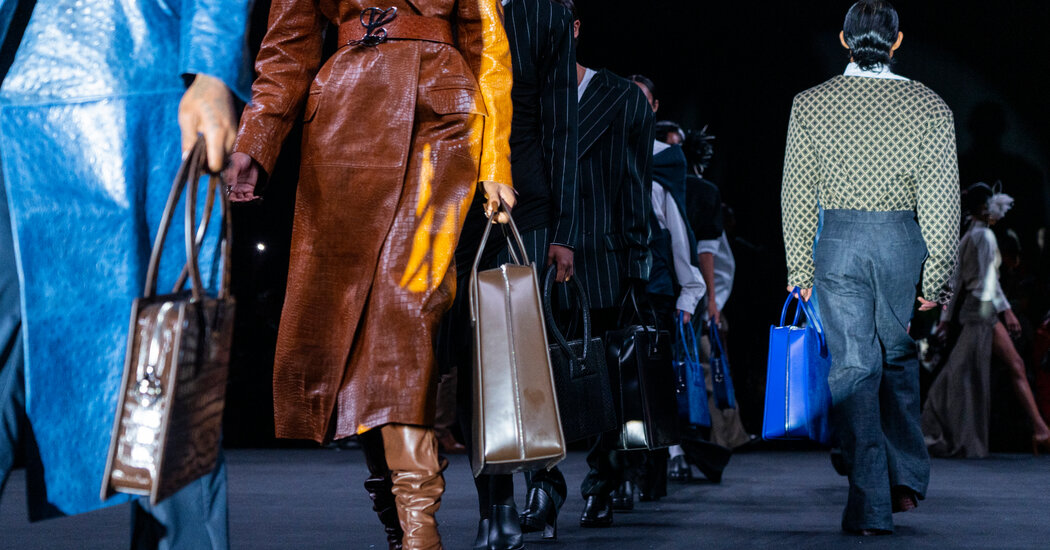 It’s New York Fashion Week, a biannual celebration of luxury and consumption when designers show their collections and set the trends for the season ahead. Also in the spotlight will be questions about the industry’s environmental destructiveness.

Sustainability is a theme for many designers in the shows and for the event’s organizer, the Council of Fashion Designers of America, which has pledged to achieve a net-zero goal by 2050.

But “sustainable fashion” is a contradiction, the DealBook newsletter reports. Being “green” in fashion would mean designers and retailers would produce less — and yet companies that band together to advance such goals may run into trouble with antitrust regulators.

In June, Reuters reported that a series of raids by E.U. antitrust authorities on fashion houses was connected to companies’ discussions of limiting sales for sustainability. The European Commission has not named the companies involved or commented further on the purpose of the raids.

Now, some environmental activists and industry advocates are pushing for a reassessment of competition policy, said Mr. Kovacic, a professor at the George Washington University Law School. Some designers and retailers have proposed overhauling the fashion calendar to reduce waste, limiting sale periods and changing the length of seasons.

But those types of agreements risk violating antitrust rules that bar competitors from collaborating to fix prices and reduce production. This tension between environmental consciousness and competition policy is being felt across sectors.

Regulators in the Netherlands are updating antitrust rules amid the growing interest in net-zero carbon emissions. For example, last week, authorities endorsed rules to encourage sustainable agriculture, which would involve greater collaboration among farmers, wholesalers and supermarkets.

“Sometimes I see a certain degree of restraint” by companies that fear breaking the law, said Martijn Snoep, chairman of the Dutch competition regulator, said, adding that cooperation within an industry or along the supply chain is often “not at odds with the competition rules.”

Last year, Mr. Snoep proposed an approach that was broader than that of the European Union: “We see opportunities for competitors to work together, especially when combating the climate crisis.”

But there is a potential hitch in rewriting the rules. “The more ambiguous the standard, the more likely businesses will take liberties,” Mr. Kovacic said.

Some antitrust authorities say competition policy should consider more varied corporate objectives. Still, it’s not clear that enforcers are contemplating loosening cartel rules for the good of the planet.

The F.T.C. declined to comment; the Justice Department did not immediately respond to a request for comment.

What Is a ‘Go-Forward’ Employee?

IND vs AUS: Make or break time for Rohit Sharma in Test cricket