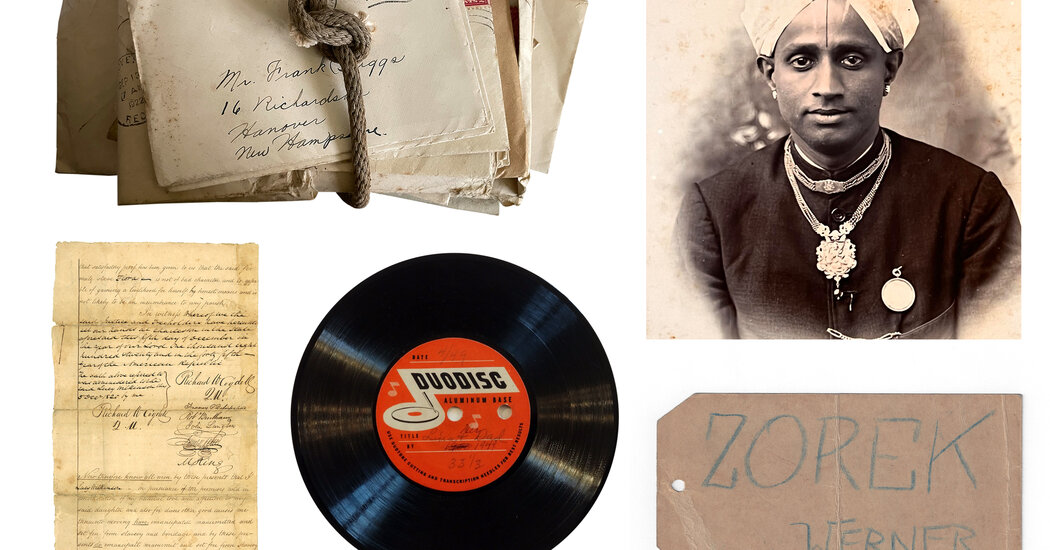 Hi, is this James?

calling to talk to you about your story that you submitted to our Heirlooms project,

about your phone number.

Can you tell me how this number entered your family,

and your first memory of encountering it?

My father was born and grew up

on the Lower East Side.

And this phone number was

He, my aunt, my grandparents

all lived in a tenement in

what is now, you’d call, the East Village —

was considered the Lower East Side.

They eventually moved to a cooperative in the neighborhood,

and the number kind of moved with them

this phone number was essentially

and I used to call them on it.

And then, fast forward to the late ’90s,

I came to New York, into the city,

to go to school, to go to college.

And I ended up moving in with my grandfather.

He was a widower,

so he took me in, and we kind of became roommates.

And that number then became my phone number.

When it came time to get rid of the landline,

I had it ported over to my cell phone.

they used to geographically tie

a person to a place, right?

you knew that was somebody in Manhattan.

I wanted to keep the number

mostly because it was kind of a connection to

this place and the neighborhood, and

I didn’t want to lose that.

I have a daughter who has her own number, but

I’ll probably try to find a way to give it to her at some point,

in some capacity, just to keep it going.