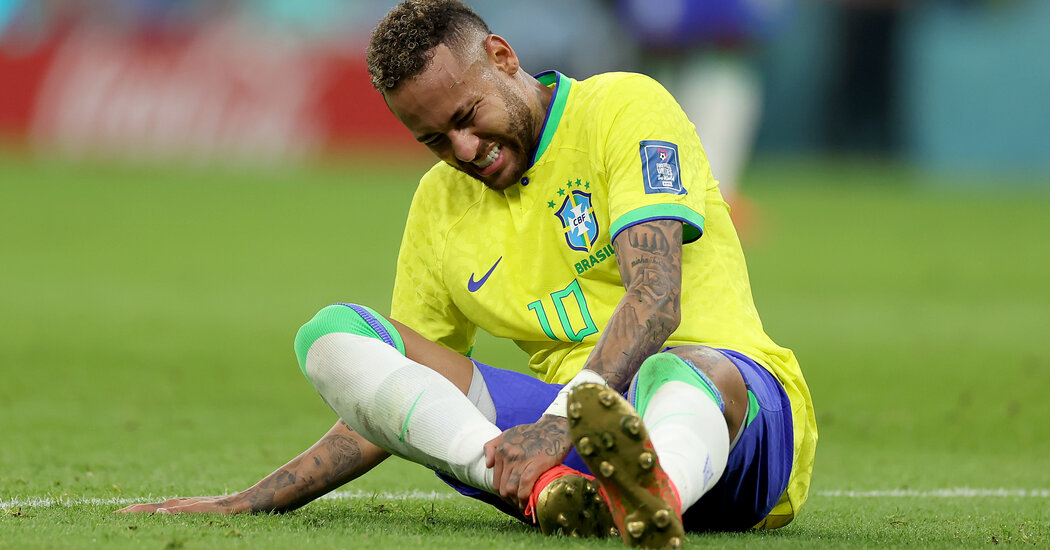 Neymar, the Brazilian soccer star, will not be playing in the team’s next World Cup match after he was injured on Thursday while playing against Serbia.

Neymar injured a lateral ligament on his right ankle and has small bone swelling, said Rodrigo Lasmar, the team’s doctor, in a written statement on Neymar’s website. Another player, Danilo, injured his left ankle and also will not play in the next game, which will be on Monday against Switzerland, the statement said.

“I can say in advance that we will not have both players for the next match, but they remain in treatment with the objective of trying to recover them in time for this competition,” Lasmar said.

Both players received treatment after the match and were re-evaluated on Friday morning, with scheduled daily follow-ups planned. Neymar’s ankle was visibly swollen as he walked off the field on Thursday.

Brazil beat Serbia 2-0 in its first match of the 2022 World Cup. After Switzerland, the team will play Cameroon on Friday.

“Tough game, but it was important to win,” Neymar said on Twitter on Thursday. “Congratulations team, first step taken.”

Thursday’s injury was one of the hardest moments of his career, Neymar said on his Facebook page. In the 2014 World Cup, he broke a vertebra after being kneed in the back and was sidelined for the rest of the tournament.

“Yes, I’m injured, it’s frustrating, it’s going to hurt,” he said in the Facebook post. “But I’m sure that I will have a chance to return because I will do whatever possible to help my country, my teammates and myself.”

Kyrie Irving Says He Wants to Change His Narrative in Dallas