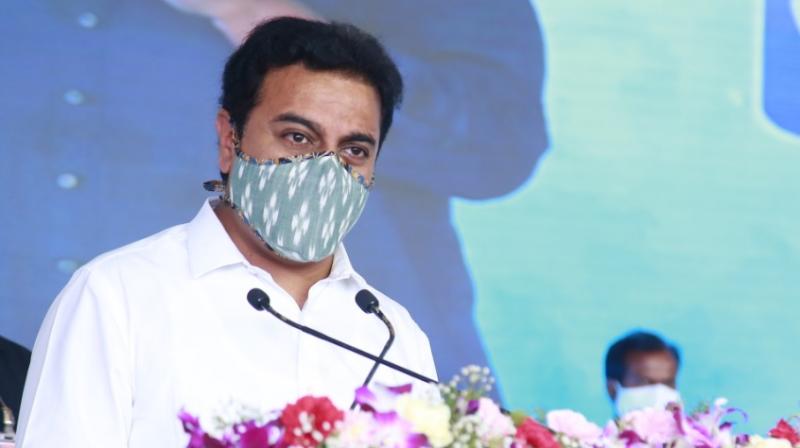 < img src ="https://timesnewsnow.com/wp-content/uploads/2021/09/REjoPH.jpeg"class ="ff-og-image-inserted"> HYDERABAD: Industries and IT minister K.T. Rama Rao stated that the Telangana state federal government protested reservations in tasks in the economic sector because it will show counter-productive.

During a debate on the industries and IT sectors in the Legislative Assembly on Monday, Akbaruddin Owaisi, All India Majlis-e-Ittehadul Muslimeen (AIMIM) flooring leader, asked the federal government to take a look at the problem of extending 50 percent bookings in jobs to residents in the economic sector.

Rama Rao replied that a few states which implemented such appointments were losing investments and some business from those states were preparing to move to Telangana as they were upset with private bookings. He did not disclose the names of the states and companies.

Rama Rao stated the state government had actually been offering additional rewards to those private companies which utilized regional youth rather of fixing job quotas adding that focus on skill, reskill and upskill was the only mantra to boost task opportunities for regional youth, and not reservations.

“This is a competitive world. I can not inform Amazon, Google or any other personal company that they should use only Telangana locals. If I state that, they will not come here. Some states which brought these bookings are currently experiencing this. In fact, some companies from those states are planning to relocate to Telangana. I can not reveal their names here,” Rama Rao said.The state had actually made rapid strides in markets and IT sectors due to the proactive policies of the TRS government during the past seven years, he stated. Rama Rao pointed out that while there were 3.23 lakh tasks in the IT sector in 2014, the variety of staff members in the sector now stood at over 6.28 lakh. Likewise, the TS-iPASS policy of the state government had actually drawn in cumulative financial investments of Rs 2.15 lakh crore, producing over 16 lakh tasks in seven years, he kept in mind.

Coming down heavily on Opposition celebrations for undertaking padayatras and deekshas, he termed the Opposition leaders as ‘brand ambassadors’ of the TRS government.

“Some Opposition leaders who are publishing videos on social media platforms while carrying out padayatras and deekshas in different districts are showcasing the TRS federal government’s achievements in different sectors. They are walking through lush green fields, near tanks, canals, lakes and irrigation tasks which have plenty of water and seeing for themselves Objective Bhagiratha, 24×7 power supply and so on. They have turned brand ambassadors of the TRS government,” Rao said.

Rama Rao blasted the Centre for not approving tasks and funds to the state. “The BJP federal government at the Centre stopped working to satisfy any of the pledges made to Telangana under AP Reorganisation Act, 2014. Be it ITIR-Hyderabad, Kazipet rail coach factory, Bayyaram steel plant, nothing was approved regardless of repeated requests by the Telangana government,” he said.

Rangeela trio A R Rahman, Mehboob & Ahmed Khan come on board for Tiger...