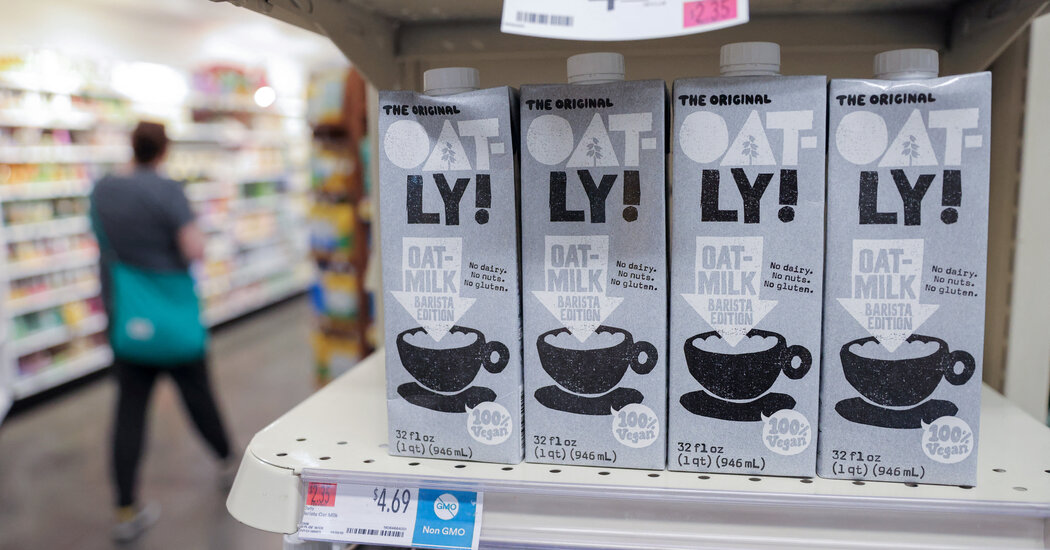 The recall of nearly 90 Lyons Magnus products over concern for microbial contamination came after “continued collaboration and consultation” with the U.S. Food and Drug Administration.

Lyons Magnus, a nutritional drinks company, expanded a voluntary recall of some varieties of popular products including the oat drink Oatly, Optimum Nutrition protein powder and Glucerna shakes, because of the potential for microbial contamination, the company and federal authorities said this week.

The Food and Drug Administration posted a listed of 89 products, along with lot and case numbers involved in the recall, which came after “continued collaboration and consultation” with the agency, the company said in its statement. Some of the recalled products were distributed nationally, the company said.

The statement said that “root cause analysis” indicated that the products did not meet “commercial sterility specifications.”

F.D.A. officials did not immediately reply to requests for comment on Friday evening.

The company said that the recalled products could potentially be contaminated by harmful organisms that included Cronobacter sakazakii and Clostridium botulinum. Cronobacter sakazakii is a bacterium that can cause life-threatening infections or inflammation of the membranes that protect the brain and spine. Clostridium botulinum is a bacterium that makes dangerous toxins that could cause a severe form of food poisoning, according to the World Health Organization.

“Although Clostridium botulinum has not been found in products, consumers are warned not to consume any of the recalled products even if they do not look or smell spoiled,” the company said in a statement that was also posted on the website of the U.S. Food and Drug Administration. “Consumers also are advised not to consume any products that are beyond their ‘best by’ date,” the statement said.

According to the statement, the symptoms of Cronobacter sakazakii, which is rare, can include fever, vomiting and a urinary tract infection. Clostridium botulinum can bring on illness anywhere from six hours to two weeks after eating contaminated food and could be deadly, the statement said. Symptoms can include impaired vision, drooping eyelids, slurred speech, difficulty swallowing and muscle weakness.

‘Congress allying with outfits that wish to divide nation’: Amit Shah at rally in...

Queen Elizabeth’s Funeral Will Be on Sept. 19 at Westminster Abbey