Americans on the left end of the political spectrum have become less anxious about Covid.

Almost six months ago, when my Morning colleagues and I released our last poll about Covid, the deep anxiety among Americans identifying as “very liberal” was one of the main findings.

Forty-seven percent of very liberal adults said that they believed Covid presented a “great risk” to their own personal health and well-being. That was a significantly larger share than among conservatives, moderates or even liberals who stopped short of calling themselves very liberal. Particularly striking was the level of concern among liberals under age 45, even though the virus’s worst effects have been concentrated among older people.

I understand why attitudes about the virus vary so sharply by ideology. Our country is polarized on most high-profile issues today. In the case of Covid, Donald Trump and some other Republicans exacerbated the divide by making a series of false statements that downplayed the threat or misrepresented the vaccines.

To many liberals, taking Covid seriously — more seriously, at times, than the scientific evidence justified — became an expression of identity and solidarity. As one progressive activist tweeted last year, “The inconvenience of having to wear a mask is more than worth it to have people not think I’m a conservative.”

This morning, we’re releasing the results of our latest Covid poll (which, like the earlier ones, was conducted by Morning Consult). This time, one of the central findings is how much attitudes have changed since the spring. Americans are less worried about the virus today — and driving that decline is the receding level of anxiety among the very liberal, including many younger adults.

The share of the very liberal who say the virus presents a great risk to their own personal health has fallen to 34 percent. The 13-point drop since March was larger than the drop among any of the six other ideological self-identifications in the poll: 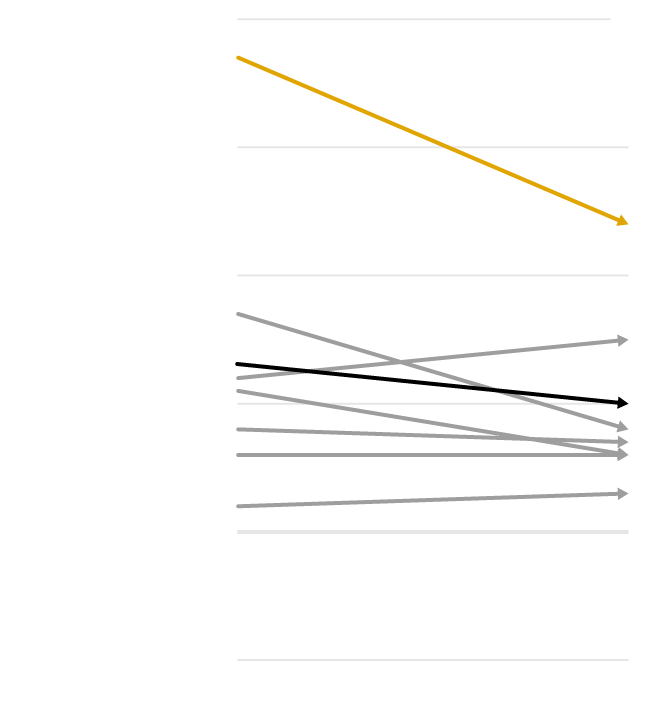 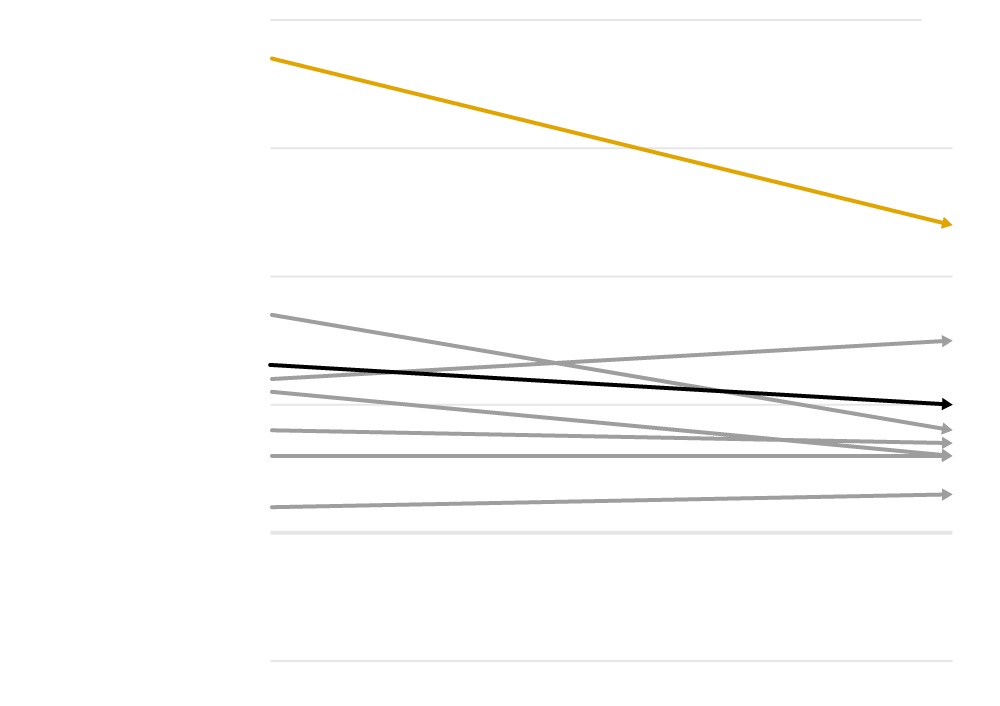 A growing number of very liberal Americans have decided that it’s time to treat Covid as an unpleasant but manageable part of life, much as many other Americans — as well as people in other countries — decided months ago.

What explains the change? In part, it’s probably a reflection of changing reality. Drugs like Paxlovid and Evusheld are now widely available, reducing the risks for vulnerable people.

But psychology seems to play a role too. After all, many aspects of the pandemic have not changed in the past six months. Both then and now, vaccines provided excellent protection against severe illness; the risks of hospitalization for children and most adults under 50 were minuscule; and the vaccines reduced the chances of long Covid.

All of which suggests that the decreasing anxiety among liberals also stems partly from the passage of time. Trump has not been president for more than 18 months. In his place is a Democrat pushing progressive policies on climate change, health care and student loans — and also encouraging Americans not to let Covid fears dominate their lives.

“Americans can remove their masks, return to work, stay in the classroom and move forward safely,” President Biden said this spring.

One example of changing liberal attitudes is related to in-person school. When asked about the best policy for K-12 education, a growing number of liberals support in-person school only, rather than hybrid or remote learning. The partisan gap on this question has narrowed since early this year: 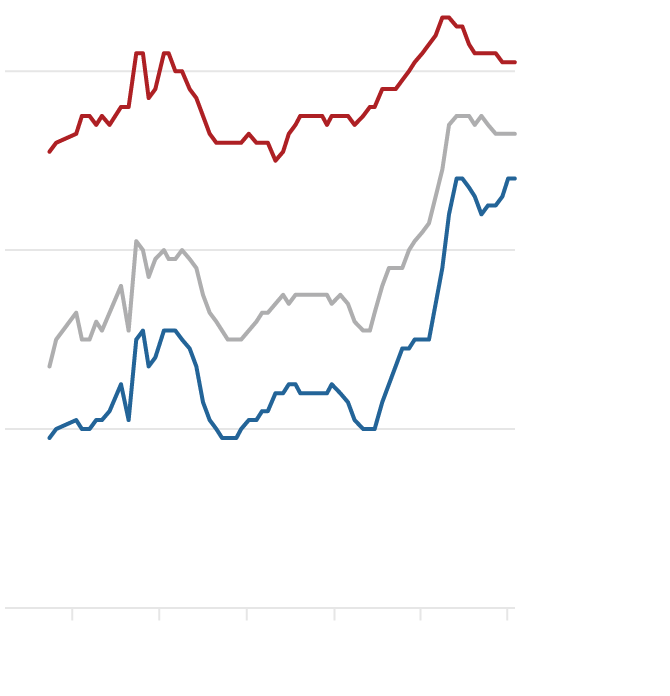 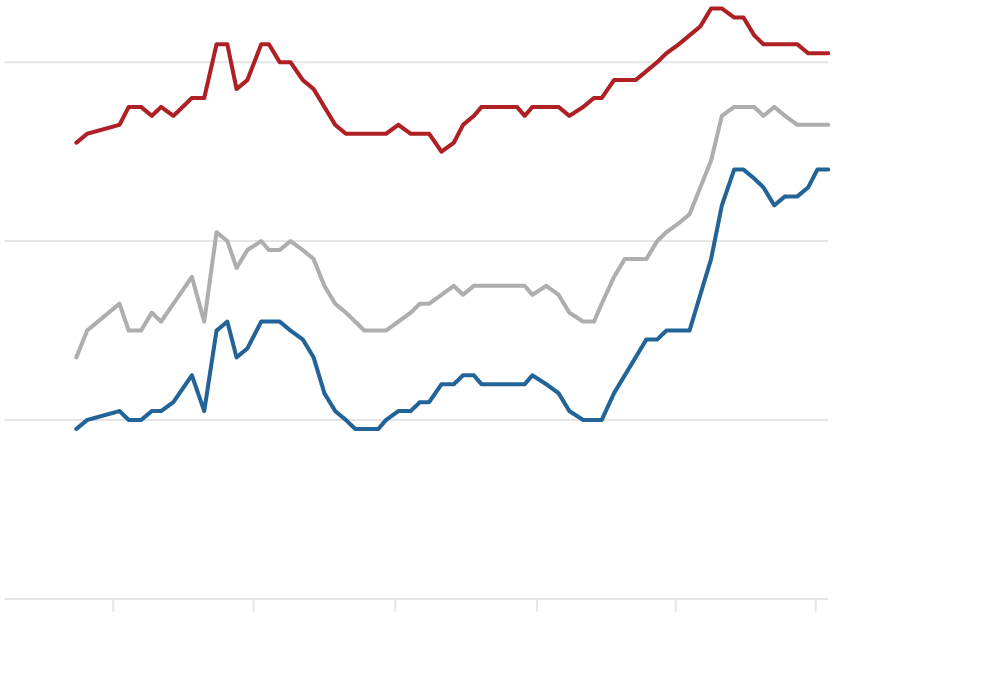 (The question about schools comes from the fascinating weekly polls that Morning Consult has been conducting since the start of the pandemic.)

To be sure, the partisan divides over Covid have not disappeared.

Conservatives are much less likely to be vaccinated or boosted, which means that many are voluntarily exposing themselves to Covid risk. And very liberal Americans remain more worried about the virus than almost any other demographic group, including the elderly.

That pattern does not seem consistent with scientific reality, given that the very liberal are younger than any other ideological group and that Covid’s effects are far worse for older people. But the pattern may help explain why young people in our poll reported wearing masks slightly more often than older people — and why the few schools and workplaces that still have mask mandates tend to be in liberal enclaves. 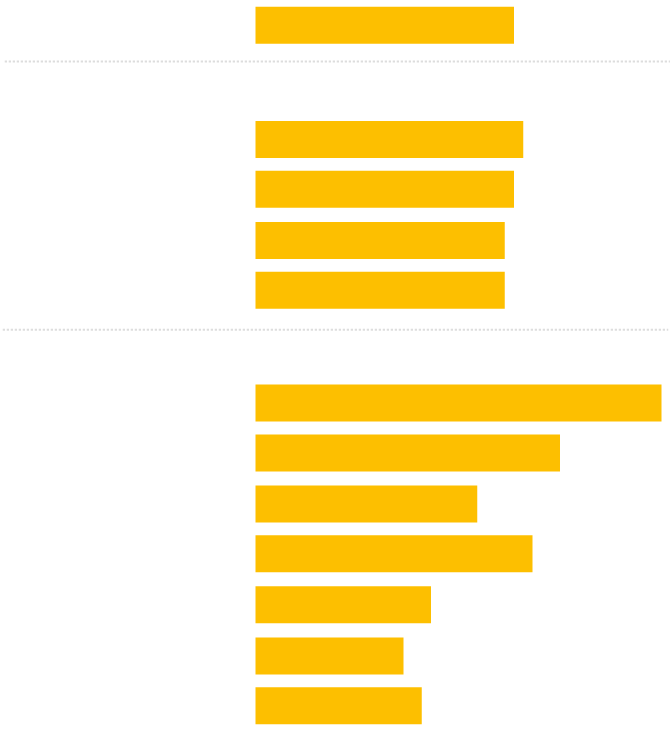 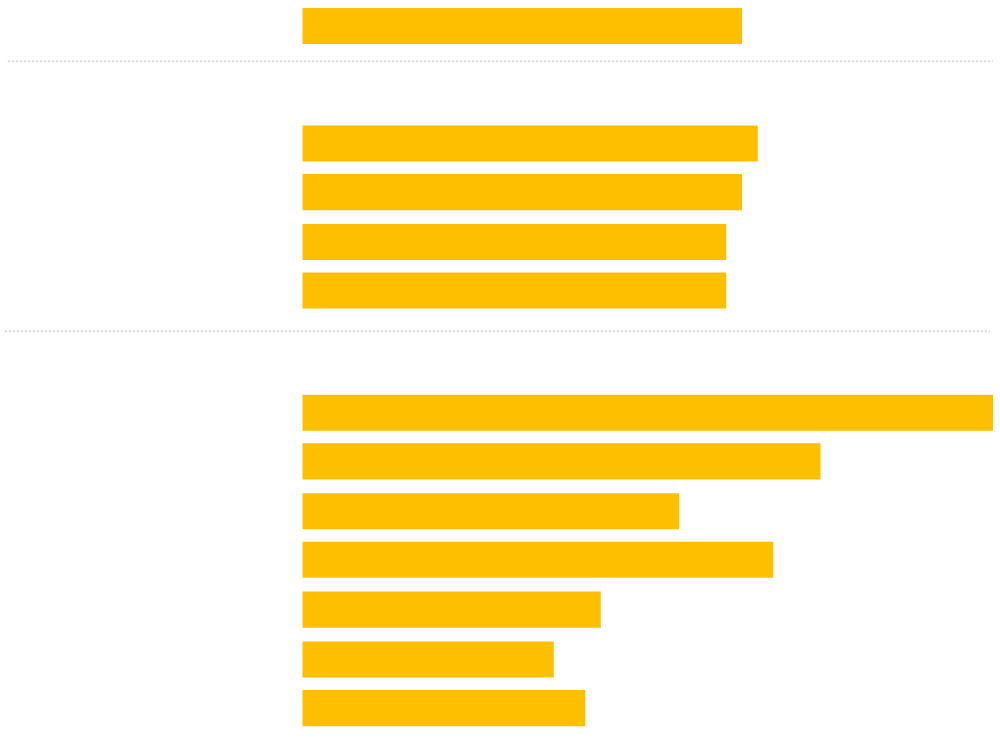 Still, here’s a prediction: Absent a major change in the virus itself (such as a dangerous new variant), the level of Covid anxiety will continue declining in coming months, across political tribes.

The federal government is likely to approve the next generation of booster shots — designed to be even more effective against the latest variants — in coming days. Within a week or two, these new shots will probably be available to Americans 12 and older.

A useful rule of thumb is that anybody who has not yet received a shot in 2022 should consider doing so in coming weeks. As Dr. Ashish Jha, the White House Covid coordinator, told me yesterday: “It’s really important, especially if you’re at elevated risk, but really for anyone. If you have not had a booster this year, it’s critical that you go and get one.”

Severe Covid illness continues to be heavily concentrated among people over 65, especially those who are unvaccinated or not current on their booster shots.

Yes, Anthony Fauci has been unfairly demonized. He has also been an inconsistent, flawed leader on Covid, Ari Schulman argues.

The study of history needs to place people and events in the context of their times, Bret Stephens writes.

The keeper: Fati found freedom in soccer, but it also made her a Taliban target. This is the story of her escape.

A Times classic: She met her (literal) prince at a nightclub.

Advice from Wirecutter: Manage your mail.

Lives Lived: For nearly 25 years as the White House’s executive pastry chef, Roland Mesnier made desserts for presidents and their guests. He died at 78.

Golf wars: World No. 2 Cameron Smith headlines the latest group of PGA Tour players to join LIV Golf. But the PGA should survive this first tidal wave and retained 18 of the top 20 players.

A tale of two N.F.L. teams: The Las Vegas Raiders have now moved on from their last three years of first-round draft picks after waiving Alex Leatherwood. Yikes. Meanwhile, the San Francisco 49ers are feeling good vibes with Jimmy Garoppolo sticking around their quarterback room.

Though he’s no pop star, John Adams is one of few modern composers who approaches celebrity status. He is known for his operas, including “Nixon in China” and “The Death of Klinghoffer,” and won a Pulitzer for “On the Transmigration of Souls,” a reflection on the Sept. 11 attacks.

Now Adams, 75, is preparing for a new challenge: an Old Hollywood-inflected production of “Antony and Cleopatra,” which premieres at San Francisco Opera on Sept. 10 and will then move to the Metropolitan Opera. Even after so many years, as Joshua Barone writes in this profile, this veteran of classical musical is a little nervous. “When you get to be my age, you’re not compared to other composers,” Adams said. “You’re compared to your earlier works.” — Natasha Frost

This make-ahead pasta salad is fragrant with basil.

For Venice’s less famous neighbor, a ban on large cruise ships is an underdog’s redemption.

The pangram from yesterday’s Spelling Bee was backroom. Here is today’s puzzle.

P.S. “The Run-Up” podcast returns to break down this year’s midterm elections. Listen to the trailer.

“The Daily” is about the Parkland school shooting.