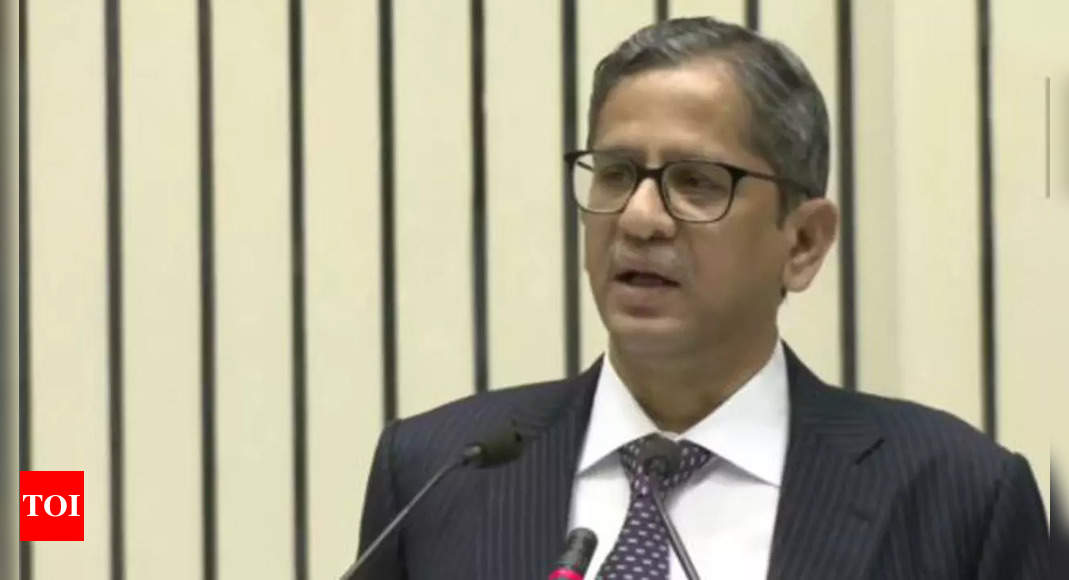 NEW DELHI: Chief Justice of India N V Ramana on Friday advised the police to recover its social authenticity and public trust by breaking nexus with the political executive.
The CJI asked the police and all other institutions to wait ethics and integrity.
“Individuals hesitate to approach police in times of misery. Its image is stained due to corruption, excesses, absence of impartiality and close nexus with the political class,” the CJI said according to news company ANI.
“Frequently law enforcement officers suffer being bugged after regime change,” he added.
CJI Ramana described lack of infrastructure and manpower, inhuman conditions at most affordable levels, absence of contemporary devices, questionable methods of obtaining proof, officers stopping working to abide by the rulebook and lack of accountability of officers as some of the concerns negatively affecting the policing system.
(With inputs from agencies)

Badhaai Do: Bhumi Pednekar with Rajkummar Rao shares first pic from the sets