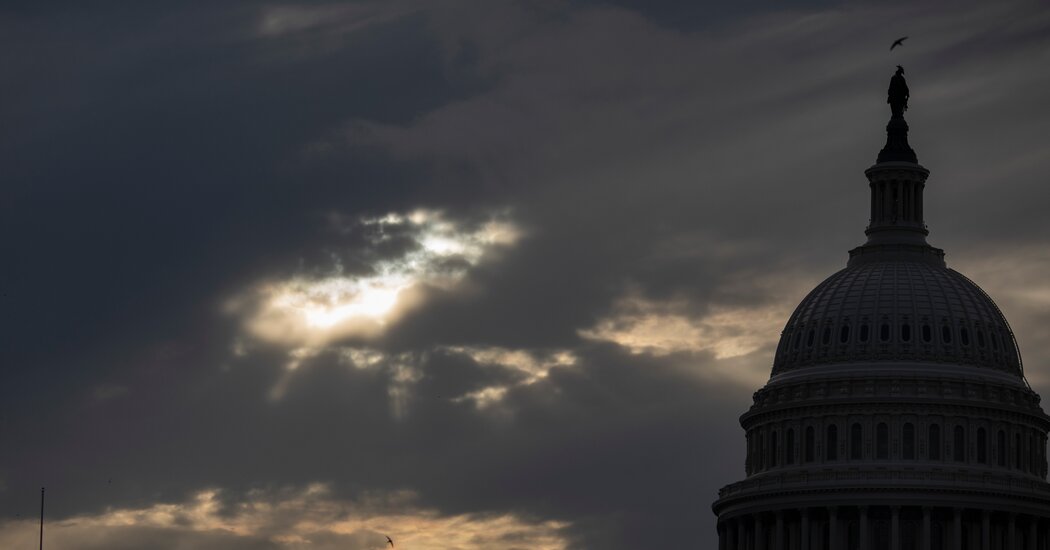 Dozens of lawmakers trade stocks related to their work, and it’s harming trust in the government.

Members of Congress have access to information that ordinary Americans don’t. They meet with chief executives, read classified intelligence reports and help set the rules by which the economy works.

That level of knowledge can give them an advantage if they or their families want to invest in the stock market — and many of them do: Nearly one in five members of Congress, from both parties, have in recent years bought stocks that intersected with their congressional committee work, a Times investigation found. And that’s probably an underestimate because lawmakers’ work extends beyond their committee duties, my colleague Kate Kelly, who reported on the story, told me.

Among the conflicts uncovered:

(You can see whether your representative or senator made the list.)

But that demonstrates the problem: Lawmakers can profit from their inside knowledge while remaining within the bounds of the law but creating, at a minimum, the appearance of a conflict of interest.

The trades exacerbate many voters’ sense that politicians put their own interests above the public’s or the country’s. That, in turn, helps fuel Americans’ distrust of their government. Congress in particular consistently scores poorly in surveys about confidence in institutions.

Each of the past three presidents promised to restore that trust, in his own way. Barack Obama campaigned on his anticorruption record and later signed a law trying to stop congressional insider trading. Donald Trump vowed to “drain the swamp” of corruption and self-dealing (though his administration was plagued by ethics scandals). President Biden has called on Congress to prove that “democracy still works” and that government “can deliver for our people.”

The institutional distrust can pose a threat to democracy, scholars warn. If Americans don’t believe the government is working for them, they may be more likely to support alternatives, even nondemocratic options. In other countries, authoritarians have tapped into public distrust to justify more extreme measures and changes, eroding democracy around the world.

Lawmakers have proposed bills to restrict their own stock trading. Some proposals would bar members of Congress and their spouses from buying stocks, a measure that majorities of voters support. Other legislation would force lawmakers and their spouses to put their investments into blind trusts.

On Wednesday, Speaker Nancy Pelosi promised a House vote on a congressional stock-trading bill this month. But neither that bill nor any other appears to have the bipartisan support needed to pass the Senate.

Why? For one, congressional stock trading can be a genuinely tricky issue. Some proposals would effectively force spouses to abandon yearslong careers that preceded a lawmaker’s time in Congress. That would be the case with, for example, Pelosi and Senator Tina Smith, whose husbands are professional investors.

It’s also unclear where to draw the line. Should lawmakers’ children, for example, be barred from buying stocks? (Some members of Congress think so: Representative Angie Craig said her college-age son had bought stocks without her knowledge. She told The Times that she disapproved of her son’s purchases and wanted to pass a law “to force him to listen to his mother.”)

And despite the optics, members of Congress may not be profiting much. Lawmakers’ stock purchases and sales from 2012 to 2020 did not perform better than other, similar stocks, a recent study found.

Still, there may be a simpler explanation for why lawmakers haven’t passed a bill, Kate said: “It’s not in their personal interest.”

America is something like 2,160,000 hours old. One and a half of which have been under a woman’s direction, Gail Collins writes.

A queer haven: What will happen to “the people’s beach”?

Modern Love: As his vision deteriorated, domestic tasks became an expression of love.

A Times classic: How to clean gross workout clothes.

Advice from Wirecutter: Protect your home from water damage.

Lives Lived: Fred Franzia, better known as Two-Buck Chuck, took on the wine industry’s high markups, selling wine at prices many families could afford every day. He died at 79.

Sun avoid elimination: Alyssa Thomas recorded the first-ever triple-double in a W.N.B.A. Finals game in Connecticut’s 105-76 win over Las Vegas. Game 4 is Sunday, with the Aces still one win away from a title.

Perhat Tursun’s “The Backstreets” was released this week, the first Uyghur novel to be published in English. The book tells the tale of a man descending into madness in an oppressive environment. The real-life story of its creation is similarly harrowing, Tiffany May writes in The Times.

Soon after the English translation was finished, China escalated its repression of Uyghur people — including the detention of intellectuals — and Darren Byler, its translator, held off on releasing it. Still, Tursun and Byler’s Uyghur co-translator had disappeared into camps by 2018. After learning that Tursun had received a 16-year sentence, Byler decided to publish the book.

“They deserve to have their voices and their work recognized,” he said.

Salmon, roasted to a buttery medium-rare, stars in this make-ahead-friendly dish.

In “The Divider,” political journalists chronicle the conduct and the infighting that marked the Trump presidency.

How well did you keep up with this week’s headlines?

The pangrams from yesterday’s Spelling Bee were delight, delighted, highlighted and lighted. Here is today’s puzzle.

“The Daily” is about the future of the Pacific. On “The Ezra Klein Show,” how Biden went from flailing to building.

T20 World Cup venues could be curtailed from 9 to 5 but too soon...

Denmark, Norway, Iceland halt use of AstraZeneca vaccine over concerns of blood clots