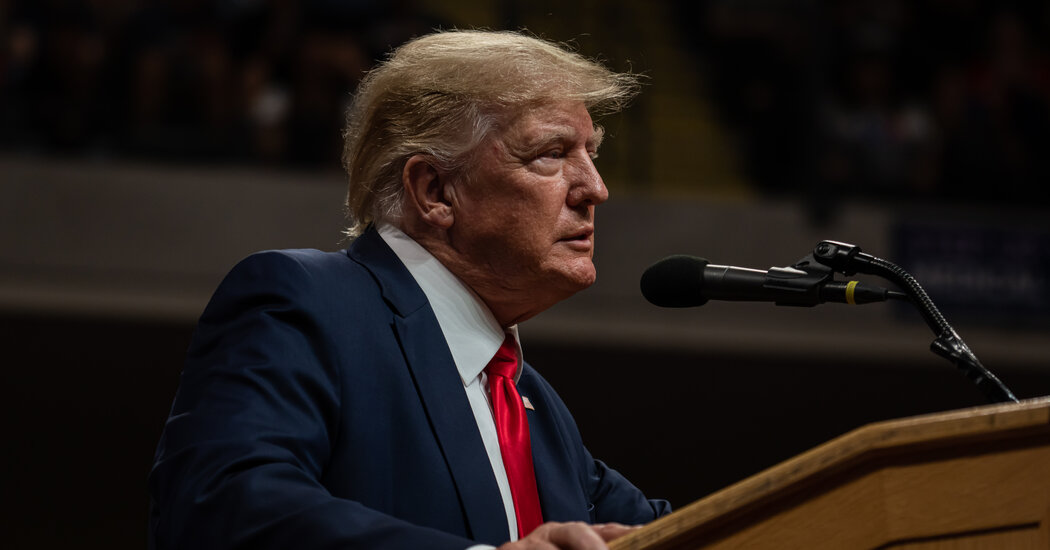 The board said it had found nothing to discredit the entries after reviewing the prize submissions from The New York Times and The Washington Post.

The board of the Pulitzer Prizes, the most prestigious award in journalism, on Monday rejected an appeal by former President Donald J. Trump to rescind a prize given to The New York Times and The Washington Post for coverage of Russian interference in the 2016 election and Russian ties to Mr. Trump’s campaign and members of his administration.

The board said in a statement that two independent reviews had found nothing to discredit the prize entries, for which the two news organizations shared the 2018 Pulitzer for national reporting.

The reviews, part of the formal process that the Pulitzers use to examine complaints about winning entries, were conducted after the board heard from Mr. Trump and other complainants.

“Both reviews were conducted by individuals with no connection to the institutions whose work was under examination, nor any connection to each other,” the board said. “The separate reviews converged in their conclusions: that no passages or headlines, contentions or assertions in any of the winning submissions were discredited by facts that emerged subsequent to the conferral of the prizes.”

“The 2018 Pulitzer Prizes in national reporting stand,” the statement concluded.

The winning entries included 20 articles from The Post and The Times on evidence of links between Russian interference and Mr. Trump’s campaign and administration, and efforts by Mr. Trump to influence investigations into those connections.

Mr. Trump, who has pushed back against any implication that Russia helped him defeat Hillary Clinton, has repeatedly called for the prizes to be rescinded. In a letter in October, he said the coverage “was based on false reporting of a nonexistent link between the Kremlin and the Trump campaign.” On May 27, in a letter to Marjorie Miller, the administrator of the prizes, Mr. Trump threatened to sue for defamation if the awards were not rescinded.