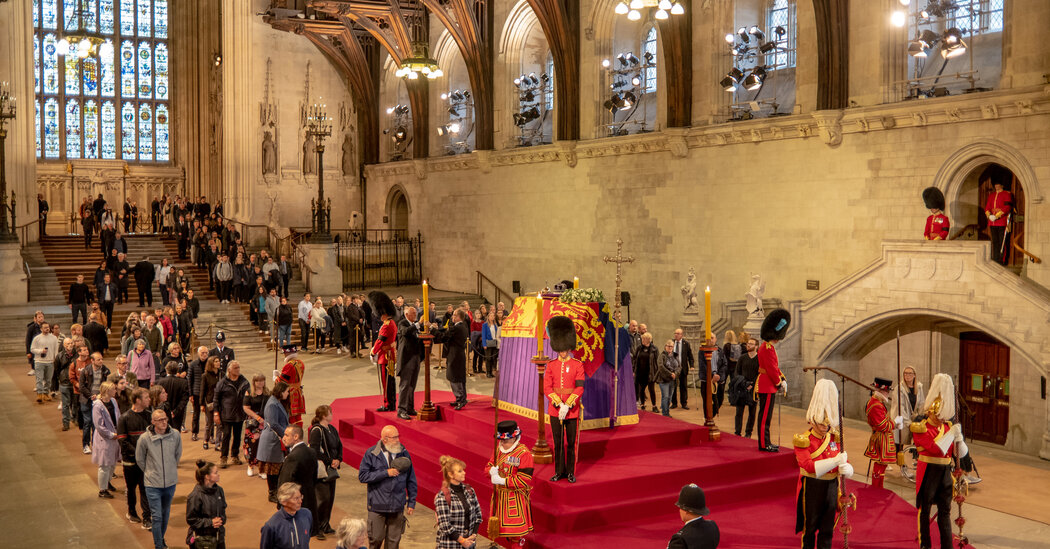 Buckingham Palace officials have detailed minute-by-minute plans for the funeral of Queen Elizabeth II on Monday. Here are some of the key events.

In the morning, heads of state and foreign royals will gather at the Royal Hospital Chelsea, a home for retired soldiers in West London. From there, they will travel together to Westminster Abbey.

At 6:30 a.m. local time (1:30 a.m. Eastern), the doors of Westminster Hall, where the queen had been lying in state, closed to the public in preparation for her coffin to be moved to the abbey for her funeral.

The abbey will open at 8 a.m. for invited attendees.

A procession will accompany the queen’s coffin from Westminster Hall to Westminster Abbey at 10:35 a.m. The route will be lined by members of the Royal Navy and the Royal Marines, and the procession will be led by about 200 musicians, including the pipes and drums from the Scottish and Irish Regiments. The carriage will be followed by King Charles III and members of Britain’s royal family.

At 11 a.m., the funeral service will be conducted by the dean of Westminster, with readings by Prime Minister Liz Truss and Patricia Scotland, the secretary general of the Commonwealth. The archbishop of Canterbury, the Most Rev. Justin Welby, will give the sermon.

Toward the end of the ceremony, two minutes of silence will be observed across Britain. The service is to end at noon.

A procession will then follow to Wellington Arch, near Hyde Park, before the coffin is driven to Windsor, about 24 miles to the west.

At Windsor Castle, the hearse will join a new procession to St. George’s Chapel. There, a committal service will take place at 4 p.m. The service will be conducted by the dean of Windsor and is open to the queen’s past and present staff members, including those who have worked on private estates.

Before the final hymn, the crown jeweler will remove the Imperial State Crown, the orb and the scepter, which are resting on top of the coffin, and place them onto the altar.

After the hymn, the coffin will be lowered into the royal vault, a burial chamber under the chapel. The archbishop of Canterbury will pronounce the blessing, which will be followed by the singing of “God Save the King.”

The burial service that will follow, at 7:30 p.m., also conducted by the dean of Windsor, will be private.

Has this been done on PM Modi’s advice? Mamata questions 8-phase election in Bengal