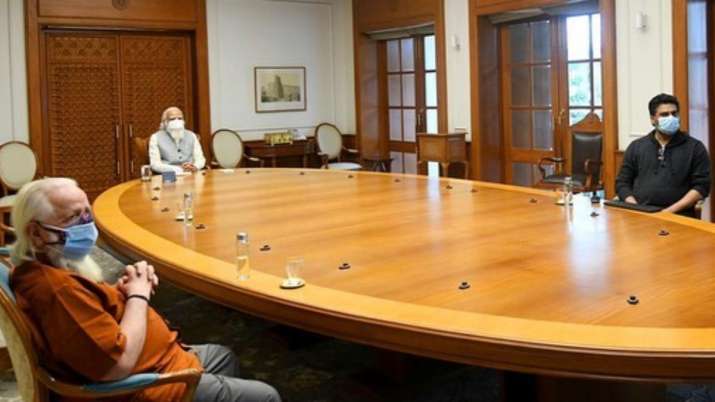 Actor R Madhavan is all set to make his directorial debut with his upcoming film Rocketry: The Nambi Effect. The actor turned director on Monday shared a picture on social media from his recent meeting with Prime Minister Narendra Modi. Also present at the meeting was S. Narayan Nambi, scientist and aerospace engineer at Indian Space Research Organisation (ISRO) on whose life Madhavan’s debut directorial feature, Rocketry: The Nambi Effect, is based.

The picture shows them seated in a boardroom, observing social distancing.

“A few weeks ago, @NambiNOfficial and I had the honour of calling on PM @narendramodi. We spoke on the upcoming film #Rocketrythefilm and were touched and honoured by PM’s reaction to the clips and concern for Nambi ji & the wrong done to him. Thank you for the privilege sir,” Madhavan wrote as the caption.

PM Narendra Modi also took to his Twitter and wrote, “Happy to have met you and the brilliant Nambi Narayanan Ji. This film covers an important topic, which more people must know about. Our scientists and technicians have made great sacrifices for our country, glimpses of which I could see in the clips of Rocketry. “

The nail-biting trailer of the film was dropped on April 1 which was well received by both audience and the critics.

Madhavan, who had tested positive for the novel coronavirus a few days back, was widely appreciated for his powerful performance in the trailer.

As a senior official at the Indian Space Research Organisation (ISRO), Narayanan was in charge of the cryogenics division. In 1994, he was falsely charged with espionage and arrested. The charges were dismissed by the Central Bureau of Investigation (CBI) in 1996, and the Supreme Court declared him not guilty in 1998.