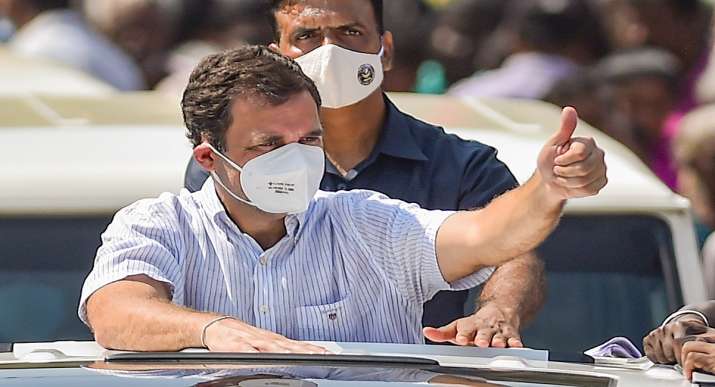 A day after Rahul Gandhi accused the Rashtriya Swayamsevak Sangh (RSS) of ‘systematically penetrating all institutions’, the Bharatiya Janata Party (BJP) on Wednesday hit back at the Congress leader.

Addressing a press conference in New Delhi, Union Minister Prakash Javadekar said that RSS is like a large school and Rahul Gandhi will need time to understand what the organisation stands for.

“RSS  is the world’s biggest school…Sangh motivates people for nationalism. Rahul Gandhi will take time to understand this,” Javadekar said.

During a video interaction with economist Kaushik Basu from the Cornell University in the US, Rahul Gandhi had on Tuesday said that the Emergency imposed in 1975 by his grandmother and the then PM Indira Gandhi was a ‘mistake’.

The former Congress president, however, added that there was ‘fundamental’ difference between what happened then and the present day scenario.

“There is a fundamental difference between what happened during the Emergency, which ‘was wrong’, and what is happening in the country now. The RSS is doing something fundamentally different. They are filling institutions with their people. Even if we defeat the BJP in the elections, we are not going to get rid of their people in the institutional structure,” he added.