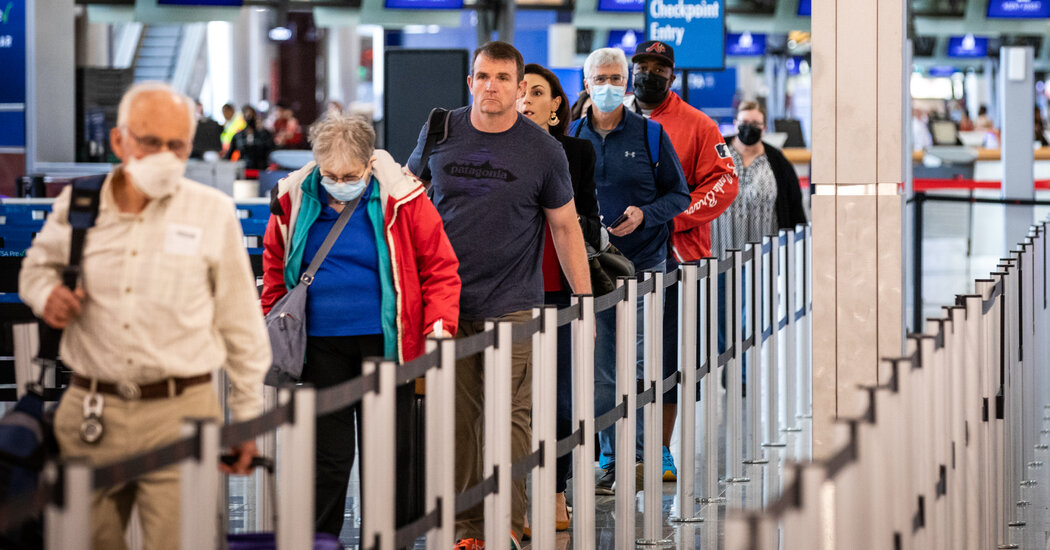 After years of delays, security-enhanced driver’s licenses and other updated identification requirements were set to be mandatory next spring. Now the government is giving you another two years.

The 2005 Real ID Act, which mandates that U.S. travelers must carry more than a standard driver’s license to board a domestic flight, was set to go into effect on May 3, 2023. But on Monday, after some 15 years of delays, the Department of Homeland Security pushed the deadline for enforcement by an additional 24 months. Travelers now have until May 7, 2025, to update their documents.

The Real ID Act is a post-Sept. 11 law that requires U.S. travelers flying within the United States to show Transportation Security Administration agents either a security-enhanced driver’s license or another T.S.A.-approved form of identification like a passport. When the act eventually goes into effect, a state driver’s license that does not contain a Real ID seal will no longer be accepted at airport security checkpoints across the country.

Congress passed the Real ID Act after finding that nearly all of the hijackers who boarded commercial planes on Sept. 11, 2001, were carrying U.S. driver’s licenses and state IDs, and that most of those documents had been obtained fraudulently. The act, which sets minimum standards for driver’s licenses and other types of identification cards, was initially intended to take effect in 2008. It has been extended multiple times, including twice during the Covid-19 pandemic.

The most recent rollout has been marked by confusion. While Real IDs show the applicant has been screened and approved by federal standards, the cards are issued by individual states, U.S. territories (except for American Samoa, which is under review) and the District of Columbia. Processes for applying vary from state to state, and the physical look of the card varies, too: Real ID cards are marked by a star, but its placement is inconsistent.

In some states, including New York, Michigan and Minnesota, residents have the alternative option to apply for an Enhanced Driver’s License, which is Real ID-compliant but is marked not by a star but a flag. Unlike Real IDs, E.D.L.s can also be used for travel to and from the United States by land or sea from Canada, Mexico and some Caribbean countries in lieu of a passport.

And in Washington State, residents can only apply for an E.D.L. The standard Real ID license isn’t available at all.

This time around, it seemed the deadline for May 3, 2023, was going to stick, and state motor vehicle departments rolled out marketing campaigns to encourage residents to change their documents in time. In many states, the switch to Real IDs requires a fee.

But this month, federal authorities determined that not enough citizens were ready for the change, said Dan Velez, the New England spokesman for the T.S.A., and made the decision to extend the deadline two more years.

“Real ID progress over the past two years has been significantly hindered by state driver’s licensing agencies,” Mr. Velez said. “The extension is necessary to give states the needed time to ensure their residents obtain a Real ID-compliant license or identification card.”

The No-Jet Set: They’ve Given Up Flying to Save the Planet

Where is Jack Ma? Here’s what we know so far about Chinese billionaire’s disappearance

Ramesh Pokhriyal to discuss changes in CBSE curriculum 2021 with school heads today at...

Paris Hilton Confirms Kim Kardashian’s Invited To Her Wedding — But Won’t Say If...