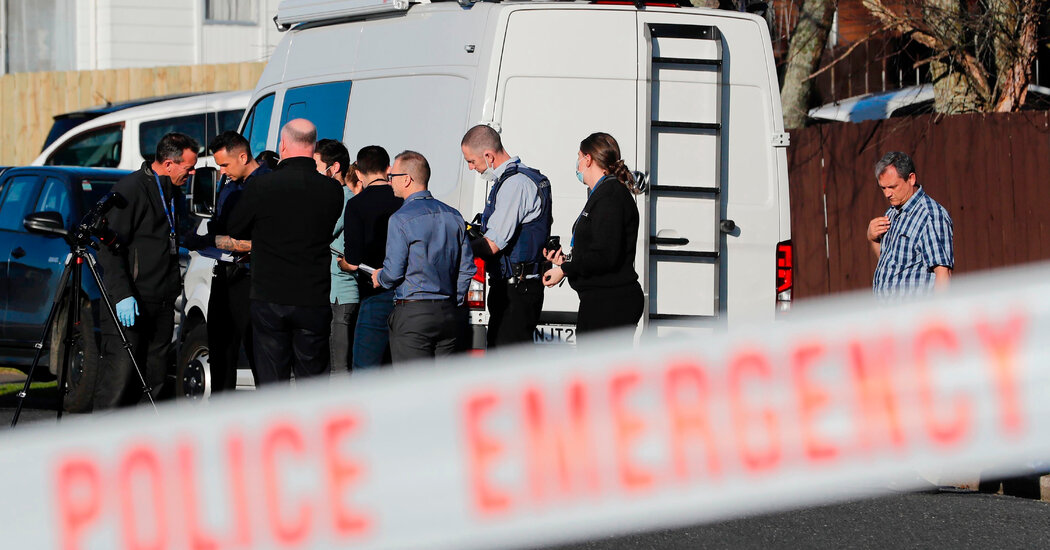 The police did not immediately release the precise ages of the children, their genders, or whether they might have been related. “We still have a lot of unanswered questions,” a detective said.

The remains of two young children were found in two suitcases that were purchased along with other household items in an online auction in New Zealand, prompting the police there to begin a homicide investigation, the authorities said on Thursday.

The police were still working to identify the children, who are thought to have been dead for “a number of years,” but believe they were primary school age, Detective Inspector Tofilau Faamanuia Vaaelua of the New Zealand Police said in a statement on Thursday.

The police did not immediately release the precise ages of the children, their genders, or whether they might have been related. They indicated that foul play was suspected. “We are determined to hold the person, or persons, responsible for the deaths of these children to account,” Detective Vaaelua said.

The remains were found on Aug. 11 by the residents of a property in Manurewa, a suburb of South Auckland, after they brought back “unowned property” from a storage facility that they had purchased at an online auction, the police said. They added that the residents were not connected to the deaths.

“They are understandably distressed by the discovery, and they have asked for privacy,” Detective Vaaelua said. “We are ensuring there is support in place for them.”

Detective Vaaelua said the investigation had posed difficulties, including the lapse of time between when the children died and when their remains were discovered. They also said surveillance footage of the storage facility would be difficult to sift through because of how much time investigators needed to cover. The police said the suitcases were in the storage unit for perhaps three or four years.

When asked about the use of DNA analysis to locate relatives of the children, Detective Vaaelua said at a news conference on Thursday that the authorities were making “very good” progress but were “not over the line yet.”

The authorities in New Zealand were working with Interpol, the world’s largest international police organization, and had reached out to other overseas police agencies but did not provide more detail, Detective Vaaelua said.

“We’re still on a fact-finding mission,” he said. “And we still have a lot of unanswered questions.”