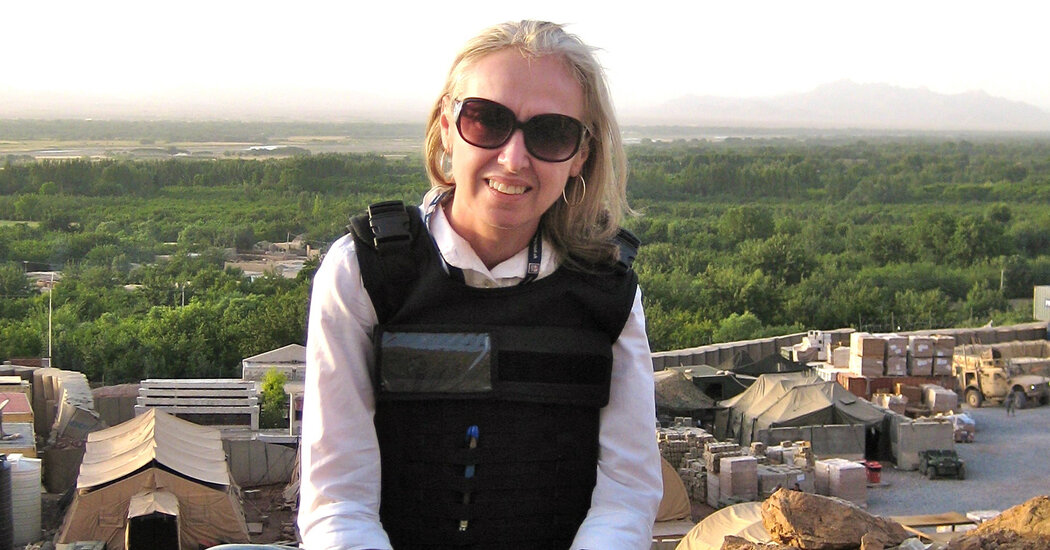 A veteran war reporter in Afghanistan was told she would go to jail if she didn’t tweet an apology for her reporting. She has since safely left the country.

The Taliban forced a longtime war correspondent to publicly retract some of her articles this week, telling her that she would go to jail if she did not, she said, in the latest crackdown on press freedom in Afghanistan.

The reporter, Lynne O’Donnell, an Australian who writes for Foreign Policy and other publications, explained her circumstances on Wednesday, after she had safely left Afghanistan.

“They dictated. I tweeted,” she wrote on Twitter. “They didn’t like it. Deleted, edited, re-tweeted. Made video of me saying I wasn’t coerced. Re-did that too.”

In an article on Wednesday in Foreign Policy, Ms. O’Donnell wrote that Taliban intelligence agents had “detained, abused and threatened me.”

She said the Taliban had taken issue with articles that she wrote in 2021 and 2022 about the threat of forced marriages by Taliban fighters and the violence facing L.G.B.T.Q. people living in Afghanistan. She wrote that one intelligence officer had told her that “there are no gays in Afghanistan,” while another had told her that he would kill anyone he learned was gay.

A spokesman for the Taliban did not immediately respond to a request for comment.

The forced retraction by a Western journalist underscores the increasing restrictions on the press in Afghanistan, where new leadership that promised to allow media freedom is instead harassing and detaining journalists.

A United Nations report released Wednesday found that in the 10 months since the Taliban took control of Afghanistan, 173 journalists and media workers were subject to human rights violations, including arrests, torture and threats. Six journalists were killed in that period, five of them by ISIS militants, and the other from unclear circumstances.

“What the Taliban leadership says is not in line with how the lower-level Taliban act toward the media, so the situation is getting worse, with a lot of censorship,” said Susanna Inkinen, an Afghanistan adviser for International Media Support, a nonprofit.

She said the amount of freedom that journalists had was dependent on the province and the local Taliban. “People are much more careful what they report, how they report,” she said. “There are issues people don’t cover anymore.”

Ms. Inkinen said she wasn’t aware of any other case in which a reporter had been forced to publicly walk back reporting.

In one of the coerced tweets, posted on Tuesday, Ms. O’Donnell wrote: “l apologize for 3 or 4 reports written by me accusing the present authorities of forcefully marrying teenage girls and using teenage girls as sexual slaves by Taliban commanders. This was a premeditated attempt at character assassination and an affront to Afghan culture.”

In another, she said: “These stories were written without any solid proof or basis, and without any effort to verify instances through on-site investigation or face-to-face meetings with alleged victims.”

Ravi Agrawal, the editor in chief of Foreign Policy, said the publication stood by Ms. O’Donnell’s work and its continuing coverage of Afghanistan.

“The fact that the Taliban forced her to retract her reporting via a tweet speaks for itself,” Mr. Agrawal said.

He added: “We will continue to report on Afghanistan from afar and publish expert analysis as we have long done. Lynne’s ordeal is confirmation that reporting from inside Afghanistan is becoming more and more dangerous.”

In an interview from Pakistan on Wednesday, Ms. O’Donnell said the ordeal had lasted about four hours.

“The only thing I had in my mind that was my only protection is that they are desperate for diplomatic recognition that will give them legitimacy as the government of Afghanistan, and they don’t have that,” she said.

Ms. O’Donnell, who now lives in London, was the Afghanistan bureau chief for The Associated Press and Agence France-Presse from 2009 to 2017. She also reported from the country in the lead-up to the withdrawal of U.S. forces last year.

She returned to Kabul, the capital, on Sunday to see what had happened to the country in the year since she left.

She said local journalists had been detained, beaten and killed, with many leaving the country.

“Their media organizations have been closed or forced to accept whatever line the Taliban gives them,” Ms. O’Donnell said, adding of the coverage: “It’s a black hole. The light has gone out.”

“To human rights groups, what’s most alarming is that the restrictions make it harder and harder to know what’s going on around the country on a day-to-day basis,” he said.

Mr. Sifton said that while it was a concern that Ms. O’Donnell had been detained, the greater risks were to people she had spoken with and the local staff who had worked with her and remained in Afghanistan.

“There are still working Afghan journalists trying to do their job, and they are facing far greater threats than any of the expatriates,” he said.