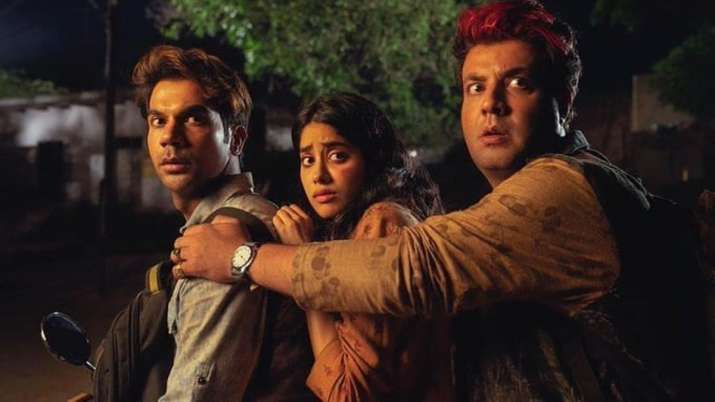 Bollywood actors Janhvi Kapoor and Rajkummar Rao‘s recently-released horror-comedy film ‘Roohi’, which had opened to mixed responses, witnessed a growth in its third-day collection i.e. on Saturday. The film has managed to earn decent numbers on first two days and it is expected that the weekened will further proove to be good for the business of the film. Accoridng to Box Office India, the film earned arounf Es 2.75 crore on Day 3.

Sharing the box office details of the first two days of the film Roohi, Taran Adarash said, “#Roohi declines on Day 2… The drop is understandable, since Friday was a working day and certain pockets – where it collected strong on Thursday – were bound to get affected… Picked up in evening shows… Thu 3.06 cr [#MahaShivratri], Fri 2.25 cr. Total: ₹ 5.31 cr. #India biz”

READ more...  Rasika Dugal on why she is sceptical about special appearances

‘Roohi’ which was previously called ‘Rooh Afza’ and then ‘Roohi Afzana’, was initially slated to hit the theatres in the first week of June, last year. However, due to the ongoing coronavirus pandemic, the makers had to postpone the release date. A Jio Studios Presentation, ‘Roohi’ is produced by Dinesh Vijan and Mrighdeep Singh Lamba. The film marks the first-ever collaboration of Rajkummar and Janhvi. Rajkummar and Varun have earlier shared screen space in the 2015 release ‘Dolly Ki Doli’.

The horror-comedy also become the first film to arrive in theatres after the Ministry of Information and Broadcasting allowed cinema halls nationwide to operate at full capacity from February 1 with COVID-19 safety protocols put in place. The film is based on the lines of the 2018 hit film ‘Stree’, which featured Shraddha Kapoor and Rajkummar Rao in lead roles.