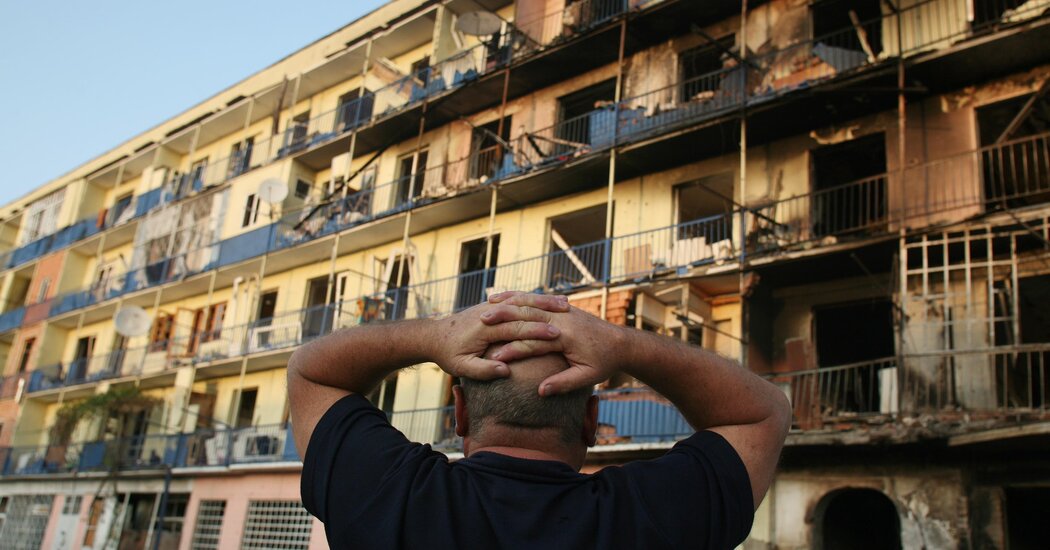 The Russian strikes that hit civilian targets across Ukraine on Monday and Tuesday — including a medical facility, museums, a playground, a German consulate and a high-rise office building — have been a regular feature of Moscow’s war strategy since the invasion began.

There is also evidence that Russian forces took a similar approach during past conflicts in Chechnya, Georgia and Syria.

Here is an overview:

Russia has repeatedly denied accusations over the years that its forces indiscriminately attack civilians.

In the current war, Ukraine’s resistance has prompted Russia to widen its attacks from military targets to cities and residential areas. Military experts say they see echoes of Russia’s strategy from other recent conflicts, in which it bombed heavily populated areas indiscriminately and used civilian casualties as leverage.

World leaders have vowed to hold Russia responsible for war crimes in Ukraine, including attacks on civilians. An international conference in The Hague has begun coordinating an approach to the broad accusations of war crimes in Ukraine. But that could take many years, as investigators face a high burden of proof and denials from the Kremlin.

Strategically, pummeling civilians may not help Russia prevail. The Institute for the Study of War, a Washington think tank, said on Monday that Russia had used its limited supply of precision weapons to attack civilian areas. That may deprive President Vladimir V. Putin of options for disrupting Ukrainian counteroffensives, particularly in the south and east of the country, it said.

Italy to vaccinate its athletes for Tokyo Olympics

Bengal polls 2021: Another face-off between PM Modi and Mamata Banerjee in Kharagpur today