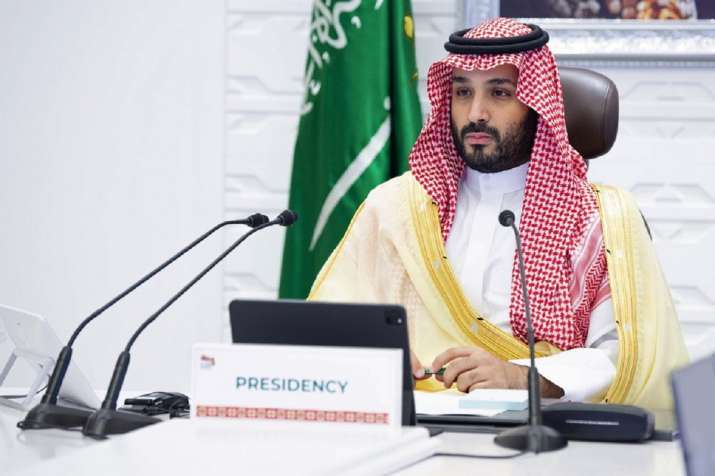 Saudi Crown Prince Mohammed bin Salman approved an operation to capture or kill journalist Jamal Khashoggi in Istanbul, according to a US intelligence report submitted to Congress. Fifty-nine-year-old Khashoggi, a dissident Saudi journalist who lived in the US as a legal permanent resident and wrote for the Washington Post, was critical of the prince’s policies and was killed in the Saudi Arabian Consulate in the Turkish city on October 2, 2018.

The Office of the Director of National Intelligence (ODNI) said in the report that at the time of the Khashoggi murder, the prince probably fostered an environment in which aides were afraid that failure to complete assigned tasks might result in him firing or arresting them.

This suggests that the aides were unlikely to question the prince’s orders or undertake sensitive actions without his consent, said the report dated February 11, a declassified portion of which was submitted to Congress on Friday.

ODNI said it bases the assessment on the prince’s control of decision making in the Saudi Kingdom, the direct involvement of a key adviser and members of Muhammad bin Salman’s protective detail in the operation and his support for using violent measures to silence dissidents abroad, including Khashoggi.

“Since 2017, the crown prince has had absolute control of the Kingdom’s security and intelligence organisations, making it highly unlikely that Saudi officials would have carried out an operation of this nature without the prince’s authorisation,” stated the report.

Soon after the report’s submission, US Secretary of State Antony Blinken announced the “Khashoggi Ban” that imposes visa restrictions on 76 Saudi individuals believed to have been engaged in threatening dissidents overseas, including but not limited to the Khashoggi killing.

Blinken said in October 2018, the world was horrified by the murder of Khashoggi, a lawful permanent US resident, in the Saudi consulate in Istanbul.

Individuals should be able to exercise their human rights and fundamental freedoms without fear of government retribution, retaliation, punishment or harm. Khashoggi paid with his life to express his beliefs, he said.

“President (Joe) Biden said in a statement released last October on the second anniversary of the murder that Mr Khashoggi’s death would not be in vain, and that we owe it to his memory to fight for a more just and free world,” he said.

Blinken said the Biden administration submitted an unclassified report to Congress, providing transparency on the killing.

He said as part of the president’s pledge, the US is announcing “additional measures to reinforce the world’s condemnation of that crime, and to push back against governments that reach beyond their borders to threaten and attack journalists and perceived dissidents for exercising their fundamental freedoms”.

READ more...  Aaj Ki Baat LIVE: Why the ‘pir’ of a dargah floated a political party for Muslims in Bengal

Blinken said the “Khashoggi Ban” allows the State Department to impose visa restrictions on individuals who, acting on behalf of a foreign government, are believed to have been directly engaged in serious extraterritorial counter-dissident activities.

These activities include those that suppress, harass, surveil, threaten or harm journalists, activists or other persons perceived to be dissidents for their work or who engage in such activities with respect to the families or other close associates of such persons, he said.

“Family members of such individuals also may be subject to visa restrictions under this policy, where appropriate,” Blinken said, adding that to start, the department, imposed restrictions on the 76 Saudi individuals.

The ODNI report said the 15-member Saudi team that arrived in Istanbul on October 2, 2018, included officials who worked for or were associated with the Saudi Center for Studies and Media Affairs at the Royal Court.

It said at the time of the operation, CSMARC was led by Saud al-Qahtani, a close adviser of Salman, who claimed publicly in mid-2018 that he did not make decisions without the prince’s approval.

The team also included seven members of the prince’s elite personal protective detail, known as the Rapid Intervention Force. The RIF, subset of the Saudi Royal Guard, exists to defend the prince, answers only to him, and had directly participated in earlier dissident suppression operations in the Kingdom and abroad at his direction, the report said.

“We judge that RIF members wouldn’t have participated in the operation against Khashoggi without the prince’s approval,” ODNI said.

The prince viewed Khashoggi as a threat to the Kingdom and broadly supported using violent measures if necessary to silence him. Though Saudi officials had pre-planned an “unspecified operation against Khashoggi we do not know how far in advance Saudi officials decided to harm him”, it said.

ODNI said it has high confidence that nearly a dozen individuals participated in, ordered or were otherwise complicit in or responsible for the death of Khashoggi on behalf of the prince.

Khashoggi had visited the consulate for documents for his marriage to a Turkish woman. The prince in 2019 had said he took “full responsibility” for the killing since it happened on his watch, but denied ordering it.

On the visa policy, Blinken said “as a matter of safety for all within our borders, perpetrators targeting perceived dissidents on behalf of any foreign government should not be permitted to reach US soil”.

“While the US remains invested in its relationship with Saudi Arabia, President Biden has made clear that partnership must reflect US values. To that end, we have made absolutely clear that extraterritorial threats and assaults by Saudi Arabia against activists, dissidents and journalists must end,” he said.

(With inputs from AP and PTI)