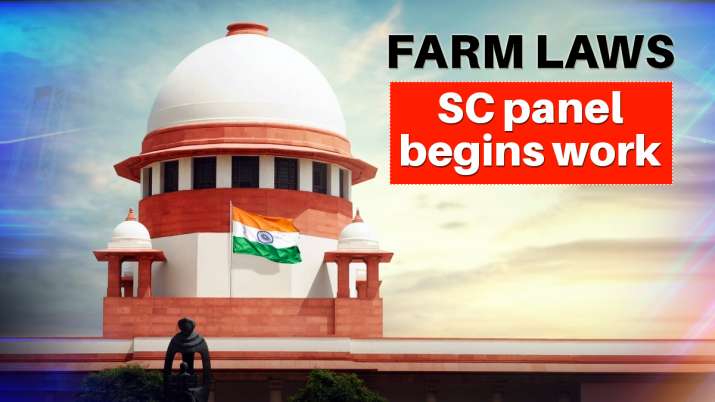 The Supreme Court-appointed panel has said that it panel will seek views of farmers, central and state government, all stakeholders on new farm laws. After the panel’s first meeting here, its member Anil Ghanwat asserted that the panel members will keep their personal views on farm laws aside while preparing report to be submitted to Supreme Court.

Anil Ghanwat said that the panel is in favour of deliberations but the biggest challenge before is to “convince farmers to speak to us and share”, adding that “we will make all possible efforts”.

Ghanwat, who is the president of the Shetkari Sanghatana, said the panel will hold its first round of talks with farmers and other stakeholders on January 21.

READ MORE: Tenth round of talks between Centre and farmers postponed to Wednesday

“Panel members will keep their personal views on farm laws aside while preparing report to be submitted to the Supreme Court,” he said.

“We want to request those farmers who don’t want to come before us that we are neither from any party nor from the government side. We are from the Supreme Court side,” he said on allegations by the agitating unions and opposition parties that all the members were pro-government.

“Come and talk to us. We will listen to you and present your views before the court. We request them to come and speak to us,” Ghanwat said.

The Supreme Court had set up the four-member panel on January 11, but one of them, Bhupinder Singh Mann, recused himself later after questions were raised by the agitating farmer unions about the views expressed by all members in the past in support of the contentious laws, against which thousands are protesting on Delhi borders for almost two months now.

On whether any replacement would be made for Mann, Ghanwat said that the committee has been appointed by the Supreme Court and it is up to the apex court whom to appoint. “We have been given a responsibility and we will fufill it properly,” he said.

Separately, nine rounds of talks have taken place between the government and agitating unions without any concrete resolution.