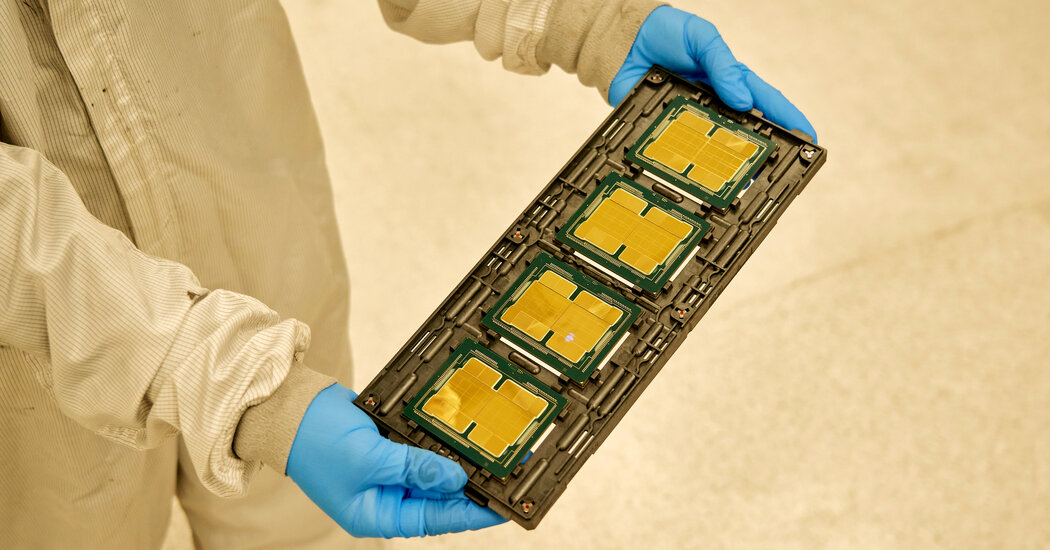 WASHINGTON — A broad bipartisan bill to bolster American competitiveness with China gained traction in the Senate on Wednesday after the top Democrat moved to restore critical investments in manufacturing and technology that were at risk of being dropped after a monthslong negotiation.

In a test vote on Tuesday night, the Senate agreed to move forward with the most politically powerful and commercially urgent piece of the measure: legislation that would shower more than $52 billion in subsidies and tax credits on companies that build semiconductors in the United States.

The 64-34 vote indicated widespread support for a yearslong effort to enact expansive industrial policy legislation to counter China’s technological and manufacturing dominance. The undertaking had appeared to sputter in recent weeks as lawmakers labored to reach agreement on the sprawling bill.

After 16 Republican senators voted in support of the measure, Senator Chuck Schumer, Democrat of New York and the majority leader, restored to the legislation a host of critical research and development measures that had previously been sidelined. In an unusual exercise, Mr. Schumer had said he would add the provisions only if the bill drew 60 votes, indicating that it could survive a filibuster and move to passage in the Senate.

Now, the Senate is set to advance a broader package that would authorize roughly $250 billion into research and development of critical technologies. Written by a Midwesterner and New Yorker — Mr. Schumer and Senator Todd Young, Republican of Indiana — it seeks to concentrate those investments in once-booming industrial hubs to revitalize communities hollowed out by corporate offshoring.

“This will all help America lead the way in developing technologies of tomorrow,” Mr. Schumer said. “When we invest in the science here, we create millions of new good paying jobs and assure that America will be the leader in these cutting edge issues which will dominate the 21st century economy.”

The Senate could pass the legislation as early as this week, and Speaker Nancy Pelosi said on Wednesday that the House could take this bill up as early as next week, praising it as “a major victory for American families.”

Hundreds of measures included in the original bill, including a provision that would give the government oversight over American companies looking to invest in countries overseas, were dropped from the legislation.

In addition to the investments in the National Science Foundation and federal research and development, senators also included language that would prohibit chip companies receiving federal funding from expanding or building new manufacturing sites for advanced semiconductors in “specific countries that present a national security threat to the United States.”

Kanye West Under Investigation For Battery