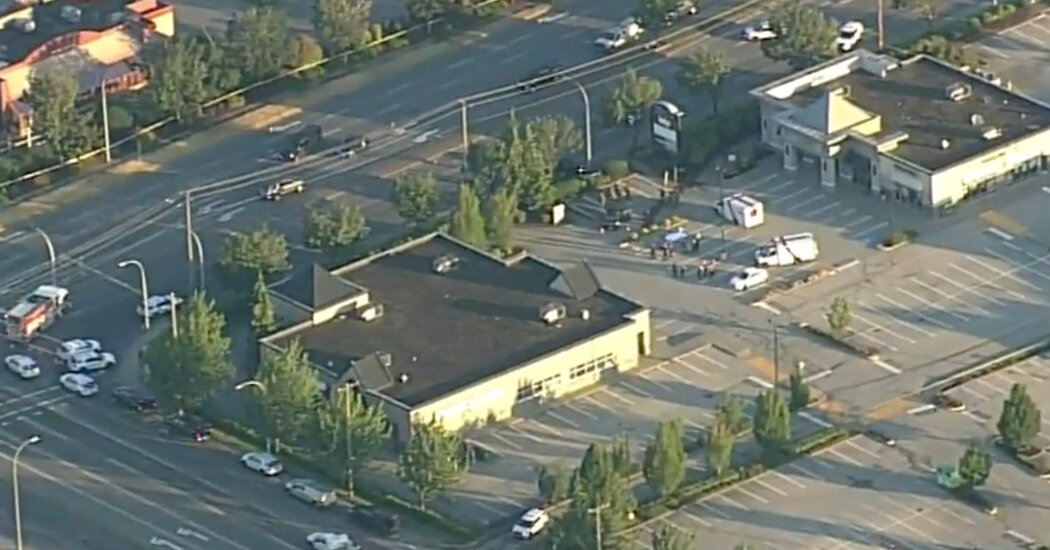 The Royal Canadian Mounted Police responded to gunshots in at least three locations in Langley, southeast of Vancouver. A man was in custody, the authorities said.

Several people were injured and one man was in custody after shootings in at least three locations outside Vancouver, British Columbia, on Monday morning, the police said.

It was not immediately clear how many people were injured or whether anyone had been killed in the shootings, which prompted the authorities to send emergency alerts to cellphones in the area. They said that a homicide team had been dispatched to the area.

The Royal Canadian Mounted Police said they responded to reports that shots had been fired “at several different scenes throughout the city and township of Langley,” about 30 miles southeast of downtown Vancouver.

“Out of an abundance of caution, an Emergency Alert was issued until investigators can confirm that the suspect was acting alone,” Sergeant Rebecca Parslow of the Royal Canadian Mounted Police said in a statement.

One alert said that one of the shootings involved “transient victims.” That alert described the suspect as a white man with dark hair who was wearing Carhartt coveralls and a T-shirt with a blue-and-green camouflage pattern.

At 7:20 a.m. local time, the police said, they took a man into custody who they believed was the lone suspect. His name was not immediately released.

The motive for the shooting was unclear. The police asked the public to avoid the downtown area of Langley.

“The public is asked to stay out of the area until further notice,” the authorities said.

IPL 2021 | SRH suffer another dramatic collapse as MI turn it around in...

Deshaun Watson’s Suspension Will Test the N.F.L.’s Support for Women

Dates for assembly elections in 4 states, Puducherry announced, results on May 2

Amitabh Bachchan pens poem post surgery says without sight, but sightless not in my...