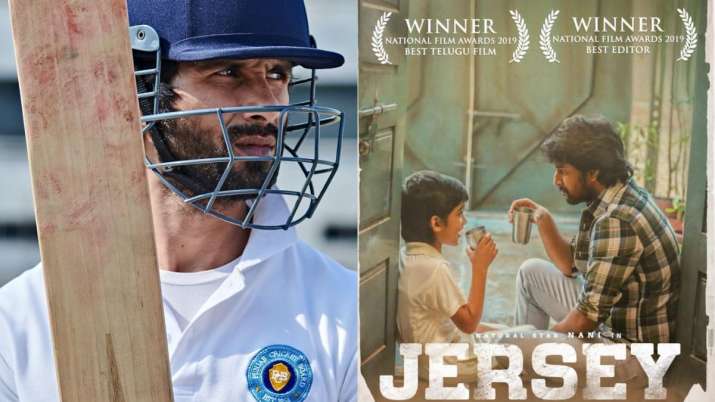 Two Telugu feature films, ‘Jersey’ and ‘Maharshi’, have won the National Award in different categories at the 67th National Film Awards on Monday. They were none other than Nani starrer ‘Jersey’ and Mahesh Babu starrer ‘Maharshi’ that won Best Telugu feature film and best popular film providing wholesome entertainment respectively. As soon as the winners were announced, Bollywood actor Shahid Kapoor took to social media to congratulate the team. For those unversed, he will next be seen in the Hindi remake of the hit film. He added a pun to the congratulatory wish as he wrote, “Huge congratulations to the entire team. Thanks for the extra pressure @gowtamnaidu @nameisnani @shraddhasrinath @sitharaentertsinments.”

Speaking about the remake, it is directed by Gowtam Tinnanuri and will be releasing around Diwali this year. The film was slated to release on August 28 however due to the coronavirus pandemic, things went downhill. The film’s plot revolves around the story of a cricketer who returned to cricket at the age of 30 and joins the Indian cricket team.

Shahid Kapoor was last seen in Kabir Singh co-starring Kiara Advani which released in the year 2019. It was also a remake of the Telugu hit ‘Arjun Reddy’ featuring Vijay Deverakonda in lead role.