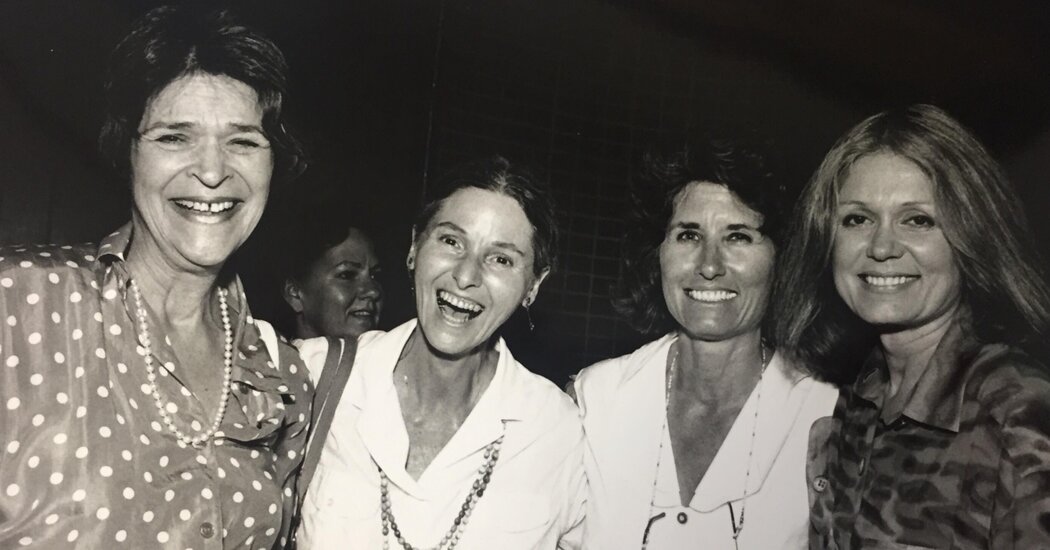 Feeling jittery about math — and altogether avoiding it — “is a serious handicap” that often affected women, she wrote in Ms. magazine in 1976, followed by a book on the subject.

When Sheila Tobias finished her freshman year at Radcliffe College in 1954, her professor in a natural sciences course congratulated her on her performance. But for many years she was troubled that he had not encouraged her to take more science classes. When she finally asked him, he said that her limited science background had already made her ineligible for a science career.

“I think everything I have done since then originated in the thrill of that course and in the door closing through no fault of my own,” she told Physics Today magazine in 2020. “I had to become a feminist and meet women like myself who were thwarted in their careers.”

That experience inspired her two decades later to explore what she called “math anxiety”: the jitters that made smart students, mostly females, avoid mathematics as it became increasingly difficult. She wrote about the concept in 1976 in Ms. magazine in an article that Gloria Steinem, a leader of the women’s movement and a founder of the publication, considered “one of the most important pieces we’ve ever published,” as she put it in an interview with the Arizona newspaper The Tucson Citizen in 2007.

“She described for the first time that there is no more a math mind than there is a history mind,” Ms. Steinem was quoted as saying. “It is just that people learn in different ways.”

In the Ms. article, Ms. Tobias wrote: “Math anxiety is a serious handicap. It is handed down from mother to daughter with father’s amused indulgence. (‘Your mother could never balance a checkbook,’ he says fondly.) Then, when a colleague recognizes it in an employee, she can be barred from any endeavor or new assignment by the threat that the new job will involve some work with ‘data or tables or functions.’”

Ms. Tobias, who expanded the article into a book, “Overcoming Math Anxiety” (1978), died on July 6, 2021, in a nursing home in Tucson. She was 86. Her death was not widely reported at the time; it was recently brought to the attention of The New York Times by the author and journalist Clara Bingham, who learned of it while seeking to interview Ms. Tobias for an oral history project about the women’s liberation movement.

Ms. Tobias’s stepdaughter, Mari Tomizuka, said the cause was complications of a subdural hematoma resulting from a fall.

Ms. Tobias is also survived by her stepsons Frank, David and John Tomizuka and 13 step-grandchildren. Her marriage to Carl Tomizuka, a physicist, ended with his death in 2017. Together they wrote “Breaking the Science Barrier: How to Explore and Understand the Sciences” (1992). A previous marriage, to Carlos Stern, ended in divorce.

Ms. Tobias became an associate provost at Wesleyan University in 1970, the year women were admitted to its freshman class for the first time since 1909. Soon after, she began studying the transcripts of female students and noticed a disturbing pattern: They were avoiding math, or any other major that required a knowledge of math, like physics, chemistry or economics.

In 1975, Ms. Tobias opened a clinic to deal with math anxiety at Wesleyan and recalled writing math symbols on a blackboard and asking students, “Do these look hostile to you?”

Although math anxiety affected men as well, Ms. Tobias found, she framed it as a feminist issue at a time when the women’s movement was in the forefront.

Sheila Tobias was born on April 26, 1935, in Brooklyn to Paul and Rose (Steinberger) Tobias.

After receiving a bachelor’s degree in history and literature at Radcliffe in 1957, she worked as a journalist in Germany. She received her master’s in history from Columbia University in 1961 and worked in print and television journalism. Cornell University appointed her assistant to the vice president of academic affairs in 1967.

That same year she helped organize a Cornell conference on women that was attended by Betty Friedan, author of “The Feminine Mystique” (1963). Ms. Tobias also taught a women’s studies course, believed to be one of the first in the country.

She left Cornell to join Wesleyan in 1970 and stayed there for eight years. She also became a consultant to math departments at colleges and an author (with Peter Goudinoff, Stefan Leader and Shelah Leader) of a book that sought to demystify the military: “What Kinds of Guns Are They Buying for Your Butter? A Guide to Defense, Weaponry and Military Spending” (1982).

“The appeal is to sweet reason, not to fear, outrage, anger or chauvinism,” Judith Stiehm wrote about the book in the journal Quarterly Report on Women and the Military. “With the publication of this volume, all of us have lost our excuses; each of us can be easily armed for debate.”

In her research on math anxiety Ms. Tobias discovered that many college students had a similar fear of science. That led to the book “They’re Not Dumb, They’re Different: Stalking the Second Tier” (1990), written while she worked for the Research Corporation in Tucson. The book explored why students abandon science for other subjects. As part of her research, she paid liberal arts graduate students to take first-year chemistry and physics courses at the University of Arizona and the University of Nebraska and to take notes on their experiences.

“What they found was that most courses remain unapologetically competitive, selective and intimidating,” she told The Hartford Courant in 1991, and “there was little attempt to create a sense of community among average students of science.”

She found that some students — men and women — were turned off by science because, they said, too much time was spent studying formulas without knowing why they were learning them. Others said science courses failed to connect what they were learning with the larger world.

Ms. Tobias lectured on war and peace studies at the University of Southern California; on women’s studies at the University of California, San Diego; and on history at the City College of New York. She wrote several more books about science as well as “Faces of Feminism: An Activist’s Reflection on the Women’s Movement” (1997). She was also a top official of the organization Veteran Feminists of America.

“She was very strong and forthright,” Alison Hughes, a former director of the Center for Rural Health at the University of Arizona, said in a phone interview. “She had a brilliant mind — she challenged everything.”

Muriel Fox, a founder of the National Organization for Women, called Ms. Tobias “a leading thinker in our movement.”

“She was always looking for new ways to think,” Ms. Fox said. “She was a rebel.”

Disha Vakani aka Dayaben from Taarak Mehta Ka Ooltah Chashmah to be replaced? THIS...

‘Lying either now or in 2019 manifesto’: Agri minister slams Sonia, Rahul Gandhi over...