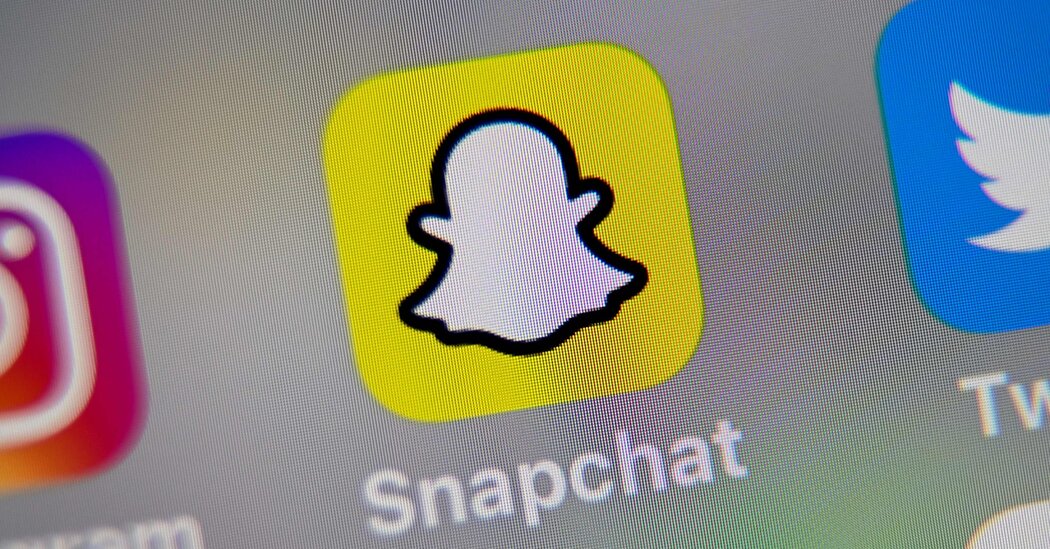 The maker of Snapchat has been struggling with a sharp slowdown in its advertising business.

For years, Snap, the maker of the ephemeral messaging app Snapchat, steadily grew its advertising business. That changed last year after Apple enacted privacy changes that made it harder for apps to target advertising to their users.

Since then, Snap’s business has continued to slow.

On Thursday, the company reported that its revenue for the third quarter rose 6 percent to $1.13 billion from a year earlier. It was Snap’s slowest-ever rate of quarterly growth. Net loss was $359 million, far wider than the $72 million loss from a year earlier, as spending increased more than 25 percent. Wall Street analysts had predicted revenue of $1.12 billion.

Even so, Snap continued to add new users. Its daily active users increased 19 percent to 363 million, above the 358 million predicted by Wall Street analysts. Since 2019, the company has reported a quarterly increase in users of at least 17 percent.

Snap again declined to forecast its future performance because of “uncertainties related to the operating environment.” In a letter to investors, the company said revenue in the current quarter had increased 9 percent from a year ago, though it believed “it is highly likely that year-over-year revenue growth will decelerate” over the rest of the quarter.

The results compounded a dismal year for Snap, which has long been a smaller social media service compared with rivals like Facebook but has been embraced by young adults. As the company dealt with the effects of Apple’s privacy changes on its business, it also had to contend with deteriorating economic conditions, such as rising inflation, which made advertisers even more reluctant to spend.

While other social media companies have also experienced weakening demand for digital advertising, Snap — which makes almost all of its money from ads — has seen a particularly harsh decline. That’s partly because advertisers are more likely to start budget cuts with smaller companies like Snap, rather than giants like Meta, which owns Facebook and Instagram, said Jasmine Enberg, a principal analyst at Insider Intelligence.

“Advertisers still don’t understand the platform and consider it experimental,” she said of Snapchat.

Snap’s stock price has fallen more than 76 percent since the beginning of the year.

In August, several of Snap’s executives departed. To cut costs, the company laid off 20 percent of its employees and discontinued at least six products, including a drone camera it had announced only four months prior. It appointed a chief operating officer, a position that had been vacant for seven years. And Mr. Spiegel, 32, vowed to get the company back on track by focusing on growing Snap’s community, revenue and augmented reality technology.

“Unfortunately, given our current lower rate of revenue growth, it has become clear that we must reduce our cost structure to avoid incurring significant ongoing losses,” he wrote in an email to employees at the time. “I am deeply sorry that these changes are necessary to ensure the long term success of our business.”

Snap has been betting on augmented reality for growth, even as Meta and others are pushing into immersive digital spaces in the so-called metaverse. Snap started selling augmented reality glasses, called Spectacles, in 2016 and has developed software for businesses to use its augmented reality technology. But the most recent version of Spectacles was given only to some content creators and is not for sale yet. Mr. Spiegel has said the glasses may not enter the mainstream for another decade.

The company also faces more competition for the attention of young people from TikTok and the photo-sharing app BeReal. This year, in a survey by the investment bank Piper Sandler, 38 percent of American teenagers said their favorite social media platform was TikTok, and 30 percent said Snapchat. From 2016 through 2021, Snapchat had held the top position in the semiannual survey.

Snap has also faced scrutiny from legislators and regulators for exposing young people to potentially harmful content, which critics have said can worsen eating disorders and contribute to other mental health problems. The company has been accused of enabling teenagers to buy drugs like fentanyl through its platform as well.